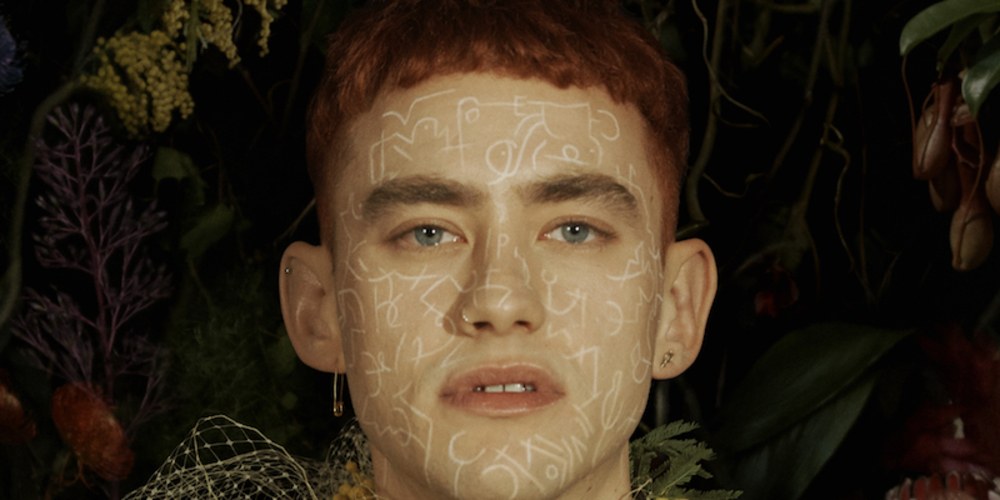 Years & Years have kept relatively quiet since they saw mass success with their single, “King.” Their debut album, Communion, charted at #1 on the Billboard Top Dance/Electronic Albums, and the effort won the band multiple awards, most in their home country of the UK. Through 2016 and 2017, the synthpop trio toured around the world, primarily playing festival dates, and fans laid back eagerly awaited their next LP. With the release of Palo Santo, Years & Years have delivered a prodigious album packed with one pristine pop track after another, far surpassing their freshman LP.

Through the video for lead single, “Sanctify,” we learn Palo Santo, the dystopian society which sets the backdrop for the album, subjects humans to perform cabarets to make inexpressive androids feel emotion. As the album begins on that same track, the curtain lifts to begin a religious journey through the range of human feeling. Lead singer Olly Alexander details his encounter with another man, who identifies as straight, and the difficulty that comes with breaking down hypermasculinity. In the brilliantly biting line, “you don’t have to be straight with me / I see what’s underneath your mask,” he provides a safety for the other, while paradoxically uncovering an often difficult and unsafe truth. The album then continues with “Hallelujah,” an infectious dance track which beckons 80s pop in its delivery. Pleading to dance “until our bodies are singing hallelujah,” the religious undertone persists, but this time, in a much more unholy manner. Later, on “Preacher,” the metaphor is much more explicit as Alexander toils with the difficulty of his partner’s father being a preacher, trying to soothe the unease by reassuring that the father is “a preacher, but he’s preaching a lie.”

The album remains mainly pessimistic in its view of romance, mainly centered around breakups and difficult relationships. Even “Hypnotised,” which seems like a ballad on the surface, hides a darker truth, as Alexander beckons for a utopia for the two that in reality, does not exist. Beginning the song, it is clear the pair of lovers are heading into dangerous waters, as sirens whisper to “take it all.” Despite the sweetness of the imagery in “petals fall before your eyes / you kiss me and I’m hypnotized,” the listener is aware that the two will likely not last as they continue to ignore the warning signs. This theory is proven true, as Alexander admits that the “water’s rising, then I choke” on the very next song, “Rendezvous.” As much as they attempt to stay afloat, no illusion remains, and the relationship is sinking.

Palo Santo then transforms into a sharp critique of Alexander’s ex-partner, and that partner’s new relationship. Act II of Palo Santo begins with “If You’re Over Me,” a song that masks the pain of being lied to with an upbeat, almost teasing tone. On “Lucky Escape,” Alexander is “back to being angry again” as he viciously attacks his ex, realizing “I think I dodged a bullet / I made a lucky escape.” When the album’s title track finally arrives, he struggles with coming to terms with the fact that Palo Santo, in reality a wood which is supposed to get rid of negative energy, serves as a metaphor for his lover, and “is the darkness in me.”

The emptiness that comes with this show of countless emotions comes to a climax during the short transition track, “Here.” Over hollow acapella backing vocals, Alexander detaches from the performance, and repeats like a mantra, “I’m not here.” He then transforms into a wolf on “Howl,” and begs to be heard through this dissociative trance, where perplexed, he finds, “I’m awake, I’m awake, I’m dreaming.” However, some freedom seems to finally be granted during “Don’t Panic,” as Alexander reassures that he will overcome the difficulty, and break out of the reverie.

As his cabaret production ends on “Up in Flames,” Alexander finds that his lover has moved on to a new woman, and has moved past the “innocence” and the “devil sins” which led him to Alexander back in the beginning with “Sanctify.” As his past half receives his closure in his new relationship, Alexander gets some closure too, as even though he’ll “remember everything,” he watches on as “our past is going up in flames / and the future can be rearranged.” Through the ashes, there lies a hope that the future can be altered, and can end more favorably for Alexander.

Years & Years performance, intended to make you feel the multitude of human emotion in a short 47 minute show, does exactly that. Through love, anger, lust, religion, sin, pain, and severance, even the cold-blooded androids of Palo Santo are able to feel the highest and lowest episodes of humankind. The ability to communicate these feelings, and so much more, makes Palo Santo an album that simply cannot be ignored.

Check out Years & Years short film for Palo Santo here, featuring clips from the “Sanctify” and “If You’re Over Me” music videos, and listen to the album on all platforms now.