WQHS Goes to Made in America: Day 1

For the second year in a row, I had the honor of covering the Made in America Festival for WQHS. It’s my fourth year at the festival overall, making it an important part of my fall at Penn. The lineup this year made me particularly excited, and I think overall is the best that it’s been since my freshman year. (Although, honestly, this year might be even better than that year.) On Day 1, I divided my time between the smaller Tidal Stage and the headlining stages, Rocky and Liberty. The biggest change this year was that they got rid of the Skate Stage, a bizarre entity that involved a crossover between a skate park and a stage. This stage always showcased up-and-coming alternative artists from a variety of genres, and I was honestly sad to see it go. Even stranger was the Festival’s decision to replace it with a motorcycle course.

Day 1 was a great day overall. Weather was beautiful—sunny but not too hot. I began my day at the Tidal Stage, arriving early enough to catch the end of singer/rapper Melii’s set. Hailing from Harlem, Melii put on an energetic set, flanked by several backup dancers. The stage wasn’t big enough for them to do much dancing, but it still gave it some aspect of performance. Although I did not know her music before the set, she definitely convinced me to take a listen.

Next on the Tidal Stage came IDK, a rapper from the DC area. I first learned about IDK when he opened for Aminé on campus at a SPEC-TRUM show. I was impressed with his energy and ability to work a crowd. I was not disappointed. He ensured that the crowd stayed energized and engaged the whole set. He talked about his impending album release and how he thinks this could be his moment to gain in popularity. He made the point that this might be the last chance for him to perform in a setting this intimate, a setting in which he seems to thrive. Despite the ambivalence of this statement, he seemed to revel in the moment. Towards the end of the set, he jumped in the crowd and moshed along with them. For both IDK and the crowd, it was a performance to remember.

I then went across the festival to the Liberty Stage to see Jorja Smith perform. I have been playing her debut album, Lost & Found, on repeat since it came out last summer, so I was very excited for her set. She played with a full band, which I always prefer. At a festival especially, it sounds much fuller. The instrumentation of her songs sounded especially lovely. Her vocals still came out stunningly, and she exuded a cool and effortless spirit. Most of the songs she performed were from the debut album, but she also sang some newer singles, like “Be Honest” ft. Burna Boy, which came out this summer. Her set provided a refreshing late afternoon interlude after the high energy performances that came before her.

After Jorja, I walked across the field to see Anderson.Paak & The Free Nationals perform at the Rocky Stage. The performance began with his trumpeter walking out while playing the melody to “The Bird.” He was then joined by the rest of the full band and Anderson himself, who started the set at the drums. He later walked to the front of the stage to sing. I had expected an excellent live musical performance, given his instrumental talent, but I did not expect him to be such a charismatic performer. He danced and glided around the stage in an immensely engaging and compelling way. He played a mixture of older and newer hits that got the crowd dancing along with him.

After Anderson came Rosalía, the set I was most anticipating. Since I discovered her album, El Mal Querer, in the winter, I have not stopped listening to it. I love her unique blending of genres and impeccable production, and had high hopes for her performance. As we waited for the set to start, the crowd was the most excited I had seen for any other performer that day. And we all certainly got what we had come for. She emerged with dancers dressed in all white and singers dressed in all black. The dancing, which could have come across as cheesy, was perfectly executed and added greatly to the performance. Like her music, the dancing blended flamenco and hip hop. This did not come at the cost of the vocals, however. Her backup singers were impeccable, as was she. Rosalía is a pop star in the truest sense, and I was blown away. Her set gave me chills. By far it was one of the best festival sets I’ve ever seen. After what had been a long day, I decided to call it quits, as none of the nighttime performers particularly excited me. I wanted to be 100% for Day 2. 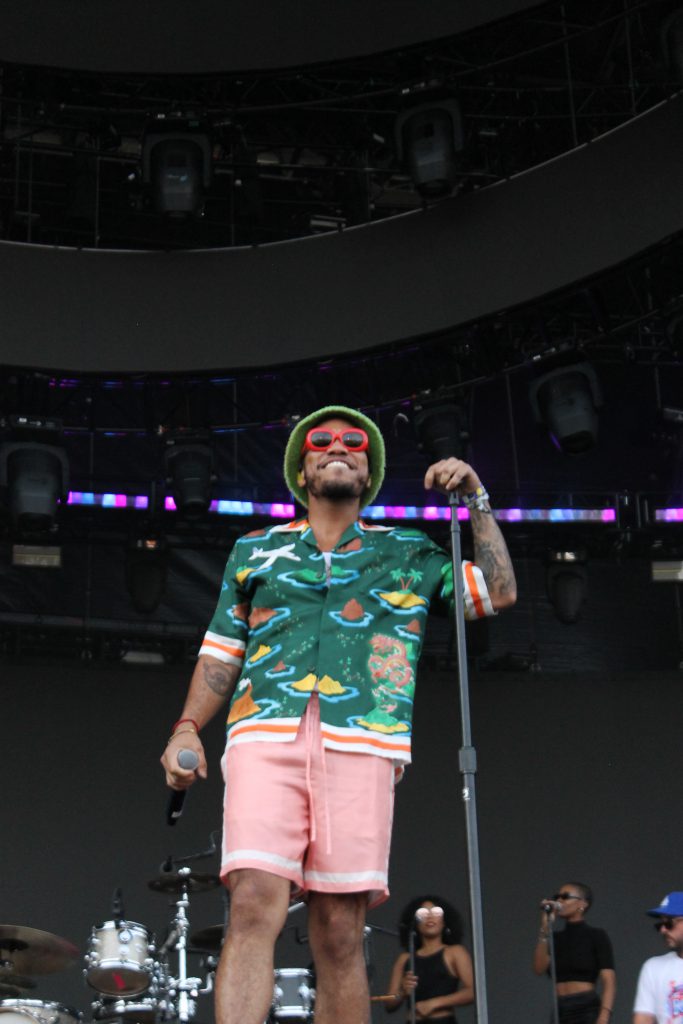 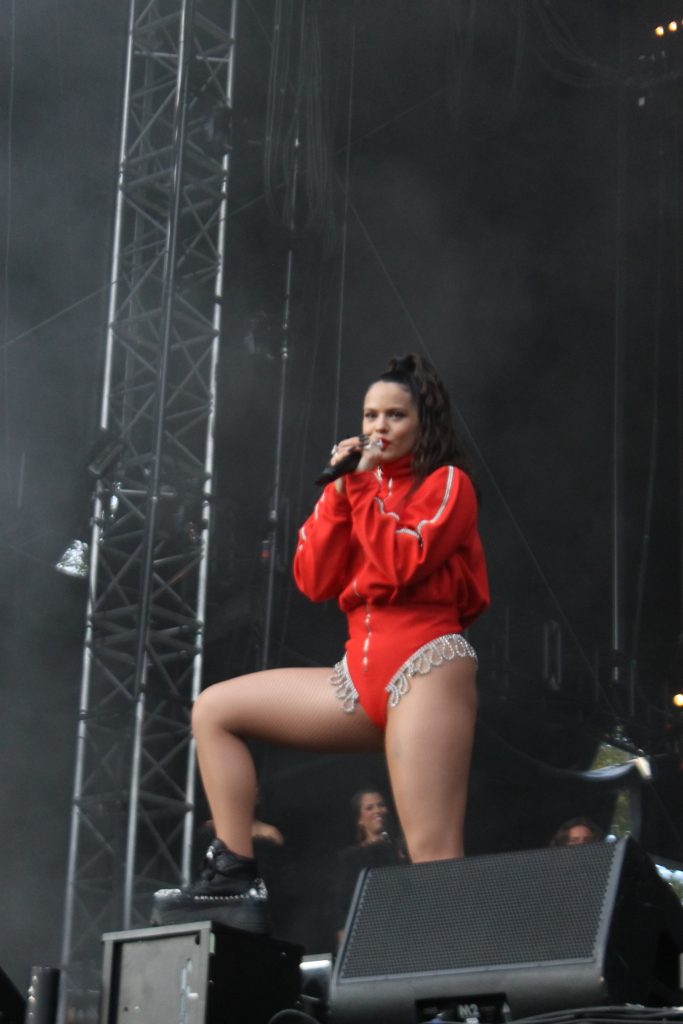 Be sure to check back tomorrow for Noa’s coverage of festival Sunday!