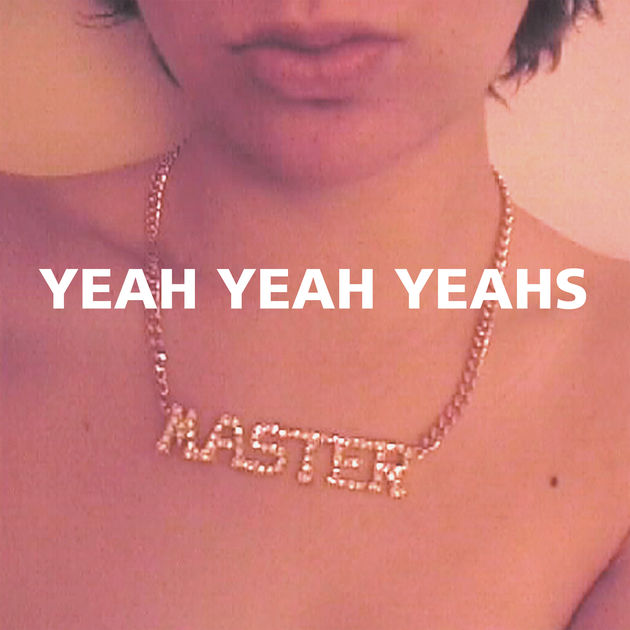 On the last day of the year 2000, a relatively unknown three-person rock band hailing from Brooklyn debuted a five-song EP with a picture of a girl wearing a necklace with big gold letters that spelled out “Master” on the front. It was the first recorded form of their sound that they put out for the world to hear beyond the greasy beer-soaked night clubs of New York at the turn of the century. The band was the Yeah Yeah Yeahs, and this short self-titled EP was the sound that would give them relevancy in the wave of modern rock taking over the New York scene.

From the first spin of the record, Yeah Yeah Yeahs hits the eardrums with all the force of a punch in the mouth. The unapologetic opening song, “Bang” starts with a sharp pound of guitar and drum as Karen O whispers the words, “The bigger…the better.” And it’s clear that the band takes those lines to heart as the volume increases in an instrumental roar behind Karen’s ever more shrill vocals. But while all of these components make a powerful statement of confidence for a band that’s just getting started, they’re all building to the climax of the song: a skinny art girl with a boyish haircut screaming “As a fuck son you suck!” at the top of her lungs. The line is like a masochistic slap in the face, with just enough cheekiness to make its defiant aggression enjoyable.

Then the EP beats into “Mystery Girl,” whose lyrics tell a tale evocative of a B-movie actress reminiscent of those in Cindy Sherman’s portraits. But there is a feminist allure to Karen O’s character as she squeals out “’Cause the Mystery boys will be your toys!” The ever-present bass drum in the background gives balance to the song as vocals and guitar compete for volume.

But even though Karen O is fierce and assertive in her vocals, like the signature primal scream of “Art Star,” she remains approachable with a cheeky or sarcastic friendliness. Even though she has the capability to blast ear drums out with the distortion on this third song of the EP, her cute and bouncy “Do do do do do do do do do” line reels listeners back in, only to playfully attack them with yet another scream afterwards.

In “Miles Away,” the lyrics present another heroine, someone beautiful that “hungers like a killer’s wife.” The guitar goes from a low strum to a full-bodied roar that slides from high to low as Karen O blasts out the chorus. Considering the time when this EP first came out, the poor quality of the recording is almost obnoxious. Karen O heavily and purposefully pants into the microphone between verses, and the chorus reaches such a high volume that there are times when the musical precision is lost to a distorted static. There’s a rumor that Nick Zinner accidentally let the tape that this EP was mastered from go through the wash in the pocket of his jeans. The crunch of this song makes it believable.

But the anthem of the EP is its conclusion in “Our Time” – the song in which Karen O becomes the champion of the ugly, artsy burn-outs. There may be no more perfectly succinct line from the Yeah Yeah Yeahs than the chant of this song: “It’s our year to be hated!” In a time when rap-rock groups like Limp Bizkit or whiny depressive bands like Radiohead were the leaders of the music industry, this song was a defiant takeover, telling the world that the deadbeat kids they hated would herald the return of rock.

In only thirteen minutes, the Yeah Yeah Yeahs made a debut that would complement the work of bands like The Strokes, The White Stripes, Fischerspooner, or the Rapture – bands that were forming a new movement. The EP would boost the band into the production of the masterpiece, Fever to Tell, with Interscope Records. Karen O would go on to be an emblem of feminist power in the male-dominated world of rock, and help the band become leaders of art punk with music that is still very much relevant today.