Skip to content
HomeConcert Reviews Methyl Ethel at Boot & Saddle: I had tickets for Injury Reserve and ended up here 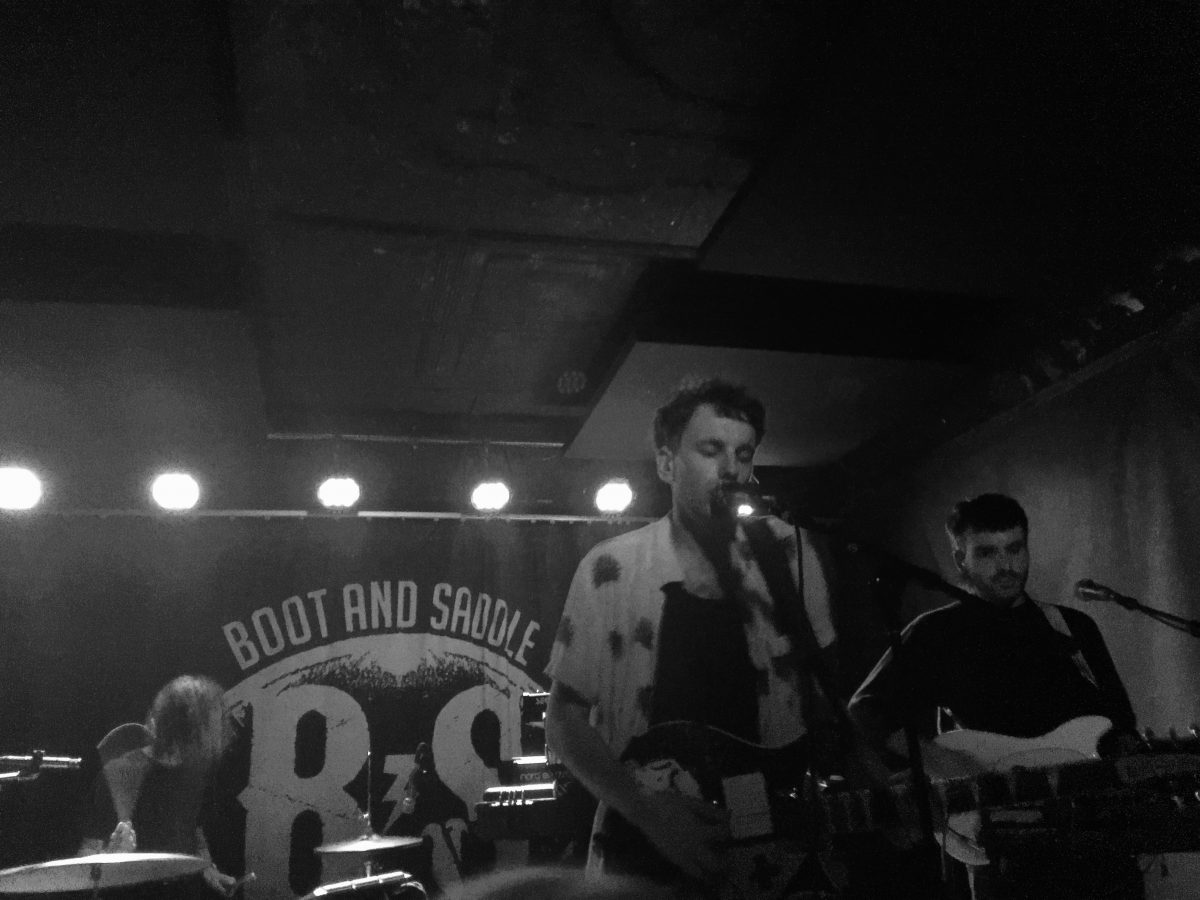 The circumstances surrounding my attendance at the Methyl Ethel show were temporarily anxiety-inducing for someone as resistant to change as I am. After going to a show the previous Sunday and remaining behind on all of my responsibilities, I elected to pass on the Injury Reserve show that I had actually purchased tickets for, conveniently forgetting about the press request I had out for Methyl Ethel, this Australian pop band I had only started listening to a month prior (August 27, to be exact. The album a day spreadsheet is good like that). But I was confirmed for the show with a +1 and ~duty calls.

Historically, my favorite shows have been the ones where the crowd is as generous with their attention and engagement as the artist is with their performance. I probably exaggerate my role in pursuit of this ideal, but I was lucky enough to be surrounded by who seemed to be the biggest Methyl Ethel fans in the Philadelphia area. It was a welcome change to follow their lead. My friend did point out that I was laughing in between all the songs, so maybe I fit in more than I’d like to admit. Here is my brief, reductive roll call of my neighbors in the crowd:

The two girls singing out loud beside me.

A group of three people standing literally front and center, one of whom started shaking crying in reaction to the band playing “Twilight Driving.”

A woman there by herself swaying with her eyes closed, mouthing all the words and clearly feeling something because her brows were furrowed every time I glanced over.

One old man in cargo shorts drumming on his thighs. B&S has a way of drawing people who wear cargo shorts, but none as clearly devoted.

Two girls (dressed exactly the same) who appeared for one song to dance a little and clap off beat, then disappeared for the remainder of the show.

Behind us was a physical gap, followed by the rest of the crowd who was notably more subdued. There was obviously a lot to be entertained by outside of the band on stage, but not enough to detract from the quality of their performance. Bathed in entirely blue light, they played a tight, loud, nearly continuous set. With so few interruptions, singer Jake Webb’s energy, spilling in excess through a series of microphone waves, reaches for the ceiling, and lunges into the crowd, dictated the ebbs and flows of the evening. He did, however, stop to celebrate that it was band members Lyndon Blue and Jacob Diamond’s fiftieth show with the band. That gesture alone did more legwork than most obligatory, repeated “thank you’s.” I wonder if Blue and Diamond were keeping track themselves.

Their setlist covered almost the entirety of their February release, Triage, reserving older favorites to support the back half of the show. Two songs into the evening, someone called out “you’re so good!” Hard to tell how much of the comment was pure compliment and how much was surprise. Either way, it was true.

Their recordings sound big in a vaguely shoegazey way, where everything intentionally takes up more space than it needs to occupy, leaving room for things to expand. The live performance (by definition) filled a more tangible physical space, albeit a small one. What the music lost in figurative room to swirl and echo, it gained in its fullness and command of the literal one.

My evening with Methyl Ethel was a bit of an accident, but that last minute quality made for an ultimately charming and unexpectedly memorable night.