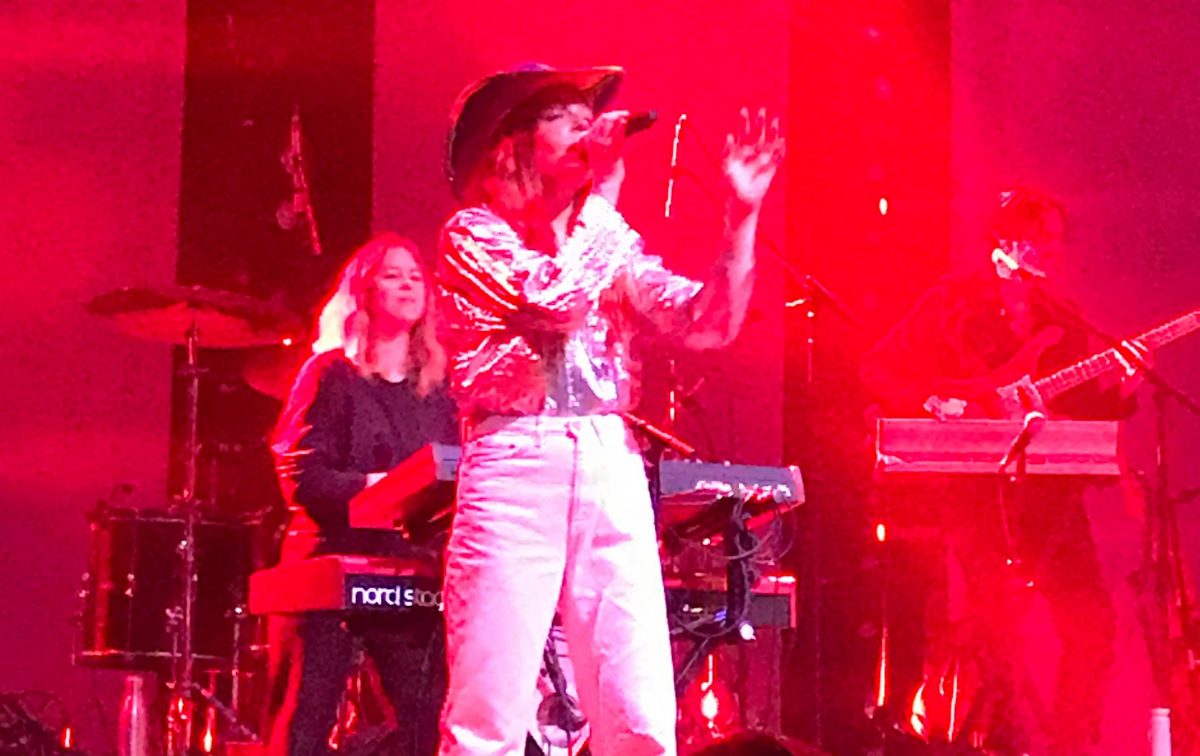 I always joke that I spend all of my money on concert tickets. From time to time, I question whether it’s even worth it. After all, what’s the point of standing in a room of sweaty strangers, craning your neck to get a glimpse of the performer(s), and blowing out your ears drums. Then, I attend a concert that completely shatters this complaint and reminds me why live music is worth it. Most recently, this was Maggie Rogers.

I only started listening to Maggie Rogers in January when she released her debut album, Heard It In A Past Life. Several of my friends had been fans much longer than that, but I only recently hopped on the bandwagon. I was drawn instantly to the intricate, diverse arrangements and upbeat tempos of the songs. The album soon became the soundtrack to a difficult winter; on the darkest days, Maggie was always there to lift me up. I listened as I got ready in the morning, as I cooked dinner, as I worked, and at the gym. I never really took the time to listen to the lyrics, though, until the concert.

From the moment she came onstage to ABBA’s “Dancing Queen,” (a great touch) she captivated her fans, who packed the Fillmore to capacity. The entire crowd sang-yelled each lyric and danced along with her. A pop star on the rise, she didn’t just sing—she performed. Her presence filled the stage. The energy was palpable, and it made for one of the most fun concerts I’ve ever been to. Seeing her live gave me a greater appreciation for the instrumentation of her songs; her band was extremely talented and the arrangements sounded even better in person.

Despite her meteoric rise over the past three years, she came across as incredibly humble and graceful. She told the story of how years ago she had played The Foundry and had wandered over to The Fillmore afterwards. She spoke about how she never thought that she would be able to play (and fill) a venue like this, to which the crowd cheered. She also brought out several people to play with her, which was also a nice touch. She invited a saxophone-playing fan who had covered one of her songs on Instagram to come on stage and perform “Say It”. She also invited the opener, Melanie Faye, to play guitar on “Alaska”.

Most of all, she came across as relatable, as do the experiences she sings about in her songs. Hearing her live and singing along helped me to find meaning in the songs for the first time, bringing me to tears at several points. The concert gave me a moment of catharsis unlike I had ever experienced before. It was incredibly powerful to hear hundreds of people around me and feeling like in that moment I belonged to a community of others who shared that experience. She ended the concert by singing “Color Song” a cappella, requesting that everyone remain silent during it, and people actually did. It was unlike anything I had ever witnessed at a concert. As the spotlight faded, she captivated the audience for one final moment together.