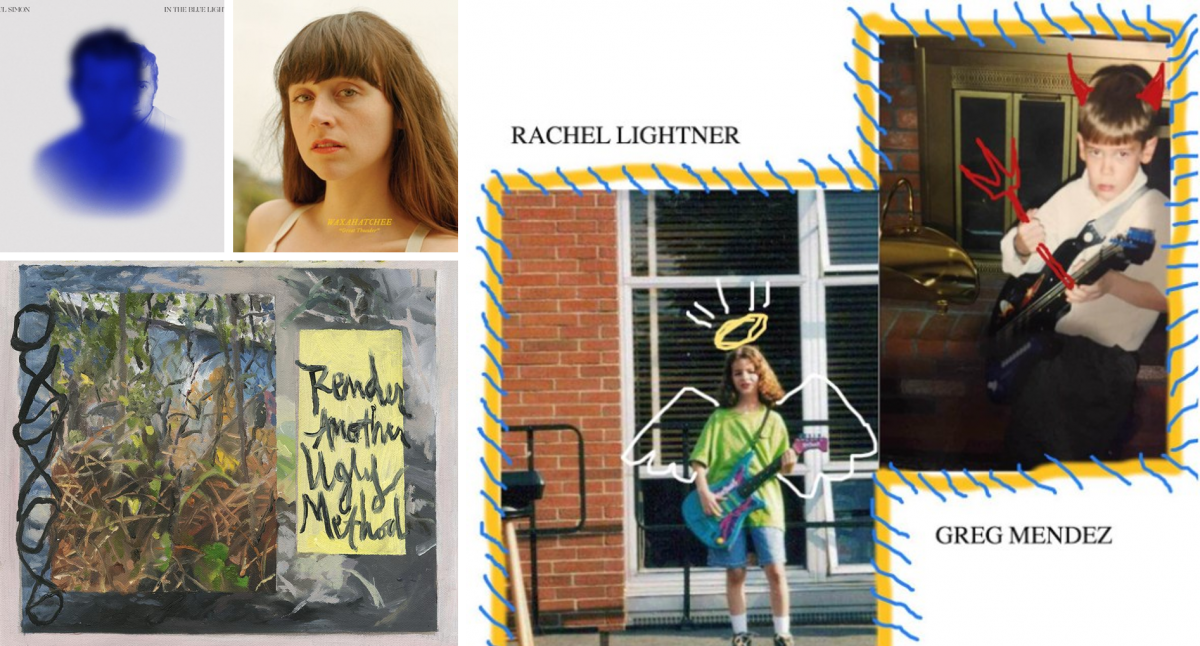 This four-song EP marks the return of Hozier to our earbuds after four years of silence from the “Take Me to Church” singer-songwriter. The wait was not for nothing, as the album is short but packed with instant hits, little having changed since his self-titled debut. With just as much force, and with a revived energy, Hozier cuts away the softer edges of his musicality to show off his ominous voice and legendary guitar skills. The title track is the most notable, channeling his gospel influences to pay homage to the greatest and most progressive singer-songwriters of the last century. This EP came at just the right time to re-spark our imaginations and remind us of the poetry Hozier captured our hearts with back in 2014.

Paul Simon – In the Blue Light

Ever the restless perfectionist, Paul Simon released what may be his final album, In the Blue Light, a collection of re-worked pieces from throughout his solo career. The medley of overlooked deep cuts exemplifies his turn from the morose loner persona he held in Simon and Garfunkel, and now comes off more of a self-deprecating joker with a sarcastic wit. He is joined by a host of collaborators, including Bryce Dessner of The National on the track “Can’t Run But.” Simon can be an enigmatic persona, but ultimately uses language, inspiration from several genres, and his own experience in a way that makes you laugh, even if you don’t understand exactly why.

Speaking of EPs and re-imagined tracks, Waxahatchee, the solo project of P.S Eliot’s Katie Crutchfield, returns shortly after her 2017 album Out In The Storm with a set of songs that originally debuted with her former band Great Thunder. Now in acoustic form, drenched in her hickory voice, Crutchfield goes straight for the heart and leaves nothing unsaid. By stripping the songs down to their bare elements, Crutchfield gets at the heart of her emotions, leaving plenty of space in the instrumentation and production to collect yourself.

Mothers, led by frontwoman Kristine Leschper of Athens, Georgia, compose intricate and duplicitous rock. Previously edging on folk rock, Mothers takes a turn towards their math rock side, each song using idiosyncratic rhythms not unlike those of Palm, with on-a-dime tempo changes that keep you on your toes. Leschper evens out her voice to create an eerie din over the record. On “Blame Kit,” the lyrics question the mechanics of blame and the boundaries of oneself, while on “Pink,” the wash of instruments feels more than the sum of its parts, building to an anxiety-inducing avalanche.

Philadelphia solo act Greg Mendez and Rachel Lightner of Brooklyn’s Nervous Dater teamed up to put together a split EP, each spinning their style on a set of four tracks each. Mendez takes on an Alex G-ish sound, accompanied by an acoustic guitar. It’s an intimate set of songs, and Lightner compliments this earnestness with her side. Her songs, beginning with “Yeah…” edge towards Phoebe Bridgers with their delicate instrumentation and hazy-echoey effects. She balances this out with acoustic, up-tempo tracks. The EP itself is relatively lighthearted but feels passionate in its execution.

The Mountain Goats’ frontman John Darnielle is at his most tender and self-reflective on this new surprise-released EP, joined by a full band that doesn’t overpower his lyricism while still bringing out the artistry in his musicality and showing off their ingenuity. “No skin like the skin you woke up in” he sings in “Song for Ted Sallis,” taking on higher vocals than in previous albums. Though the tempos are slower and more somber than one might expect from The Mountain Goats, it’s full of classic TMG characters and scenes, focusing on the topics of death, religion, and fame that Darnielle loves to explore with a removed, though not entirely unsympathetic, viewpoint.