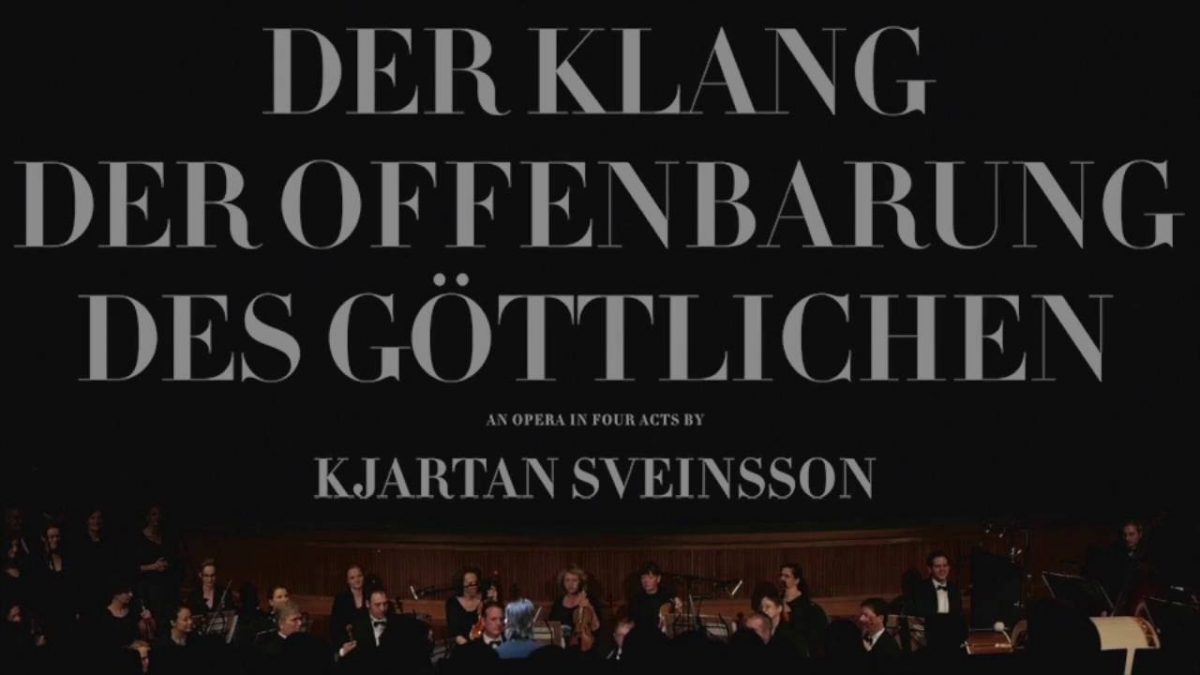 One important moment for me was a focused listen of everyone’s favorite Icelandic band’s “Untitled 3 – Samskeyti,” from their equally untitled 2002 album ( ). I’d known Sigur Rós’s album very well already, but until now its third track had been an interlude, a quiet, meditative instrumental bridge. “Samskeyti” did little more than settle me down after the beautiful and varying “Untitled 2 – Fyrsta” and lead me into the heavy kick drum opening of “Untitled 4 – Njósnavélin.” But the simple repetitive piano melody on “Samskeyti” had stuck itself into my brain somehow. I decided to ignore the exhortations of all the strict music forums and their presumably watchful eyes staring at my last.fm scrobbles and go ahead and listen to a single song, depriving it of its glorious context.

What I found was the importance of removing “Samskeyti” from that context, because ( ) is an album devoted to some degree to the pop song form. For the most part, each untitled track develops with a discernible verse and chorus, and Jón Þór Birgisson AKA Jónsi’s voice is the leading instrument. It’s no surprise that an instrumental track with one repeating melody felt like an interlude. Standing alone, however, “Samskeyti” revealed itself as one of the strongest pieces on the album. The organ’s changes took on a stronger prominence, the addition of each instrument – xylophone, violin, horn – meant much more listening to it on its own, like one of those long-exposure shots of a dark area in space that reveals the hundreds of galaxies within it. Sigur Rós has realized as much recently. After only 7 performances of “Samskeyti” since 2003, and none since 2008, it returned as a concert staple on their most recent tour, with 19 performances in 2016. (Thanks, setlist.fm.)

All of which is to say that whoever did that arrangement – and all of Sigur Rós’s arrangements – is extremely talented. The band’s 1997 debut Von is an interesting but in retrospect underwhelming experiment with walls of sound and field recordings. The best pieces were salvaged by orchestral arrangements on the two disk compilation Hvarf/Heim (2007). By then, Kjartan Sveinsson had joined the band. His first work was on their second album, 1999’s Ágætis byrjun, whose title translates appropriately to “A good beginning.” Sveinsson’s input is remarkable. Jónsi’s vocals take the forefront, unhidden from the brash distorted backgrounds of Von, and often backed only by a string octet. Sveinsson, it seems, found Sigur Rós’s talents, built them up to mountainous proportions, and chipped away the rest.

He’s an incredible arranger, comparable to Jonny Greenwood from Radiohead (for whom Sigur Rós opened in the early 2000s) or Owen Pallett when working with Arcade Fire. All three are classically trained, for one, and all three now also have notable work outside of those bands. Jonny Greenwood’s soundtracks are, as far as I can tell, some of the most musically significant since Ennio Morricone’s; he’s also collaborated with the respected Polish composer Krysztof Penderecki. Owen Pallett’s solo work as Final Fantasy and later under his own name reveals a musical sensibility and sense of humor (his second album is called He Poos Clouds) that produces consistently beautiful and compelling pop music. When I heard that Kjartan Sveinsson had left Sigur Rós in 2013 to work on music alone, I hoped I was awaiting another Jonny Greenwood or Owen Pallett, that Sveinsson outside of a rock band would surprise us and reveal who had the brains behind Sigur Rós all along.

It turns out that Jónsi had been the brains behind Sigur Rós all along. Unsurprisingly, actually. His 2010 solo album Go and ambient project with his American boyfriend Alex Somers, Riceboy Sleeps, ought to have proven as much. Now Sveinsson’s output does some work to confirm it. For the last three years, Kjartan Sveinsson has contributed to several apparently ambitious art projects with Icelandic performance artist Ragnar Kjartansson, but his first recorded composition is this year’s presumptuously titled Der Klang Der Offenbarung Des Göttlichen. Sveinsson translates this on his website as “The Explosive Sonics of Divinity”, which ought to throw off anyone who speaks a little German and would at least recognize that syntactically that’s an entirely different phrase (and that the grammar’s actually a little off, too). A word for word translation would be something like “The Sound of the Revelations of the Divine.” I might prefer that to the official translation, which sounds like a stoned teenager describing Sigur Rós (read: me, 15 years old.) Why the unnatural “sonics?” Why remove the religious connotations of “Offenbarung” by reducing it to “explosive,” which is listed in no dictionary I can find? I guess because it looks very grand to a casual eye, which makes it not such a bad title for this so-called opera (there’s no story and no solo vocalists – seems like just an album), equally grand to an equally casual ear.

Der Klang opens with two strings in low register (double bass and viola, I believe.) Each plays a parallel rising and falling melody of five notes with occasional slight oblique motion twice, then the same melody with a higher peak, then heads twice as fast down a few steps, one more time, back to its starting note, and starts again. That sounds reductive. I assure you it’s not. I could almost describe the whole album like that. The lesson Sveinsson took from his work with Sigur Rós was that repeating a melody over and over again, with a few too-short interludes of whole-note minor chords, is enough to write a beautiful piece of music. “Teil I,” the first of the four Teile (parts), is at least aided by a few key choices. First, its musicians put a great deal of expression into each of their synchronous quarter notes. The first appearance of a violin comes halfway through the theme and plays a few notes of a different melody in a stand-out moment, but it then falls dutifully in line with its boring accompanists. There are several enormous gong crashes as the piece’s constant crescendo reaches momentary stases – one of them also highlights a shift up an octave. “Teil I” also has the benefit of dedication to the musical phrase rather than a time signature, with measures of two, five, and four beats interspersed among the usual six. But overall, there’s nothing very good about this piece. The octave shift accompanying one of the gong crashes is the beginning of the piece’s grand statement on playing really really high notes. The melody continues as the lower instruments drop out, leaving violins playing at the top of their ranges. They get a scratchy sound, get higher and higher, up and up octaves, until a single note replaces the melody. It’s a very high note. “Teil I” is over.

“Teil II” starts with a beautiful and encouraging four-part vocal arrangement in German. It’s a polyphony striving towards Pérotin but, like “Teil I,” each part is rhythmically identical and plodding. The voices are replaced by another string section, this time with a single anchoring note stretching on as the cello offers a few perfectly in-key harmonies. That falls away and brings back the vocals, equally simultaneous, though this time they throw in three eighth notes for good measure – very fast compared to the rest of the album. This is followed by a beautiful alto-soprano duet, the soprano taking a few more notes. The entire phrase is repeated with string accompaniment a few times, with some very pleasant variations, momentary unexpected forays into unusual chords. The piece is based on not very interesting repetitions which brings the better moments of it, wonderful for their initial unexpectedness, into a kind of boring normality. It falls into the same trap as “Teil I,” and, to be fair, most of Sigur Rós and post-rock: the assumption that loud equals “epic.” The vocalists and musicians are, as everywhere, incredible.

But oh how disappointing, borderline terrifying, it is when the strings that introduce us to “Teil III” enter. Another oblique harmony, all together now, up three notes, though they’re in a different key as those in “Teil I,” followed by a float down. They change their starting point a few times and are accompanied by a bass at the bottom, then are followed by vocals which don’t even do us the service of singing something different from the strings. It’s the same shape over and over again, with slightly different starting points. Very few can get away with that, and Der Klang is not Beethoven’s Fifth. A bass drum rolls in about halfway through, a taste of much-needed percussion that lasts about half a second.

“Teil IV,” the longest piece on the album, begins with a stretched out single note, with violins briefly entering and then falling away. A soprano sings along with a violin in a melody reminiscent of the chorus to Sigur Ros’s “Glósóli,” which I want to turn to every time I hear this, because at this point I’m always bored by these divine explosive sonics. As usual, the melody is repeated verbatim, joined by other voices singing along. That melody is replaced by another lower, quieter, and even less interesting one, but it quickly returns with a vengeance and some pleasant variation. Finally, everything is reduced to the strings again, until one voice returns and starts a melody. It starts up, it goes down, it goes up again. The strings join it, as do the other voices, and the words emerge: Allein herrschen, die Schönheit wird. Beauty alone will prevail. As if the title weren’t enough, as if every overwrought overextended note weren’t enough.

Maybe beauty alone will prevail, but beauty isn’t one color spread across the universe, which Sigur Rós has always known. Variation, moments of discomfort, moments of quiet, sudden moments, these produce beautiful music. This is the problem for me with so much music with classical aspirations. It is so concerned with perfection, with not allowing anything to break the rules, and it is so so concerned with being so so horribly sad all the time. I love to listen to sad, pretty music, as anyone who listens to my show could tell you. I’ve often found myself frustrated by the speedy and major-key songs on my favorite singer-songwriters’ albums. Bring on the crooning, bring on the whining, I love it. But this is unrelenting and it doesn’t make me weep, it makes me yawn. Sveinsson has called Der Klang Der Offenbarung Des Göttlichen an opera, asking for it to be judged alongside serious composers. Fine. It doesn’t hold up. His melodies are undoubtedly very pretty. His instrumentation is, as expected, flawless: each instrument – to the extent that the pieces allow it – in precisely the right place. But outside of a few standout moments, this is an album that neglects to maintain interest or a very high standard of quality. I was so excited to listen to it, and I don’t know if I ever will again. Sigur Rós is touring again in 2017. Maybe Sveinsson should see if they have an opening.