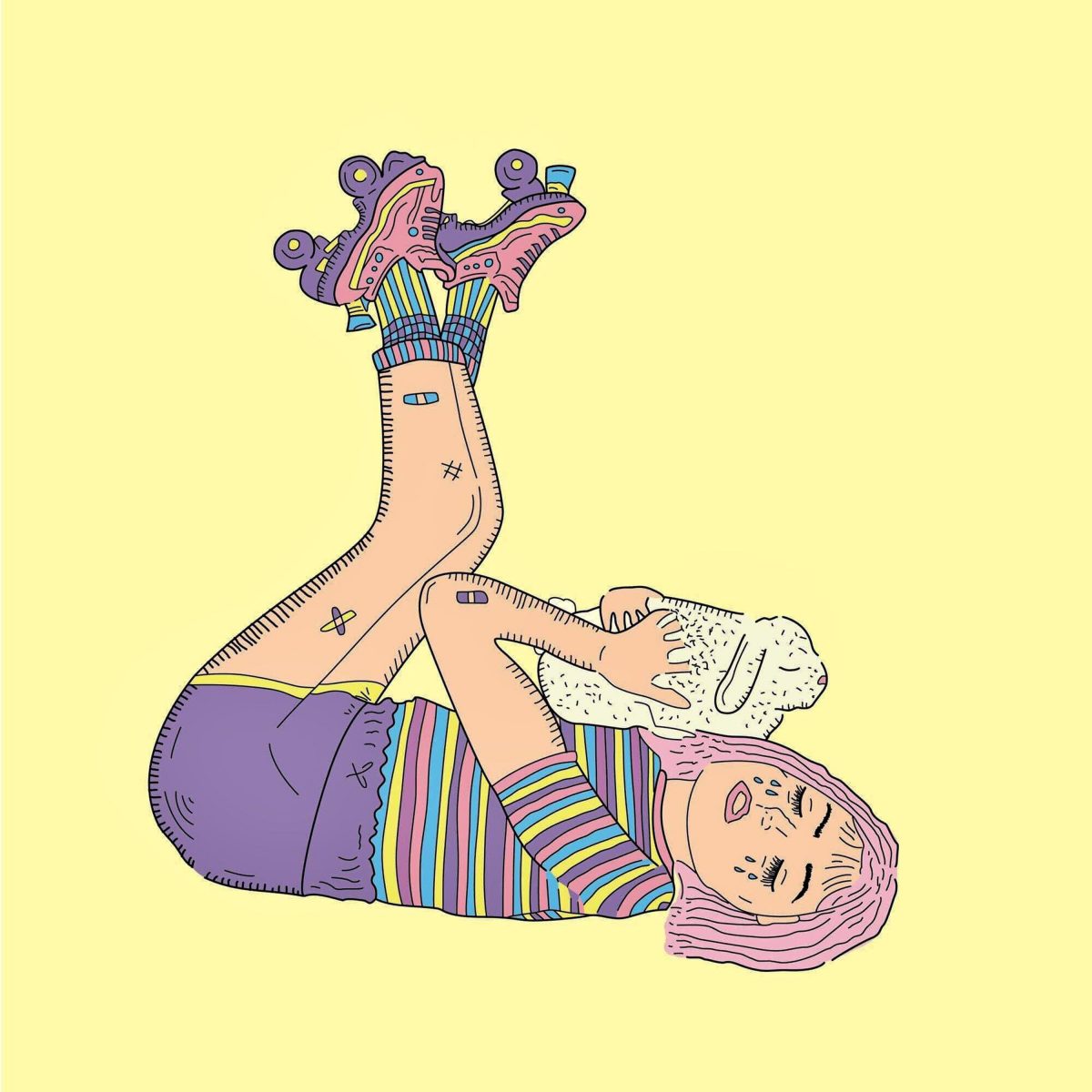 With their 2018 hit “Prom Queen,” Chicago-based Beach Bunny captured countless of hearts with a stream of power-pop anthems. Lead singer Lili Trifilio’s voice is impressed with magnetism and verve, her lyrics full of heart and spirit — uniquely plucky and defiant, often sad yet always laced with a sense of vitality. On Valentine’s Day, Beach Bunny released their long-awaited debut album Honeymoon. True to its title, the album portrays the thrills of being in the honeymoon phase of a budding relationship in tracks like “Cloud 9” and “Dream Boy,” the former an ode to love’s ability to take us into a different world, to make us feel invincible, the latter calling up fairytale-like imagery with lines like “I’ll be under your window in the moonlight” and “All you gotta do is meet me after, / meet me after midnight.” But Honeymoon is not just another toast to the grandeur of love, but a testimony to the doubts and anxiety that come with it as well; to the before, the during, and the after.

Opening track “Promises” sets the tone by pairing Trifilio’s vibrant vocals with a warm electric guitar and a thumping, two-note bassline at the outset. The rest of the song is equally dynamic, transitioning from a stripped-down verse into a chorus that bursts with energy. Just like the music’s own push-and-pull, the lyrics depict conflicted feelings in the aftermath of a breakup, where “Part of me still wants you, / part of me wants to fall asleep,” and “Part of me still hates you.” The song sifts through change and uncertainty, hovers the thin line between love and hate. It’s followed by “Cuffing Season,” which contemplates similarly contradicting emotions, where “Sometimes I like being on my own” but “I’m afraid of winding up alone,” capturing the zeitgeist of a generation, raising questions of commitment that come to the fore after the initial excitement of a relationship, after “Feelings fade / Into fear.” What’s left, the song asks, when it’s no longer easy? “Cuffing Season” juggles questions of sincerity and motivations; it does not hold back from delimiting what we do out of love and what we do out of fear; it declares with confidence: “But that’s not love, that’s not love.”

More than the realities of romance, Honeymoon vibrates with a fantastical energy, from the cartoonish album cover of a pink-haired girl holding a bunny to her chest (presumably Trifilio herself) to the hope that “I wish that when I said your name you would appear” (“April”). Playing on elements of magical realism, it brings us in and out of reality, evokes dreaminess in the short but soulful, surf rock-reminiscent drumming intro to “Ms. California.” It teases our expectations throughout “Rearview,” where the mellow musical accompaniment finally builds up to a dramatic climax near the end of the song.

“Ms. California,” “Dream Boy,” and “Cloud 9” are undoubtedly some of the catchiest tunes from the album: from the rhythmic, head-bobbing chorus of “Ms. California” to the atmospheric background vocals in “Dream Boy” and the immediately captivating snares in “Cloud 9.” “Racetrack,” however, is an unexpected standout. The shortest track in the album at exactly two minutes long, it marks a departure from the otherwise upbeat set. Where the rest of Honeymoon is comprised of guitar riffs and animated strums, “Racetrack” surprises with a raw, tender piano ballad in three-four. It mourns that “I always end up in second place” and seems to drift in and out of focus. If Honeymoon is a celebration of the ups and downs of romance, “Racetrack” is the curtains falling, the backstage toils, the awakening from dreams; it’s the skeletons in the closet, where “rose-colored lenses eventually crack” and “love is but a game of give and chase” — it exemplifies an album that portrays a love acutely aware of its own blind spots. Honeymoon, simultaneously about feeling “confident when I’m with you” (“Cloud 9”) and the dangers of loose boundaries (“You’re part of my biology / I can’t separate myself from you,” “Colorblind”), both floats in the heavens and tumbles from it. But even after tripping and falling, bandages and scratches, feeling “bad and bruised,” (“Cloud 9”), it does not stop chasing.