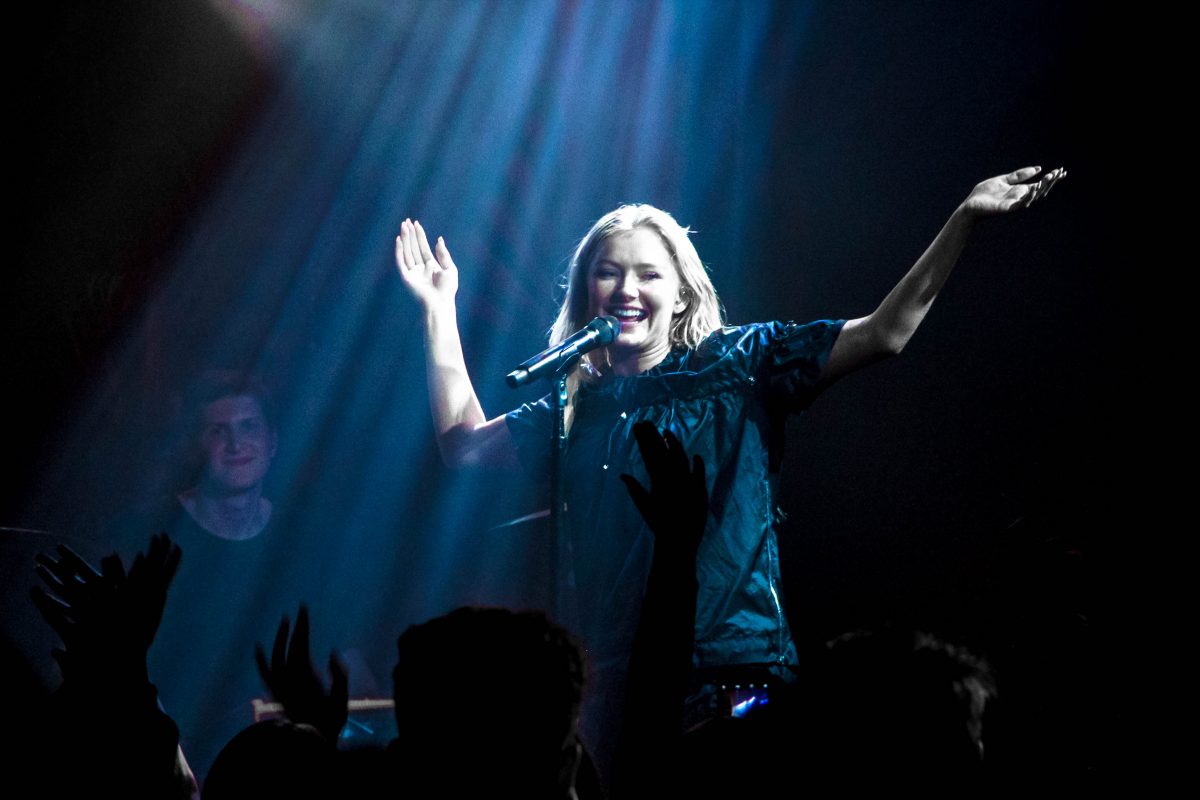 Norwegian pop princess Astrid S played a short, yet fantastic set to a sold-out crowd at the Troubadour in Los Angeles last night. Despite the fact that it was her first show in Los Angeles, and only her second in the US, fans were singing along throughout the set and constantly demonstrating their admiration. Astrid was overwhelmed by the support, stopping between songs to express her surprise at the activeness of the crowd, and her thankfulness to them for supporting her.

With a new single coming out tomorrow called “Party’s Over,” the run of shows comes at the perfect time for promotion. Centered around the theme of growing up and escaping being a teenager (did I mention she’s only 20?), “Party’s Over,” was fantastic, and left fans excited to hear the official release. Astrid also played another track off her upcoming EP, called “Don’t Be Such a Boy,” which she prefaced with a short speech about how women are often told to be less emotive and to not be “such a girl,” which inspired her to flip the script on men.

The crowd went absolutely insane for her big songs, especially “Breathe,” “Hurts So Good,” and “Run.” Between singing along, screaming, and jumping, everyone in attendance was having the time of their lives. An out of the ordinary addition to the set came between “Hurts So Good” and “Run,” when Astrid grabbed a few drumsticks that were lit up like lightsabers, and started smashing her drummer’s cymbals as a sort of interlude.

The thing that amazed me the most about the show was how Astrid’s voice sounded exactly the same live as it does recorded. This was most apparent when she sang a stripped back version of her song “Paper Thin,” only backed by piano. Her voice was stunning, hitting every single run and singing with the exact same power as she does on the album for her high notes. Often times, artists can be disappointing live, as they sound much better recorded, but Astrid demonstrated her pure talent on the stage last night.

Astrid’s show was short, yet incredibly sweet. Hopefully, following the release of “Party’s Over” as well as more new music, Astrid S will return to the US for more highly anticipated tour dates. Be sure to check out her single tomorrow, and to catch one of her upcoming shows if you happen to be in a Scandinavian country.