Skip to content
HomeInterviews An Interview with Hollow Comet: A Look Behind the Scenes 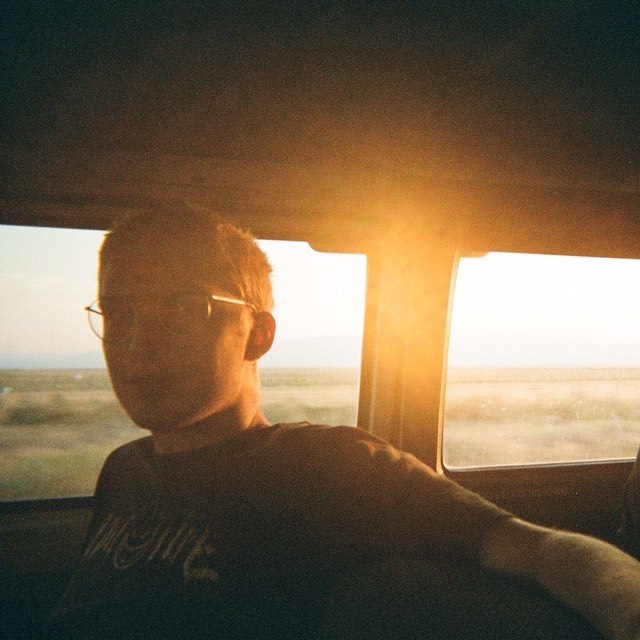 Hollow Comet first catches our attention with its sweet, crooning acoustic style, then with its unbridled exploration of an electronic sound evoking the haunting and the cinematic. Strange Ranger vocalist Isaac Eiger began releasing songs under his solo project, Hollow Comet, a little over a year ago. The eponymous record Hollow Comet from January 2019 comprises of tightly strung together vignettes of intimacy, while Eiger’s second release, the two-track single Find God / Adore, signals a turn toward alluring instrumental sounds that culminate in his latest album Cues, Vol. 1. Recently, I had a chance to speak to Eiger over the phone about music, movies, and life in quarantine.

For Eiger, the stylistic changes that have emerged in Hollow Comet are never contrived or forced. Experimentation is not for the sake of experimentation itself, but follows the natural change in taste and preference. “Over the past year or two I just started listening to different music than what I’d been listening to before, and I just wanted to make music that sounded more like the music I like listening to,” he says. “You want to make stuff that makes you excited about listening to music, ‘cause, you know, that’s why you do it. And I think the music I like changed, so I wanted to make stuff that I would like.”

What’s some of the music he has been listening to lately? “My favorite musicians now are Oneohtrix Point Never, Ryuichi Sakamoto — he’s a composer — and stuff like Aphex Twin. I like Burial a lot. I wasn’t just trying to do something different on principle. I just naturally liked different stuff, wanted to do different stuff.”

“To me, whenever I release anything, it feels like I’m trying to express myself much as I’m trying to in that moment in time, you know? And to me, lyrics and singing, right now, don’t feel inherently more expressive than trying to get a really evocative sample or something. And I think I definitely would’ve felt different a few years ago. I used to not listen to any instrumental music, because it felt inherently more detached or somehow unrelatable. But then as my tastes changed, and by now, that’s most of what I listen to. I listen to, you know, you listen to music because you want to be moved emotionally, and for me, something like Oneohtrix Point Never, or Burial, moves me emotionally more than anything does right now.”

Beyond incorporating complex ambience noise and synthesizer sounds, Cues, Vol. 1 collages samples from various sources through YouTube, creating assemblages laden with emotional content. “What’s cool about sampling is that you can kind of put all of your favorite things in the thing you’re making. In little ways, you can show the things that you care most about to a listener just by copy and pasting, and it just feels kind of like you’re showing a very real, small part of yourself.” The fourth track on the record, “Mad Tom,” involves an audio clip featuring Tom Cruise’s interview about his divorce from Nicole Kidman. Overlaid with instrumental music suggestive of film scores and the dramatic, it ebbs and swells in waves of sentimentality. “I like the idea of layering in, kind of like, unexpected sound or snippets of dialogue. ‘Cause something like Tom Cruise, he just seems like some famous robot or something, so it’s weird putting him in a context where you kind of identify with him.”

Eiger’s music often accomplishes its emotionality charge through its condensed format. His tracks rarely exceed two-and-a-half minutes, functioning like clips and montages, film cues that mark time and space, a scene before we transition to the next plot point. They perhaps reflect his deep interest in film and film scores, from 90s crime drama Heat to indie flick Mystery Train and François Truffaut’s The 400 Blows. “Movies in general did inform this record. I think they inform a lot of what I do, just when you watch a movie,” Eiger says. “I was thinking about all these nighttime images, like a movie like Heat, a crime drama from the 90s. It’s just very like, dark; it has lots of colored, lush lighting. There’s a lot of Brian Eno and Moby on the soundtrack, which are two artists I really like. And so, something like that, just trying to make an atmosphere or a feeling… I don’t know, that movie gets at something emotionally and aesthetically that I would love to try to cultivate in my own music. Not just that movie, there are tons of movies like that,” he says, speaking further to movies that focus on nighttime and the lights that emerge at night. “There are sounds that feel the same as that image does visually.” Working across the aural, the visual, and occasionally the linguistic, Eiger explains his choice of song titles in terms of “parallel image” he gets in his head. It never follows a strict system or method. “Just something that evokes the feeling you want the song to, maybe. It’s not like the song is about this, or trying to point to this feeling.” Similarly, regarding the origin of the name of Hollow Comet itself, Eiger points to its evocative nature: “I like it when something doesn’t really make sense, but it puts an image or a feeling in your head that you can’t really decode… I just like how it sounded, and the images conjured by those words.”

How is making music through Hollow Comet compared to the process in Strange Ranger? “It’s just like a different thing, you know. In Strange Ranger, we’ll have ideas and kick them around and figure stuff out together, which is like really cool and special. And then with this, it’s like me and my computer. Or me and a recording interface or something. It’s just like a different process, and they’re both satisfying in their own ways.” The production side of it initially proved challenging: “I had no idea what I was doing,” Eiger admits. “Now I’m getting a little bit better at it, and so it can be very satisfying. Whenever you have to hand something to anyone else, it changes it. So with something like mixing, if I’m doing a solo project that I want to be as accurate of a reflection as my intention as possible, then like — if you can — being able to mix something, it is more accurate to your idea. ‘Cause you can like — oh, this is how I want the kick drum to sound. And before you know about mixing, I feel like you don’t really think that much about how the kick drum sounds or something. Of course there’s a kick drum in the song, but how the kick drum does really does change the experience of the song for the listeners even if the listeners don’t know anything about kick drums. It does in like a behind-the-scenes way.”

Looking ahead, I ask Eiger if we can expect any new music from Strange Ranger soon. “I mean—we definitely have an album worth of material that we can record. We made a bunch of demos right before we went on our last tour, which got cancelled after two days, so yeah, it’s really, it’s just such a weird time. I don’t know when we’ll be able to work on stuff. I don’t know if we’ll want to release an album in this thing, ‘cause you’d want to be able to tour. So yeah, it’s totally weird; I don’t know what to do. And like, that’s a tiny problem to have. There are way bigger problems. But it is kind of strange. Like wow, we’re a band, what do we do right now. Especially when we don’t know when it’s gonna end. So much of being a band is touring.”

The Doug Fir in Portland and Shea Stadium in Queens — before it closed in 2016 —  were some of the memorable venues he has performed in with Strange Ranger, as well as places like L.A., the Bay Area, and parts of the South. The possibility of playing Hollow Comet’s music live is exciting for Eiger as well. “I’ve played like a couple little house shows — or I guess I’ve played in a venue too — just like playing acoustic guitar, but now that I’ve been doing different stuff, I guess yeah, when this pandemic is over, when there are shows again, I would really like to play shows. I would definitely have to figure out how to. I mean I have a synthesizer I could play, I have a sampler. So I’d probably do that. I haven’t even thought — obviously I’ve imagined performing — but I haven’t thought through how I’d actually do that realistically. I think it’d definitely be a learning experience, to say the least. But I would like to do that, for sure.”

Currently quarantining in Philadelphia, having lived here for almost a year and a half since moving from Portland, Eiger describes days of watching movies with his girlfriend (he recently subscribed to The Criterion Channel), working on music, reading (most recently Steinbeck), eating, and walking around. Hollow Comet and music-making, of course, will continue, though what shape it might take remains unclear. But if what Hollow Comet has shown us so far is any indication, it will not be confined to any genre or set of expectations. “I’ve been working on more like trip-hopping songs now. I was pretty into drum and bass, kind of like breakbeat music, for a while. So I might do something like that,” Eiger says. “But I don’t really know. I’m definitely working on music, but I don’t really know what it’s gonna end up being like.”