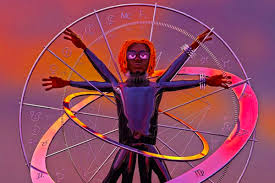 To be honest, I never used to be a huge fan of Gunna. I saw him perform as an opener on Travis Scott’s. While he unquestionably proved his worth in the rap game when coming up with fellow Atlanta youngsters like Lil Baby through strong features and collaborative projects, I just never went out of my way to listen to him. However, on May 22, 2020, Gunna completely changed my outlook when he released Wunna, his second studio album that featured 18 tracks of straight HEAT. On July 24th, Wunna (Deluxe) dropped, featuring 8 additional songs spread throughout a reorganized tracklist. With the recent release of this deluxe version, I felt that I should give my own take on the new project from Atlanta’s rising superstar. I was so impressed with this album, because I think it was the first project that Gunna was able to carry mostly solo, rather than overloading his album with big name features. That independence helped build Gunna’s confidence, the culmination of that being his successful, fame-crazed alter ego that he explores in this album–the alter ego of Wunna (I know, so creative). Jokes aside, I’ll be exploring what differentiates Wunna from Gunna’s music thus far, the themes explored in its vocals, the album’s unique production and sound engineering, as well as why I think Wunna has a strong chance of a ‘Rap Album of the Year’ Nomination at this year’s Grammy Awards.

As I mentioned earlier, most of Gunna’s career to this point was formed through collaboration within the Atlanta rap scene. Gunna has received invaluable support in his rise to fame. Much like how Lil Wayne was to Drake, rap veteran Young Thug was an essential mentor for Gunna as he found his way into the industry, even signing him to his label, YSL (Young Stoner Life) Records. Rather than overly relying on that fame, Gunna used it to improve his own sound and focus it. I think the reason that I didn’t 100% vibe with Gunna for so long was because I felt that his voice and flow lacked cohesion. The mixtape Drip Season 3 was Gunna’s breakout project and what put him on the map, but it wasn’t all one sound. Gunna was proud of this variety, but I just dont think it exactly worked when viewing the project as a whole:

“I put a lot of work for DS3. It’s going to be one of my best projects yet! It’s got a mix of all my sounds plus some of the new drip I’ve been working on. I know my fans are gonna love it!”

Five mixtapes and two studio albums later, however, his style couldn’t be clearer on Wunna. Gunna chose to capitalize on the soothing vocals that make him unique in the rap scene, rather than compiling an assortment of “Gunna sounds.” Gunna uses this groggy-melodic flow to seamlessly transport listeners through a journey into the spoils of his fame and where his success has reached. This tone is set on the album’s first track, “ARGENTINA”, where Gunna tells a story about foreign girls and his dedication to wealth and fame. He continues to reinforce these themes throughout the rest of the project. Gunna raps about private jets to Maui, custom designer outfits, and making six-figure revenue each performance (Even though he won’t be able to tour this summer). supporting these bars with a voice that brings peace to the listener’s ear. (Quite literally, this album is music to your ears) Gunna’s voice and flow feels especially weightless on songs like “SKYBOX”, the album’s first single; “MET GALA”, a wealth-flaunting anthem that is Gunna’s personal favorite track of the album; and “NASTY GIRL / ON CAMERA”, a provocative and sexual track that’s sectioned with two distinctive beats and verse rhythms, a technique that is very common is projects like Travis Scott’s ASTROWORLD. Gunna also utilizes his rap roots, delivering powerful bars and catchy verses on rap-intensive tracks like “FEIGNING” and “ROCKSTAR BIKERS & CHAINS”

While Gunna carried his own weight on Wunna, he certainly still complemented his talents with features from other talented artists. Some of the strongest collaboration tracks include “DOLLAZ ON MY HEAD (feat. Young Thug)”, the album’s third single where Gunna calmly raps alongside his Atlanta-rap sensei;  “Nothing 4 Free (feat. Nav)”, one of the eight tracks exclusive to Wunna (Deluxe) where Gunna and Canadian rapper Nav discuss the grind of legitimately earning something over a smooth guitar-based beat; “BLINDFOLD (feat. Lil Baby)”, where the two reflect on their new lavish lifestyle after taking over the rap game together; and “STREET SWEEPER (feat. Future)”, where Gunna pairs with the Atlanta rap-veteran to rap about owning the streets in the fastest cars.

It’s not Gunna’s voice alone that makes this astrology-themed album what it is. Wunna’s best quality is easily its production, most of which was engineered by producers Wheezy and Taurus. Most of the tracks complement Gunna’s melodic voice in perfect harmony, making this album truly transformative when listened to. Gunna uses this to his advantage, turning this project into an experience in a sense for listeners. Along with being his most cohesive project to date, Gunna formed a narrative on this album. This most likely made it easier in production and writing to form central ideas or flows for the astrology-themed album. Gunna released a series of music videos for tracks off of Wunna, each containing similar concepts that he used as a Wunna narrative of sorts. This is similar to what The Weeknd did with his most recent album, After Hours, visually telling the album’s story through a series of music videos. Gunna even produced a documentary that follows Wunna’s creation. This stark cohesiveness wouldn’t be possible and as smooth without consistent beats and productions that formed the album’s foundation. Wheezy and Taurus are able to load Wunna with an arsenal of lethal beats, each one feeding well into another without any of them sounding the same. While this was Gunna’s most cohesive project, that does slightly contribute to the one weakness I found in the album. Some of the writing is fairly uncreative, but Gunna’s voice and varying beats helps mitigate the issue. Certain lines make you question why exactly they were inserted into a song, but the sound itself is still great so it becomes easy to overlook:

Regardless, I absolutely love this album, and it poses serious potential for some significant accolades. Wunna was Gunna’s first No. 1 album, earning the equivalent of 111,000 sold units in the United States. Almost all of that was from streaming, the music industry’s saving grace through the coronavirus pandemic, with fans streaming the album’s songs 144 million times in the first week of release. Gunna’s success with Wunna poses the question for whether it’s ‘Rap Album of the Year’ worthy, which I think it is. Asides from Wunna, some of the largest hip-hop releases this year have included Lil Uzi Vert’s Eternal Atake, Roddy Rich’s debut album Please Excuse Me For Being Antisocial, Lil Baby’s My Turn, and Drake’s Dark Lane Demo Tapes. There are always five nominations for the Grammy award, leaving a spot for Gunna’s latest project to fall in the mix. Uzi’s album was quite possibly the most anticipated release of 2020, but it fell a bit short for me given the hype surrounding it. Despite that, it’s still a strong contender for the award just like the other major releases of the year. Many past winners of the award, such as Tyler the Creator’s Igor (2020 recipient) or Kendrick Lamar’s DAMN. (2018 recipient), were carried by their production and cohesive storytelling. Regardless of the themes touched upon in this album, its quality of sound puts it in a comfortable position for the award. Gunna was nominated for ‘Best Rap/Sung Performance’ in 2019 with “Drip Too Hard,” his collaboration with then-fellow newcomer Lil Baby, but has not received any recognition from the Recording Academy since. Wunna is Gunna’s way of proving that he is ready for any stage that he steps onto, and it’s also the album that can bring him to the mainstream page of rap that we see in artists like Drake, Travis Scott, and A$AP Rocky.

Gunna is engineered for the streaming age that music has been transitioning into for years: the songs on Wunna are perfect for platforms like Apple Music and Spotify–by prioritizing his flow and sound quality over anything else, Gunna delivered a project that can be casually listened to without having to press “stop” or “next.” I listened to the album for the first time while I was working on the computer, and I honestly had trouble differentiating between songs due to the steady mood and flow. Much like Take Care for Drake, Wunna was Gunna’s way of proving that he could refine his sound and show the world that he is a serious artist that means business, something that he explicitly stated as a goal for the album.

Gunna definitely accomplished this goal with this project. Being completely honest, when you consider the lyrics, the album is pretty unrelatable: Gunna is rapping about seemingly-endless wealth, loads of drugs and sex, and the other amenities of a luxury life. However, the expressive art surrounding the lyrics of Wunna make Gunna’s sophomore project shine. Yes, he introduced the world to his alter ego of “Wunna” with some questionable looking artwork that depicts a Muppet-like claymation of Leonardo Da Vinci’s Vitruvian Man. However, the immersive listening experience, the compelling visuals and stories shown in his music videos, as well as the album documentary and other accompanying creations, prove that Gunna is an artist whose sound can break barriers in the rap scene.