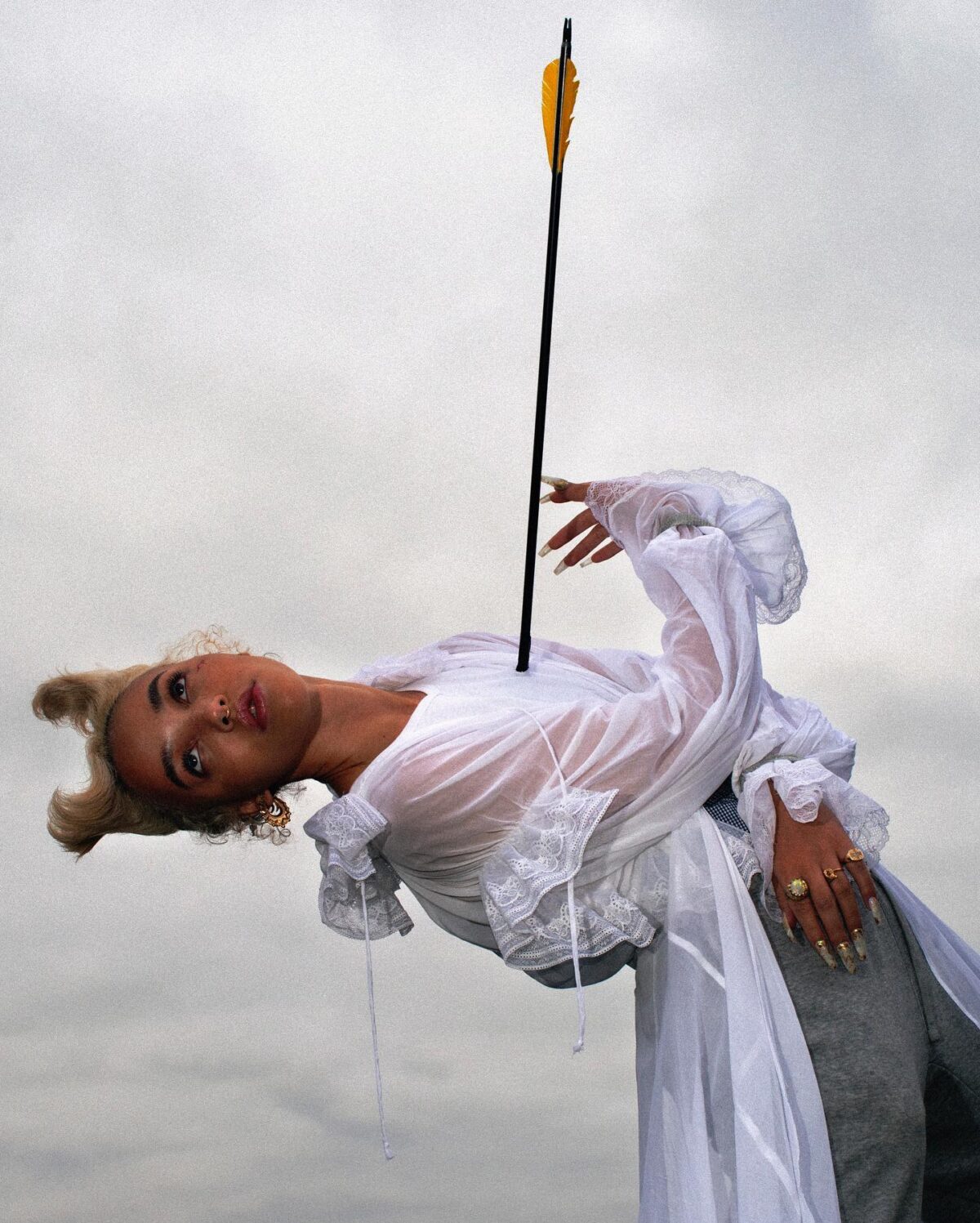 I wasn’t ready for MAGDALENE when it came out. It was too slow for me, too moody. It took a whole year and a global pandemic to fully lose myself in its rich experimental production and emotional depths. I was extremely excited to hear more from Twigs in CAPRISONGS, even as she teased that the album would take a different direction from her previous work. As much as I loved MAGDALENE, the only song I could listen to from it when I wasn’t in a sad mood was the outlier Holy Terrain with Future. Although I love the song’s juxtaposition of the dark trap beat with Twigs’ angelic voice, it does stick out a bit on an album with a slower and more deliberate sonic aesthetic.

Unlike MAGDALENE, none of Twigs’ CAPRISONGS really feel out of place, despite their wide genre and tonal variations: dancing away an old relationship with the repetitive poppy R&B of “tears in the club,” asking for more from her current lover over a slower, synthy, hip hop beat on “oh my love,” or reflecting on her past with her collaborators on “darjeeling” over rapid-fire melodic drill. Or even “thank you song,” which feels like a coda to MAGDALENE: using similar sonic styling, but about having overcome pain through those she loves. And these are some serious tunes.

The album starts off strong with “ride the dragon.” The song has a drawn-out spoken word/screwed up/sung intro, and then the beat drops, and you instantly know what kind of album you’re going to get, as she combines and recombines the lyrics of the hook over constantly-changing, high energy production. The album continues strong through the next few songs. I particularly enjoyed “meta angel,” a slower melodic cut that I can see myself having a good cry to in the future, and the hyperpop/PC Music-inspired banger “pamplemousse.”

Twigs also includes several spoken word interludes throughout the album, some on their own tracks, while some at the end or beginning of other songs, usually words of encouragement or stories from her friends. While they help add an additional dimension to the album and color the songs they’re attached to differently, I know I’ll be groaning through the intro to “honda” if I show the song to my friends.

She also uses her features to great effect throughout the album, temporarily taking up an aspect of their style without letting it consume her. While none of them deliver anything groundbreaking, they give us some solid performances, from the ever-versatile Pa Salieu’s high energy to Jorja Smith’s engaging storytelling to The Weeknd giving us a small variation on the flow he’s been recycling since 2016’s “Low Life,” I genuinely enjoy them all. It’s also very cool to see Unknown T branching out from just talking about street life over dark drill beats as he brings his best-in-the-scene flow to “darjeeling,” something Twigs also coerced out of another drill rapper, Headie One on “Don’t Judge Me.” Twigs’ identity has been a key anchor throughout her music, focusing on her femininity on MAGDALENE or Blackness on “Don’t Judge Me.” On this album, we see her Britishness come across in a particularly delightful way, whether it be through her inclusion of musical genres originating from or popular with the African/Caribbean diaspora there (afroswing, dancehall, drill), or in collaboration with Black British musicians that American listeners may be less familiar with (including Shygirl, Pa Salieu, Unknown T, and Jorja Smith to a lesser extent). This is further enhanced by the references to British popular culture/places, use of British urban slang, or the spoken interludes woven throughout, which are almost all delivered with UK accents.

The stark contrast between Twigs’ timeless, placeless, and poetic lyrics on “home with you” or “cellophane” from MAGDALENE and the specificity of her rolling zoots in Rizlas on the m-way with Pa Salieu on “honda” is almost funny, and it’s a testament to her musical skill that she can play both parts convincingly. Her adaptability isn’t limited to “honda.” Even on the token trap song off MAGDALENE, Twigs was singing. On “darjeeling,” however, she switches effortlessly between floating over the beat with a grime-y flow and with the singing she’s more accustomed to.

Twigs’ choice to executive produce her albums paid off yet again. The production is crisp and varied throughout, with some avant-garde sounds sprinkled in to remind you that this is still and fka twigs album, even if it’s a bit more dancey and fun. The album is co-executive produced with El Guincho, and notable contributions from Mike Dean, Arca, BKay, and Koreless, who each bring their own stylistic influence.

Overall, this album isn’t revolutionary in the way her past work was. But in exploring these new genres, Twigs is able to put her own unique spin on them. And her attention to detail and quality control means the songs are all enjoyable to listen to, even if I don’t plan on coming back to some of them. Listen to this album when you get the chance!