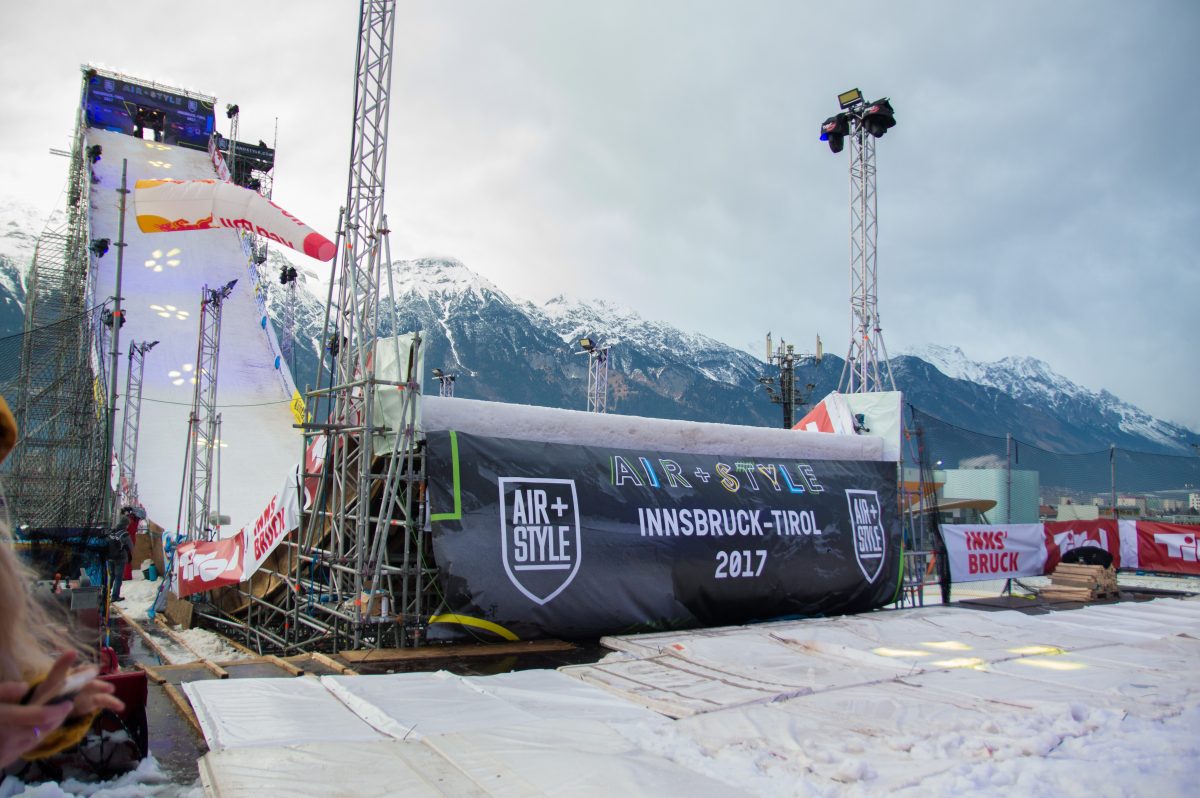 A crowd of thousands roars as the last snowboarder lands a jump perfectly at the bottom of the 16-story high ramp. He’s the last competitor of this round, so the crowd shuffles over to the Main Stage, a huge outdoor festival stage framed by the snowy mountain peaks of the Alps. The lights come alive, and Scottish band Biffy Clyro (recently named Best British Band at the NME awards in London) takes the stage.

This is Air + Style Festival in Innsbruck, Austria, where an internationally renowned snowboarding competition meets a music festival featuring some of the best German, Austrian, and international names in rock and pop music. The festival “tours” through LA, Innsbruck, and Beijing this year, with a fresh lineup of artists in each city. Innsbruck is a gorgeous backdrop for the festival, a city of 120,000 and the capital of Tyrol in western Austria. Innsbruck is popular as a tourist destination for its ski resorts and quaint European mountain-town feel.

Over the course of two days, Air + Style hosts performances from New Zealand pop-rock band the Naked and Famous, UK-based rockers the Hunna, German rap group Beginner (formerly known as Absolute Beginner), Austrian indie-rock and hip-hop band Bilderbuch, Brooklyn-based brass band Lucky Chops, and a handful of others. The lineup is diverse, but every artist is high energy and gets the crowd moving in their puffy winter jackets and pom-pom beanies. These performances are interspersed with different rounds of the snowboarding competition for both women and men. This is the first year Air + Style has hosted a female competition, and by Saturday night has crowned its first ever female winner: Enni Rukajarvi, a snowboarder from Northern Finland, Olympic silver medalist, and X-games gold medalist. The festival also boasts a variety of food trucks and food stands serving traditional Austrian fare in addition to burgers, coffee, crepes, and more for hungry (or inebriated) festivalgoers.

On Saturday night, the festival closes out with an afterparty (indoors, thankfully) with performances from Tommy Cash and Violett Shock. The festival has been cold but comprehensive, a unique combination of a sporting event and music festival that draws snowboard enthusiasts and music fans alike to snowy Innsbruck.