Skip to content
HomeInterviews A Conversation with Tierra Whack 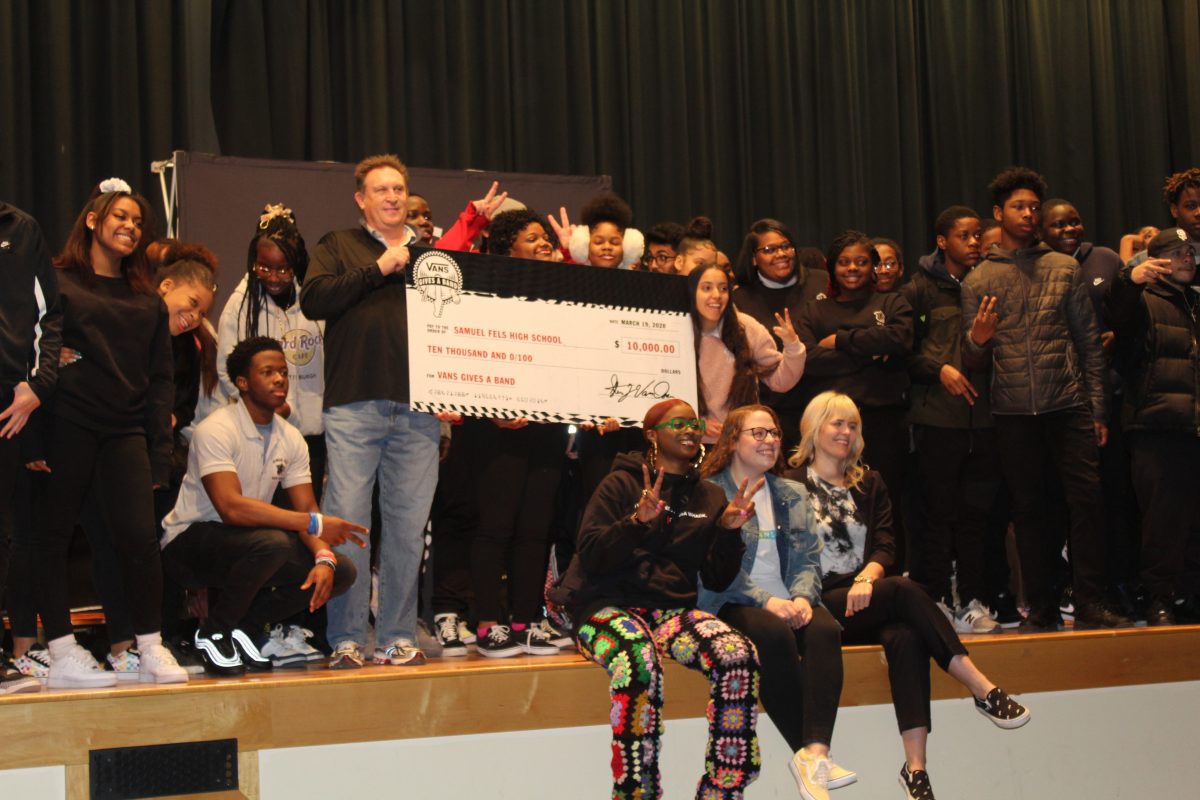 In our short conversation with Tierra Whack (which almost didn’t happen due to our extreme social anxiety as we followed her from school to school), she couldn’t help but repeatedly mention her pride for Philadelphia. She recounted growing up with a love for music and poetry, her foray into music at the age of fifteen, and her decision to attend The Arts Academy at Benjamin Rush as a vocalist. And although she’s now a Grammy-nominated artist with a bright future ahead of her, she’s made sure to keep true to her roots.

Thursday morning, we were given the honor of following Tierra Whack as she made a surprise appearance at five Philadelphia public schools. She partnered with Vans Gives A Band, a division of Vans Off the Wall, which aims to provide celebrate creativity and provide access to music in schools. To reach this goal, Vans opened applications for Philadelphia public schools for a chance to win brand new equipment and $10,000 dollars to start either a rock or jazz band, or a classical ensemble. Fifteen schools applied and ultimately Samuel Fels High School, Frankford High School, Philadelphia High School for Girls, John Bartram High School, and South Philadelphia High School all won this prize and earned a visit from Tierra Whack.

Although she has had a fruitful partnership with Vans, this was Tierra Whack’s first major community engagement project in Philadelphia. She stated that she doesn’t feel the need to do formal philanthropic activities or make a huge fuss about it in the media. Even the speech she gave as she awarded each school with their prize was easy-going and to the point. She emphasized that she doesn’t want to make a big deal about her contributions, but rather just work to give back to the city she grew up in every day. She works with Philly-based designers and artists to give them the support she wishes she had when she was first starting out in the music business in high school.

Her desire to inspire and uplift Philly youth was reflected in her speech at Frankford High School: “I’m nervous right now because I can’t believe that I’m doing this… I was once just like you guys.” The music teachers and students were so happy to receive the generous donation from Vans. The music teachers had applied for this support months ago, but the students were surprised with the good news when they arrived at school in the morning. Band students were excited about this new addition to their curriculum, and those who weren’t in the band were happy that their classmates were getting new instruments.

This comes at a time when Philadelphia public schools are finally rebuilding their arts programs after the disastrous 2013-2014 budget cuts. After that the school district has been slowly hiring more art teachers and providing more funding depending on the size of the student population in each school with the introduction of an art and music per-pupil cash allotment in 2017. However, there are still parts of the city that have under-resourced schools, and schools that are dealing with other serious issues such as violence and trauma causing priorities to shift away from arts programs. The School District has been partnering with businesses like Blick Arts, and in this case Vans, to bridge the gap. These donations are crucial for empowering the youth to express themselves creatively and enrich their pre-existing music programs.

Our morning with Tierra Whack was truly heartwarming. Today, she still operates out of Philly and doesn’t foresee leaving any time soon. Her love for the city folds itself into everything she does and we look forward to seeing what she continues to do, whether it’s in the recording studio (stream Copy Cat!!!) or in the community.