Skip to content
HomeWQHS Goes To The Movies WQHS Goes to the Movies: BlacKkKlansman 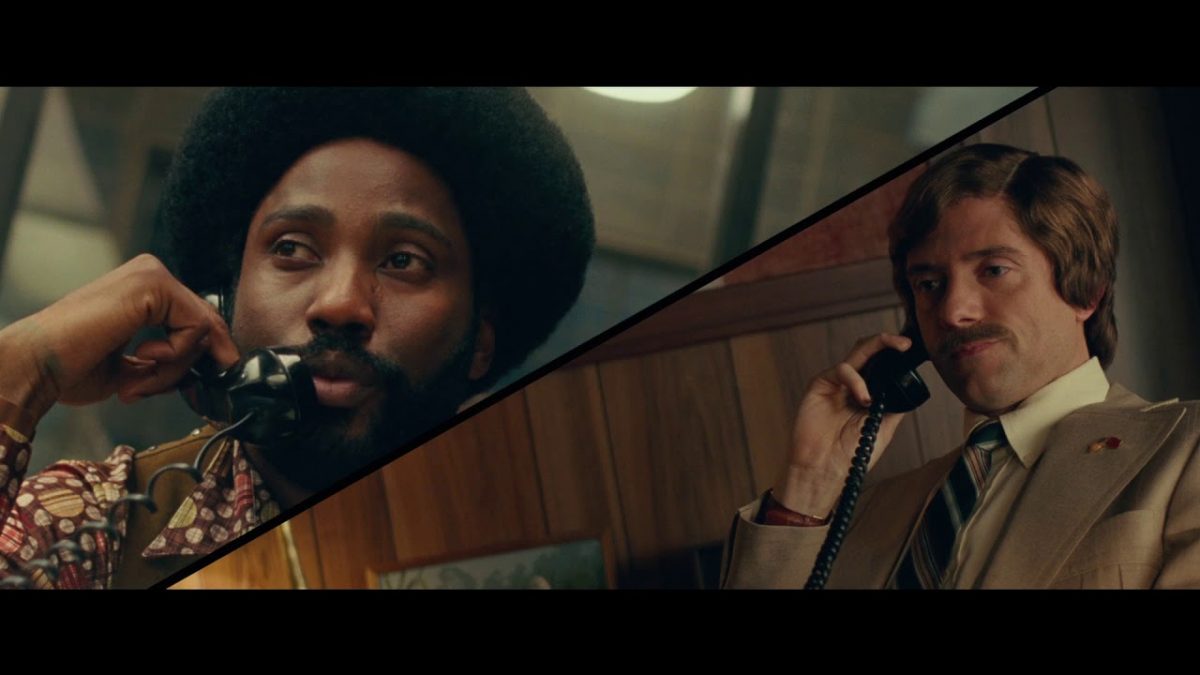 It seems like 90 percent of movie trailers now begin with the words “based on the incredible true story”. The “true story” pitch is so common that it’s almost lost meaning. The reason I say “almost” is because of Spike Lee’s BlacKkKlansman – a truly stunning film that powerfully executes what really is an incredible true story.

BlacKkKlansman follows Ron Stallworth, a black police officer from Colorado Springs who infiltrates the KKK by posing as one of its members. Stallworth, played by John David Washington, begins the investigation with a call to a local chapter of the Ku Klux Klan. He sends Flip, a Jewish police officer in his department, to Klan meetings on his behalf. The interactions Stallworth and Flip have with members of the Klan produce a variety of funny moments. The film is at its funniest in the conversations between Stallworth and David Duke, head of the KKK.

Lee chooses to exaggerate the irony of these conversations – even including a moment where Duke explains to Stallworth how he knows Stallworth must be white. The humor in all these scenes is complemented by an underlying tone of suspense; at no point is it clear what will happen next. Audience members are left to laugh and guess on the edge of their seats.

While the film primarily focuses on Stallworth’s infiltration of the KKK, it devotes a significant amount of time to two intriguing sub-themes. The first is Stallworth’s romance with Patrice, a black student activist who frequently complains about cops without knowing Stallworth is one himself. Patrice inspires an intriguing identity crisis within Stallworth – how can he reconcile his occupation with his race? Watching Stallworth wrestle with this question gives his character depth and the film some additional weight.

Second, Lee chooses to make explicit references to our society throughout the film. We often view historical eras through the prism of modern values, norms, and culture. Yet through BlacKkKlansman, Lee offers audience members a view of their own society through the prism of a past era. In this way, the arguments he makes about racial tensions in America come across as more meaningful and more powerful.

I finally want to discuss the performances in this movie. I normally don’t care much for acting as long as it meets a satisfactory level. But I feel the acting in BlacKkKlansman deserves a special nod because it really was spectacular. Topher Grace, who plays David Duke, captures the horror and also the charm of David Duke. The very calm and almost thoughtful way Grace delivers his most explicit lines make them ten times more horrifying.

Adam Driver, who plays Flip, does the best possible impersonation of a man trying to do an impersonation of someone racist. He steals every one of his scenes. John David Washington’s deadpan style is perfect for the film’s brand of humor. He also manages to convey a calm exterior that belies some very fierce emotions.

If there’s one thing you should take from this article, it’s: watch BlacKkKlansman. It’s beautifully shot, directed, acted, and written. And most impressively: it’s based on a true story.