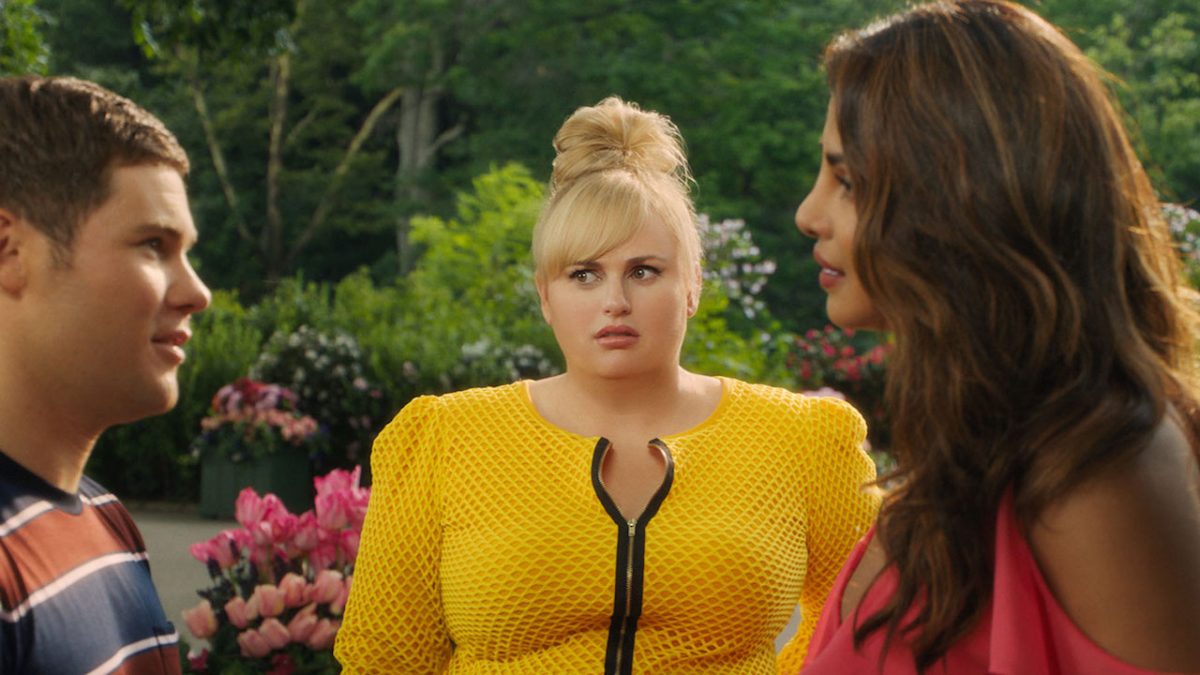 My first instinct is to call Isn’t It Romantic Rebel Wilson’s magnum opus – but I cannot do this in good faith, because with the level of directorial skill that she portrayed, I know there are many more great things on the horizon.

While I initially believed that rom-coms were masterpieces, Rebel Wilson’s character argues against my opinion within the first 20 minutes, claiming that while rom-coms could potentially be masterpieces, they are, in fact, “masterpiece[s] of shit.” For the next 45 minutes, it truly seemed like Rebel Wilson was indeed trying to prove that all rom-coms (including her own) were indeed “masterpiece[s] of shit.” This was evident through Rebel Wilson’s lazy comedy and over-the-top meta humor. Rebel Wilson truly made her statement – by making many of the aspects of her movie poorly executed and unfunny, I came to realize that while I thought I enjoyed romantic comedies, I hate them. Unfortunately, I also realized I hate lazy and aggressive meta-humor.

Despite the over-the-top meta humor, the second half of the movie was actually pretty enjoyable. It contained many scenes that made me exhale faster than normal, and the musical numbers were enjoyable. Sometimes it’s nice to not have any serious plot points in a movie and knowing it will all resolve in the end. There were never really many stakes in the movie, but that made it an enjoyable experience. Isn’t It Romantic was a silly, fun romp, and Rebel Wilson truly proved her directorial prowess in the movie. I cannot wait for more to come from Hollywood’s collective ginormous IQ.

The movie was a 10/10, I am glad to have watched it, and I do not feel like I should have received a refund for this movie despite paying nothing for it. Please continue to give WQHS press passes to movie screenings.