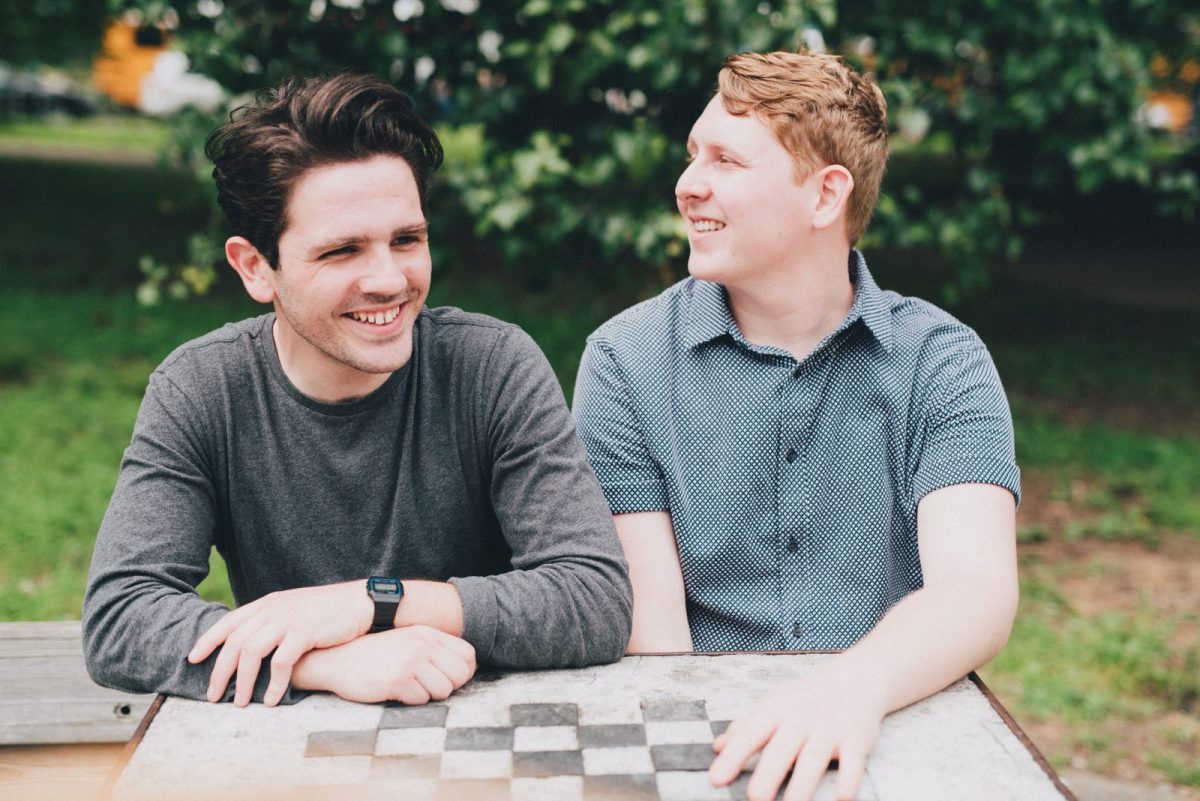 Beginning as the solo project of guitarist/vocalist Harrison Nantz, Weller has come a long way, recruiting drummer Jeremy Berkin on their most recent tour to form a duo. They also signed to Tiny Engines, and are re-releasing their self-titled debut, produced by Modern Baseball and Slaughter Beach, Dog’s Jake Ewald. Ewald’s influence shows on Weller, as well as their self-proclaimed inspiration from Radiator Hospital and Death Cab For Cutie. All of this experience comes together to create a friendly, warm full-length debut from the Philadelphia group.

Opening with “Answer Anything”, they assert their distinct genre of folksy-punk, painting a vignette of moving into a new place and adjusting to the new space, as well as a new you. “Learning Curves” is its spiritual twin, describing the process of adjusting to new friends. Throughout, Nantz’ guitar rattles and shakes, then becomes plucky, never holding a solid tone but morphing to suit the sentiment, too exuberant to sit still. His vocals are far steadier, whispering at a shout, velvet draping over every word.

On “Standard,” Nantz grapples with the insecurity of isolation, singing in the chorus, “It feels sincere / How often I can disappear / So I rely / On shutting down when I arrive.” It’s a reflection on changing as a person while the stresses of adulthood loom. A banjo makes a surprise appearance, Nantz clearing his throat to introduce the unexpectedly smooth solo. This makes for a seamless segue into the quieter acoustic track, “Repeat”. The production is key on this piece, a slight reverb on Nantz’ giving sense of the room, and the creak of the guitar lending it physicality.

By the closer, “Point of Personal Privilege,” Weller has moved from ecstatic pop-punk to sincere acoustics and back again, all throughout remaining optimistic while discussing the throes of growing up. Nantz manages to cope with a changing self-identity with charm and a smile, despite shades of doubt. The polished LP feels like it struggles at times to find rest, but through difficulty in landing on one side or the other, finds its own style somewhere in between.