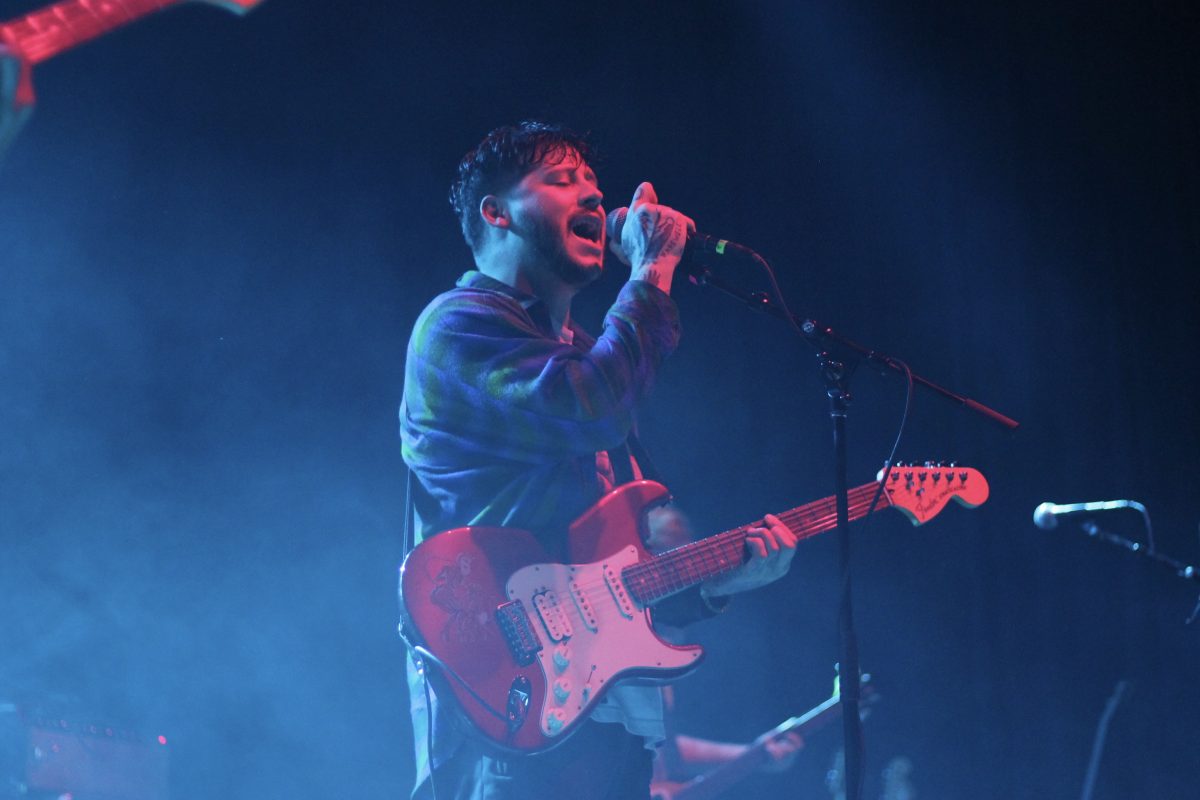 On Thursday night, Wavves and Beach Fossils rocked Union Transfer. By the time I got there, the crowd was already large and buzzing. The band, fronted by Nathan Williams, played a mix of high energy and slower songs from their repertoire of surf rock. They genuinely seemed to have a great time performing and were considerate enough to shout out security during their set for being so helpful. Even though Wavves was technically an opener, the crowd loved it. Everyone sang along, and a sizable mosh pit formed more than once. Every so often, I watched a person emerge above the crowd, be surfed to the front, and then lifted over the barrier like a damsel in distress by security. It was the most orderly I have ever seen a mosh pit or crowd surfing.
Nathan joked with the audience as he drank from a full bottle of wine, both unique and impractical . As their set ended, Whitney Houston’s “I Will Always Love You” came on over the speaker system as the band helped with their own take down, further illustrating both their sense of humor and how down to earth they come across. They all threw their set lists into the crowd, and the drummer even gave out his splintered drum sticks.
By contrast, Beach Fossils was mellower and more stylized. They came out and walked off to a cheesy version of the SNL intro music, which I don’t think is legal? I’ll keep their secret. I also didn’t understand the point of it, other than the fact that the lead singer, Dustin Payseur, forms a striking resemblance to Kyle Mooney, the bassist is a Will Forte type, and the guitarist looks like an off-brand Wayne’s World character. Throughout the set, they had great banter with the audience and each other.