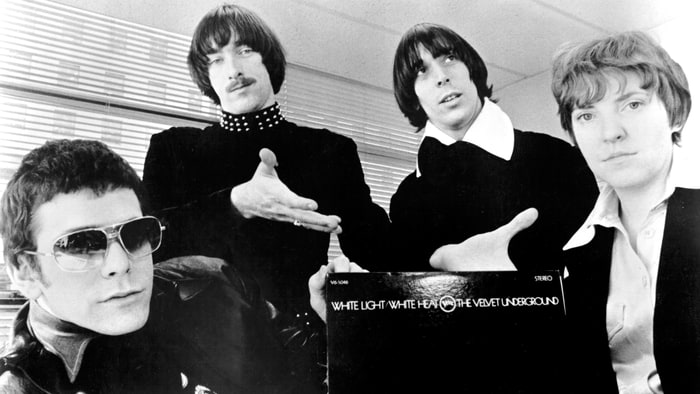 One of these songs is “The Gift,” which is essentially Cale giving an 8-minute recitation of a short story over the signature steady percussion of Moe Tucker and the grinding screech of Reed’s guitar feedback. The story, told in a cool and nearly deadpan tone, is actually the work of a college-aged Reed from years before. Outside of his music, Reed was known for being one of the more difficult and volatile personalities in rock, not always aligning his actions with his words. Most notably, Reed struggled in fully identifying his sexuality in a time when prejudices against any non-heterosexual relations were heavily pronounced. Because of that and a complex relationship with his parents, Reed developed an antagonism for women and a lot of his work is steeped in misogyny.

“The Gift” is one such example. The song’s inspiration comes from Reed’s rocky relationship with his first serious girlfriend, Shelley Albin. Meeting at Syracuse University in the early 60’s, the two dated off and on for the majority of their time at school. At this time, many families, Albin’s included, sent their daughters off to school for no other reason than to obtain their “Mrs.” degrees, and the rules at places like Syracuse only encouraged this notion. Living in an all-female dorm with a 9:00 pm curfew and absolutely no male visitors allowed, Albin’s freedom was far more limited than Reed’s.

These regulations only heightened the imbalances in their relationship and helped to exacerbate Reed’s recklessness and sense of possession over Albin. Raised under the notion that the best girlfriend is a submissive one, Albin usually felt her best choice was to let Reed roam free as he continually tested her limits by rubbing affairs in her face. But as their tumultuous relationship progressed, and Shelley returned to her home in the midwest for the summer, she took advantage of the distance to have her own relations with other lovers.

Reed suspected as much, provoking him to send her numerous letters from his Long Island home that ranged from hot-tempered accusations to obsessive expressions of adoration. As shown by such behaviors, Reed was a true 50’s man, expecting his girlfriend to stay under his strict discipline without any repercussions for his misbehaviors. Out of all of this tension came “The Gift.”

The story of its lyrics is both humorous and morbid in its irony. A young man, Waldo Jeffers, pines for a girl named Marsha, after their geographical separation at the end of the school year when “she’d returned to Wisconsin and he to Locust, Pennsylvania.” Though Marsha had supposedly promised a semblance of fidelity to Waldo, their infrequent communication gives him such extreme paranoia that he resolves to save transportation costs and mail himself to her in a package as a surprise visit.

The narration flashes forward to Marsha’s point of view on the day of the mail’s arrival. After it becomes clear that Waldo was correct in his suspicions of her infidelities (referring to another lover with the amusing line, “Oh, what Bill could teach Waldo”), Marsha and her friend Sheila answer the door to receive the package. After much frustration in opening its tight seal, Sheila obtains a large pair of sheet metal cutters, and the story ends as she plunges them into the center of the cardboard box containing Waldo, causing “little rhythmic arcs of red to pulsate gently in the morning sun.”

The parallels between the story and Reed’s relationship with Albin are overwhelmingly obvious. Marsha is portrayed as the antagonist with her summer affairs and direct involvement in Waldo’s violent death, much in the same way that Reed saw Albin as being the troublemaker of their own relationship.

I used to worship the mid-twentieth century rock stars, but songs like “The Gift” help reveal the underlying misogyny of the music industry at that time. While I was first drawn to the song for its curious structure and demonstration of Reed’s primary skill as a writer, I find that I listen to it more often now for the context it gives to the music I love.

In a time when creatives of the past are being overturned for grave faults in their personal lives, I choose to go against the notion that the solution is to separate the art from the artist. “The Gift” is one of Velvet Underground songs that I enjoy most, not for its ironic tale or the final expression of Cale in the group, but for the way it teaches me about the personality of its author and, most importantly, for the way it reminds me that we must continue striving for better female representation and respect in music.