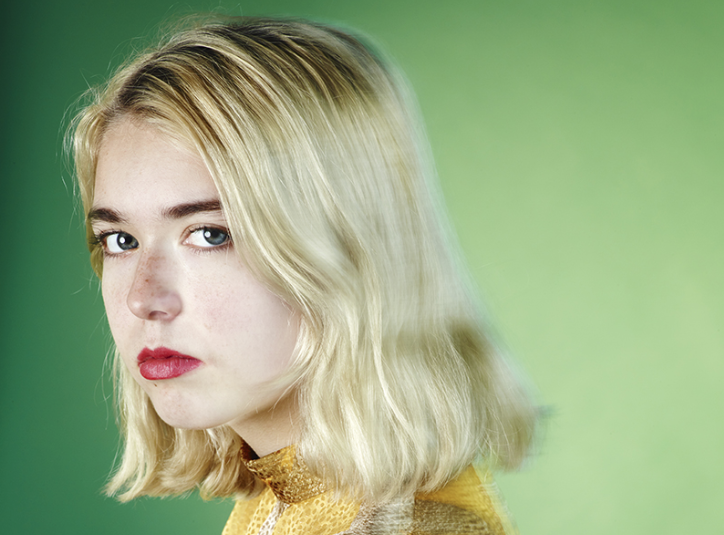 On the surface, Snail Mail songs seem simple: they’re catchy and straightforward enough to feel familiar on first listen, and tend to follow well-trodden indie rock tropes. And, like many DIY acts to break out in the past few years, their music is centered around deeply personal lyrics backed by shimmering guitar lines. But there’s something different about Snail Mail, something unique about their music that’s difficult to put into words. The best way I can describe it is this: each time I listen to Lush, their debut album, I find myself latching onto something new that I hadn’t discovered before. The album is a collection of deeply intricate tracks that continue to surprise me, even after countless listens. The songs are beautifully arranged and complex in subtle but significant ways; they feel recognizable but never end up where I would expect.

Lush has pre-defined boundaries––it’s a 90s-influenced guitar rock record centered around the personality of a single songwriter––yet the songs remain unpredictable and follow unexpected threads and ideas where lesser artists might pursue more conventional routes. Much of the band’s strength comes from the emotional intensity behind frontwoman Lindsey Jordan’s voice. Her vocal delivery packs a ton of personality into these songs, elevating them from good to great. Subtle quirks like emphasizing different words each time a chorus is repeated or ending songs in surprising places give the songs an added depth that makes the album endlessly re-listenable.

Because of this, the songs translated perfectly into a live setting, allowing the band to continue experimenting with their songs. Snail Mail opened their Saturday night set at Union Transfer with a brief, but loud jam that set the tone for a powerful and solid set. When talking to the crowd between songs, Jordan, reasonably, seemed a little nervous. As she pointed out, this was her band’s biggest headlining show to date. A year ago to the day, they had played Union Transfer as openers; and on Saturday, they returned as headliners to a packed venue. Despite the slight nervousness between songs, any visible signs of apprehension immediately melted away as soon as the band resumed playing. Overall, the band put together a confident performance that proved they deserved to be on that stage.

The live songs differed noticeably from the recorded versions. Where much of Lush’s greatness as a record comes from how, well, lush it is, the live songs traded in some of this beauty and poise for power and intensity. Live, the songs are louder and significantly rougher around the edges. Jordan’s voice cracks with emotion, rises and falls with the swell of the music, and is overall more energetic than it is on record.

The band surprised the audience near the end of the show with a special cover of Sheryl Crow’s “Strong Enough To Be My Man,” with Waxahatchee’s Katie Crutchfield, which Jordan presented as a special treat for “all the heteros in the crowd.” It was a really nice moment, especially considering Snail Mail’s last Union Transfer show was opening for Crutchfield and her band.
While I enjoyed the whole show, I was truly blown away by their encore performance of “Static Buzz” from their 2016 EP. It’s always been one of my favorite Snail Mail songs, and it benefited the most from the live setting. A slow-burning song that builds from a melancholic mumble to a passionate yell, the song was an amazing end to an already-great set. In that moment, it felt like they were playing to a crowd of thousands, not hundreds. They truly gave it their all, and the song felt like it could be played in a stadium, something rare for today’s more introverted indie rock groups.

Snail Mail will close out their summer tour with performances throughout the Midwest, so if you have the chance to catch one of their shows, be sure to take the opportunity.