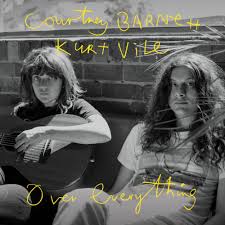 After Courtney Barnett’s smashing success with her 2015 debut album Sometimes I Sit and Think, and Sometimes I Just Sit, a record where her clear voice, endearing Australian accent and clever turns of phrase made her an immediate music festival and all-around indie darling, what more natural next move than to join forces with a seasoned, seventh-album indie veteran Kurt Vile?

This collaboration is not an intuitive one, but feels incredibly natural. The first single from their upcoming collaborative album rests clearly more in Vile’s territory than Barnett’s, with her typically clear voice and sardonic tone a welcome addition to his well-worn garage-rock sound, a natural continuation of the vibe found on many a track on his 2015 album b’lieve I’m going down. The listener does long for a little more flaunting of Barnett’s lyrical genius, the clever turns of phrase she’s come to be known for, but the blending of her voice comfortably in Vile’s territory illustrates her impressive flexibility as a singer.

The slow, lazy tempo and slacker aesthetic that permeates both Vile and Barnett’s music is given free reign here. Neither of them are in any rush (the track clocks in at 6:19). Don’t wanna talk about it/Simultaneously I shout it, sings Vile over smashing guitar.