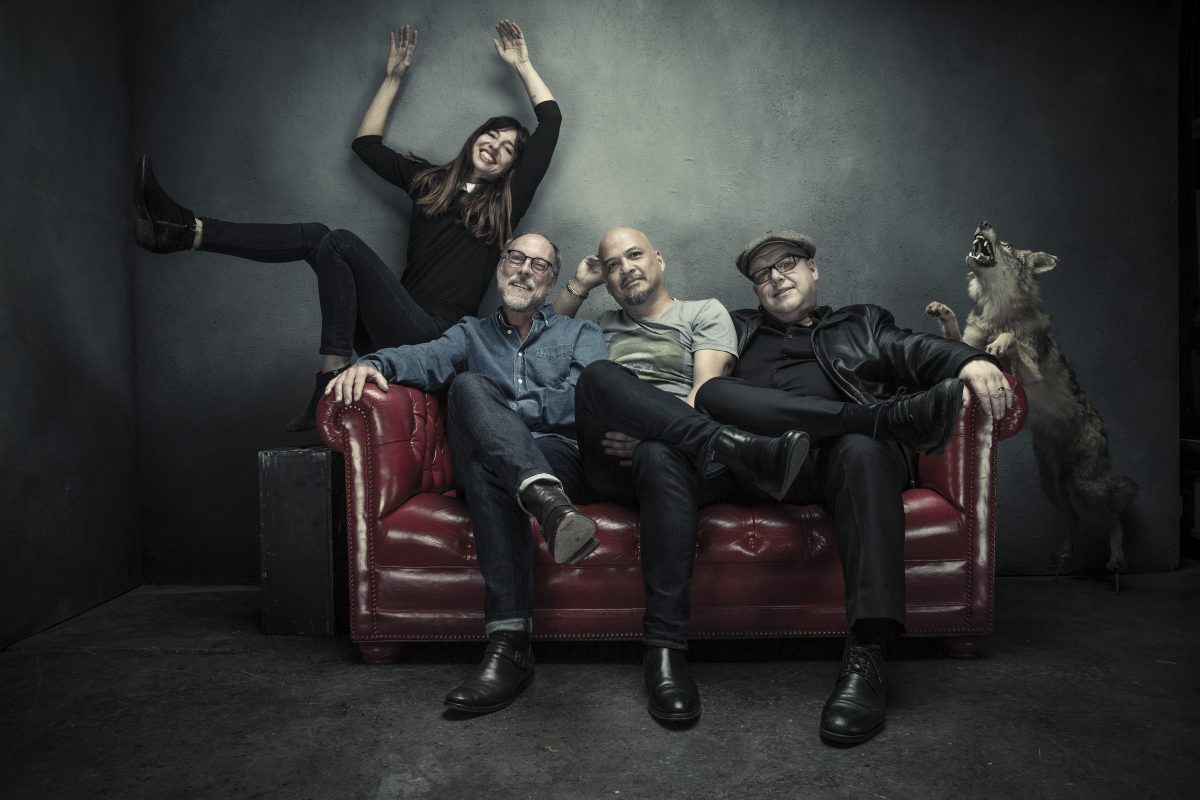 Enclosed by the four lavender-colored walls of my middle school bedroom, I put an unmarked CD in my boombox, cranked the volume, and hit play. The CD was the third of six mixes I received as my introduction to “good music” from my first hipster crush – a dude who had long hair, smoked weed, and rode his longboard around suburbia on the weekends. I couldn’t tell you why I picked the third one to play first, but when I heard a man’s voice yell, “Hey!” on the first track, I knew I had bought my one-way ticket away from the bubblegum frills of 2012 pop that would change the meaning of music to me forever.

That song was “Hey,” by the Pixies. It’s a song of screaming and nasal droning with more references to whores than my mom probably wanted to hear coming through the other side of my door. It was by far the weirdest and most aggressive song I had ever heard, and I absolutely loved it. Later on in the other mixes, there were more tracks from Surfer Rosa and Doolittle, but “Hey” was the one that first hypnotized me. I remember thinking that if I could latch onto the kind of people who listened to this and loved it like I did, maybe there was a hope of escape from the vapid and uninspired world of lip gloss, boat shoes, and Justin Bieber haircuts that surrounded me. And as I stood in the pouring rain listening to the Pixies live for the first time six years later, I wondered if I’d finally done it.

When their set time arrived, the stage went black, with the softly dwindling daylight enhancing the calm before the storm (literally and figuratively). As the rains began to pour, the Beatles’ awesomely weird manipulation of the same chorus in a series of different genres in “You Know My Name (Look Up the Number),” blasted through the pavilion’s immense speakers. It’s the one song of their career that diehard Beatles fans love to hate, and probably the only one that’s an appropriate prelude to the demented lyrics of the early Pixies.

Black Francis and the band gave the crowd exactly what they craved in the opening song with a captivating rendition of “Where Is My Mind?” which still carries all of the same rhythmic power of its first inception despite the notably aged voice of the lead singer. They rode the wave right into the old-but-great “Nimrod’s Son” off of 1987’s Come On Pilgrim, that left the entire pavilion screaming along, “You are the son of a motherfucker!” Every fan there knew they had to play at least some of the newer post-Deal material from Head Carrier and Indie City, but the Pixies did a good job of balancing this with heavyweights like “Here Comes Your Man,” “Gouge Away,” “Wave of Mutilation,” and of course, “Hey.” There was an obvious wave of quiet appreciation for the new work and crazed en masse sing-alongs to the early stuff, but can anyone really be blamed when the early stuff is considered an indie rock masterpiece to this day?

With ever-moving effects of warm spotlights that recalled the sepia tones of the covers for Surfer Rosa and Come On Pilgrim, the Pixies covered all bases sonically and visually to give the best show they could as a now over 30-year-old band. Rarely did Black Francis or any of the other band members engage with the enormous crowd, transitioning from the killer stop-start guitar of one song to the next. Far from being standoffish though, the foursome gave a synchronized bow at the end of their set, understanding that the heyday of the Pixies was long gone, and that their live shows today are more like a time machine back to when rock still ruled the world.

Being born years after the Pixies’ 1993 breakup, I never had a shot at seeing the band live in their prime. For all the talent of Paz Lenchantin, I can’t help but always see her as the Kim Deal replacement, always a knock-off no matter how close her musicianship comes to the original. The closest the Pixies get to their recorded sound these days is of course on the new material from 2016 that they wrote with Lenchantin in the band, but all of this is common knowledge to any remotely dedicated fan. It would be easy to write a review of nostalgic griping about a time gone by that wonders who the Pixies equivalents are of today, but quite honestly, it was an absolute pleasure to finally see one of the few bands I’ve idolized for my entire adolescence. And by the looks of the mixed-age crowd surrounding me, it was clear I wasn’t alone in this. Simply put, we are and always will be chained to the Pixies.