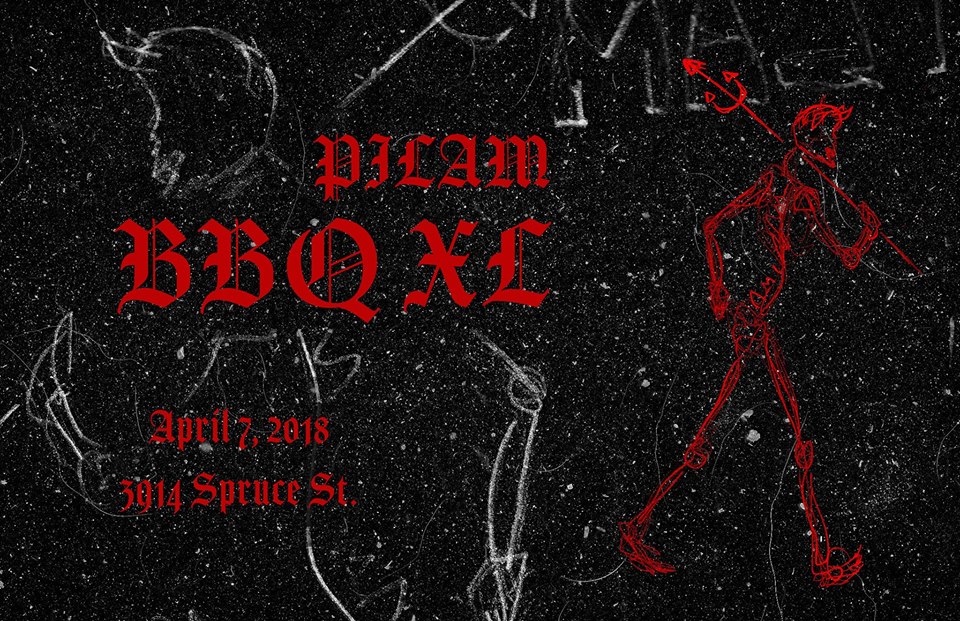 On April 7, Pilam, a fraternity on Penn’s campus, will host the 40th anniversary of their annual spring BBQ – a day-long cookout featuring 12 hours of live music. If the promise of free food (with vegan options) isn’t already enticing enough, over 17 bands representing a wide range of music genres will perform throughout the day. The Facebook page for the event lists all of the artists and their respective websites for party-goers to check out before the festival.

One of the bands performing is Del Water Gap, who will also open the RFA Album Release Party at PhilaMOCA later that day. This indie-folk trio hail from Brooklyn, and say that inspiration for their sound comes from “romantic encounters and dimly lit rooms.” Their sound is a balance of city and country, backing the folk-inspired lyrics about lost love with undulating waves of electric guitar and drums. The tone of their music reminds one of other Brooklyn-born bands like Grizzly Bear, only slightly more acoustic.

Another artist to look out for is ehiorobo, an art-rap vocalist from New Jersey. The sound of his vocals evokes his jazz and soul roots, while the drum machine behind them injects a mix of hip-hop and dance rhythms. He released two singles, “junglecat/firebird” and “comets & fake blood,” both of which are available for listening on ehiorobo’s website. Both songs layer different vocals and rhythms into the full and familiar R&B sound of this artist.

Hello Shark is the lo-fi indie project of Philadelphia-based Lincoln Halloran. His low voice mirrors Ought’s Tim Darcy in tone, and his recordings feature a stripped-down sound, with imperfections like coughs and count-offs included, highlighting Halloran’s lyrics. His words follow a storytelling style, following the pattern of past artists like Eels or The Moldy Peaches. In doing so, Hello Shark makes that beloved old indie sound relevant again, breathing new life into it with a blend of acoustic and electronic beats behind lyrics that channel other contemporaries like Big Thief or Rex Orange County.

But these artists are only a few of an impressive set list full of some powerful local acts. Their sounds range from art rap to experimental rock to indie pop in a variation that’s sure to have something for every ear. For those who want the same kind of music surplus of festivals without the hygienic risks of the often-unsavory campground areas, this year’s Pilam BBQ will deliver. Between that and the free food, there’s no better way to spend one of the first Saturdays of spring in Philadelphia.