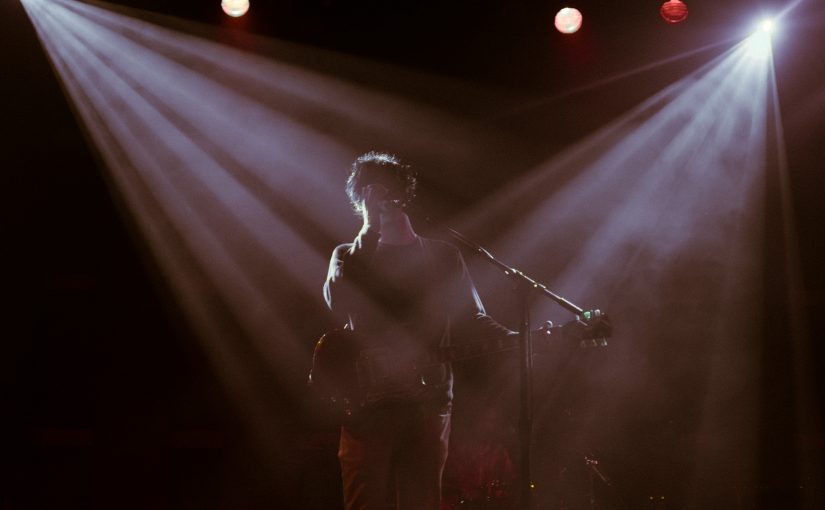 Last weekend, World Cafe Live hosted the inaugural Philly Music and Arts Festival, a festival that boasted all local acts (and, just as importantly, all local brews). The festival was a non-profit endeavor, with all the proceeds going to music education charities. In its first year, the festival established itself as a benchmark of the exploding music scene in Philadelphia. Here are a few of our favorite acts from the fest:

Kississippi was one of the first bands to perform for the festival, and when they went on, there still was the usual chatter and movement as people got settled into the relatively small upstairs World Café Live venue. Through the commotion, however, Kississippi cut through the noise to deliver songs that were strong and clear, but still managed to feel restrained. Their minimalist stage, featuring a new lineup, still felt full, with a sound that filled the room and quieted the audience. Zoë Reynold’s voice mixed perfectly with the circular guitar rhythms to create sad, poetic songs that turned to ballads. “You know I’m not ever up to much, /You know if I’m up late I’m not up to much, /Should have known that you don’t like to be touched” Reynold’s sings on “Greyhound”, one of my favorites, one that seemed to settle the room and hold everyone’s attention for a few minutes. Kississippi took time to make small words big, quiet voices loud, and simple chords pack a punch.

Harmony Woods broke in the audience for the night, beginning their set with a raging ballad to wake up everyone up. The stage seemed to explode with their sound, creating powerful songs to hold you in their scope for the time being. The band had a wonderful synchronicity, something that could only be seen live, with the drums setting everything to their pace and the guitars punctuating every beat. The perfect layering of parts created an indie sound with pop punk sensibilities. It seemed as though the stage could hardly hold their sound. Every song trapped you in its field and left the room behind.

Though the three-piece band, composed of Reimold on guitar, and two fellows both named Mike on bass and drums, felt small in the upstairs stage of World Café Live, it was made up for with Reimold’s masterful use of loop pedals and vocal effects, along with sheer noise. By the second song the shoes had come off, literally, with Reimold controlling her pedals with her big toe to artfully layer rhythms and expand her already impressive voice, all without missing a beat. On one song, she begins by slowly adding more and more layers of vocals to create an eerie chorus line. Every one of her songs went from a whisper to a scream, Reimold quickly outstripping the speakers with her incredible propensity for volume. Reimold coupled the power of guitar effects and her own voice to create songs that echoed pure rage, like a release unto the audience, almost a catharsis for everyone involved.

Cayetana closed out the night on Friday, with a set of pure pop punk, a three-piece band with a guitar like Sleater-Kinney and a sound like P.S. Eliot, all to provide a fun, dance-y set to end the first day of the festival. Though it was creeping up on midnight, the audience still felt alive and awake with the colorful songs Cayetana presented, along with upbeat drums and a cutting bass to wake everyone up. Cayetana finished the first day with a personable, intimate, and honest performance that kept everyone dancing and clamoring for more, leading to the request for an encore, a successful first night for the festival.

Pine Barons brought the downstairs stage to life with interlocking guitar rhythms, enigmatic lyrics, and a drummer working his butt off, all to create a wall of sound like an atmosphere. The bright lights complimented their explosive sound, with bright, shiny guitars and spacey vocals, with sounds from Vampire Weekend to Cloud Nothings to Coldplay. Though Pine Barons provided a musical experience like no other at the festival, their set felt veiled, with no space between songs, and hardly any words spoken by the band, except a few to introduce themselves and thank WXPN for putting on the fest. Overall, they lit up the space for their time given, using their instruments and effects to create something wonderful and powerful, but kept the audience at a distance the whole time.

Sports felt like the truest Philadelphia Indie band to take upstairs stage for the festival, with the classic four-piece setup, and a sound that washed over the audience and was just as much a sensation as it was music. They contained themselves to short, punchy two-minute songs that never ceased from start to finish, each one something you could bang your head or sway your body to. The screaming, winding vocals tied to the heavily distorted guitar and the slamming drums. Between each song they shared riddles and short quips between the band members. Their lively energy and rich, authentic noise felt like true Philly, as though the room were far smaller and the speakers were both too loud and at the same time couldn’t quite capture their sound.

Slaughter Beach, Dog is the solo project of Jake Ewald of Modern Baseball, and his set at the festival felt like the perfect comma to move into the late night of the festival, with gentle, swaying songs and rough around the edges rock songs. They slowly built up to anthemic tunes by the end of their fifty-minute set, every song featuring a groovy bass, creative and poppy drums, and Ewald shredding on his Les Paul. It was definitely a chill, smooth, and rocking way to move into the final hours of the festival.

With a great lineup, great execution, and support from local vendors and the Philadelphia community, the first ever Philly Music and Arts Festival was a success. In the future, the festival aims to book even more Philly artist, and with the proper planning this festival could become the event of the year for the burgeoning Philly music scene.