Made in America: Day 1

This year was my third year attending Made in America, but my first year going as a photographer. It was also the largest gig I’ve ever shot. The energy of a festival crowd is very different than that of a concert, where people have paid to see a specific artist. At a festival, people might love the artists, or they might just happen upon a show and enjoy themselves, or they could just be waiting for their favorite act who comes on next. The crowds are more spontaneous and unpredictable, but so are the artists. I had a ton of fun throughout the weekend, seeing a variety of different artists.

I spent the entirety of the first afternoon at the Skate Stage, which was the smallest. It’s where they put the “edgiest” up-and-coming artists. For some reason, they also have skateboarders skating off the side of the stage. It’s hard to explain and can get hectic, but it can also make for some hilarious interactions. The first group I shot was Injury Reserve, a three-man rap collective from Arizona. I knew some of their music, so I was excited for the set, but I wasn’t sure what to expect. They came out with a ton of energy and put on a great show. The fans of theirs who came (and even one of the security guards) knew every word of each song. It was undoubtedly a great set to start out the weekend. 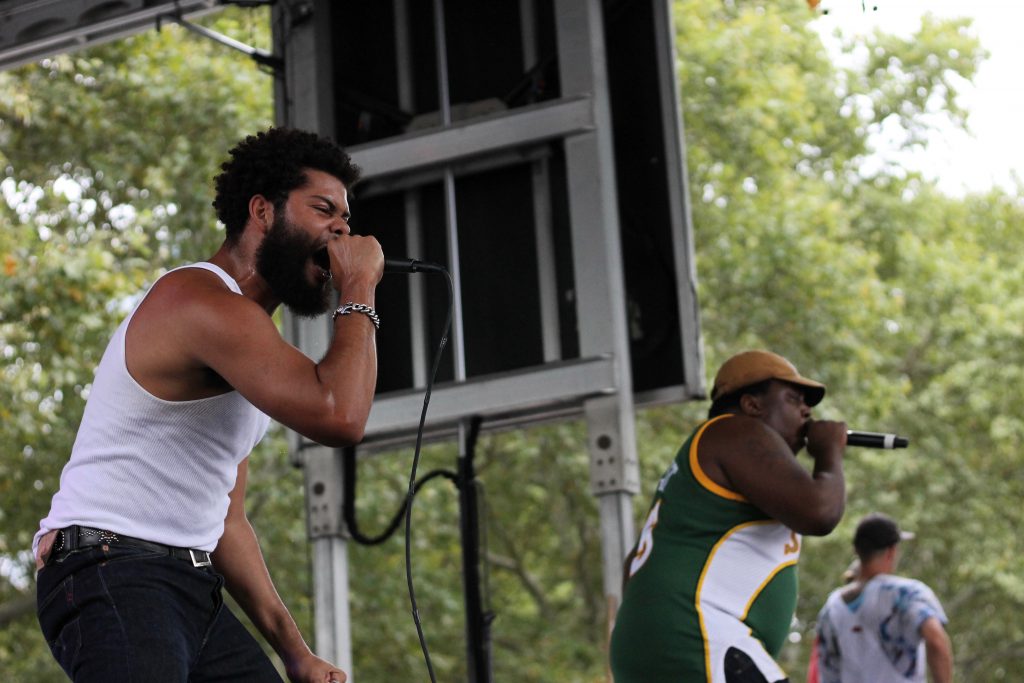 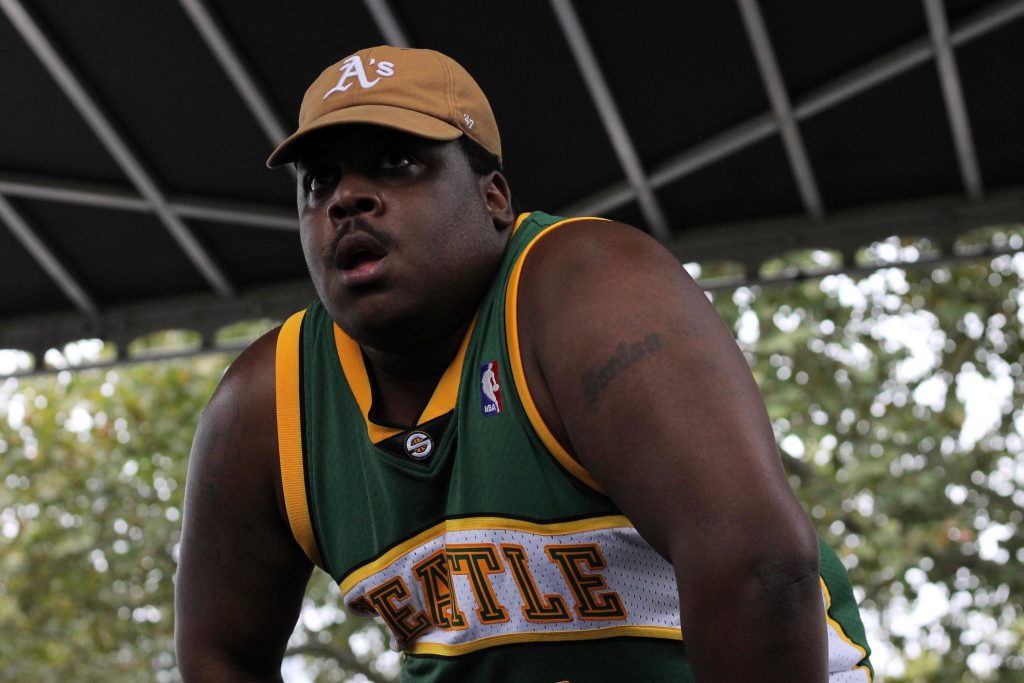 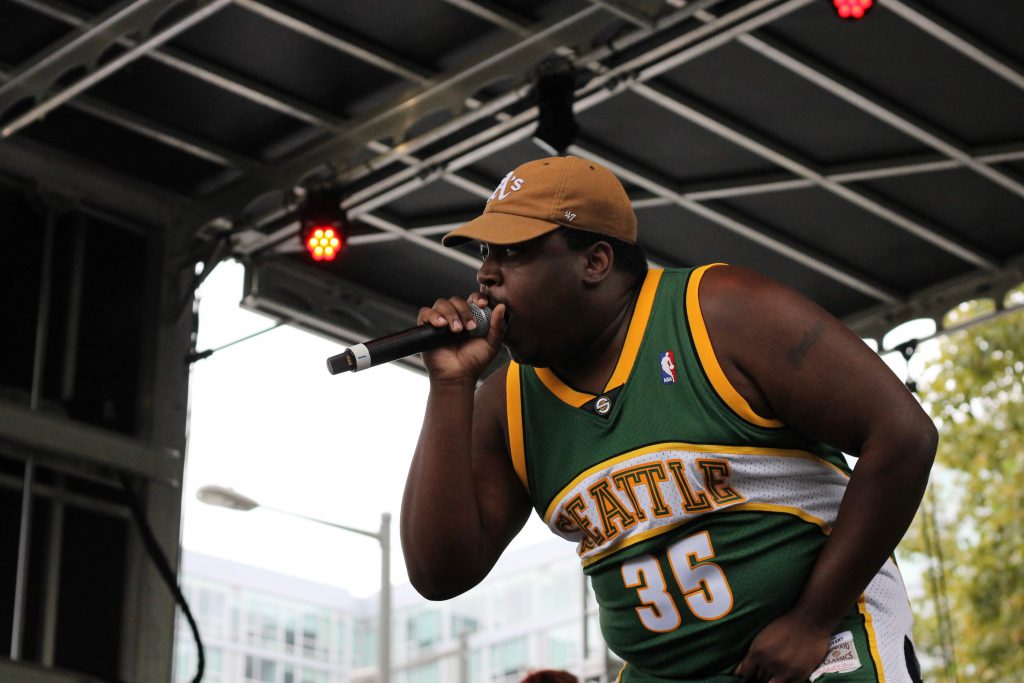 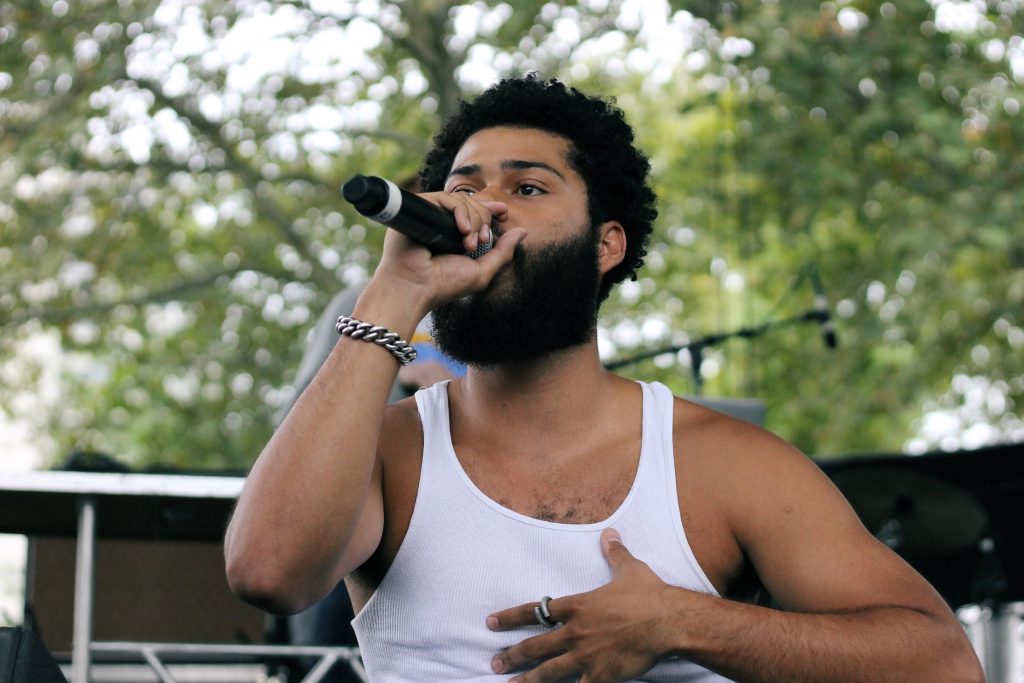 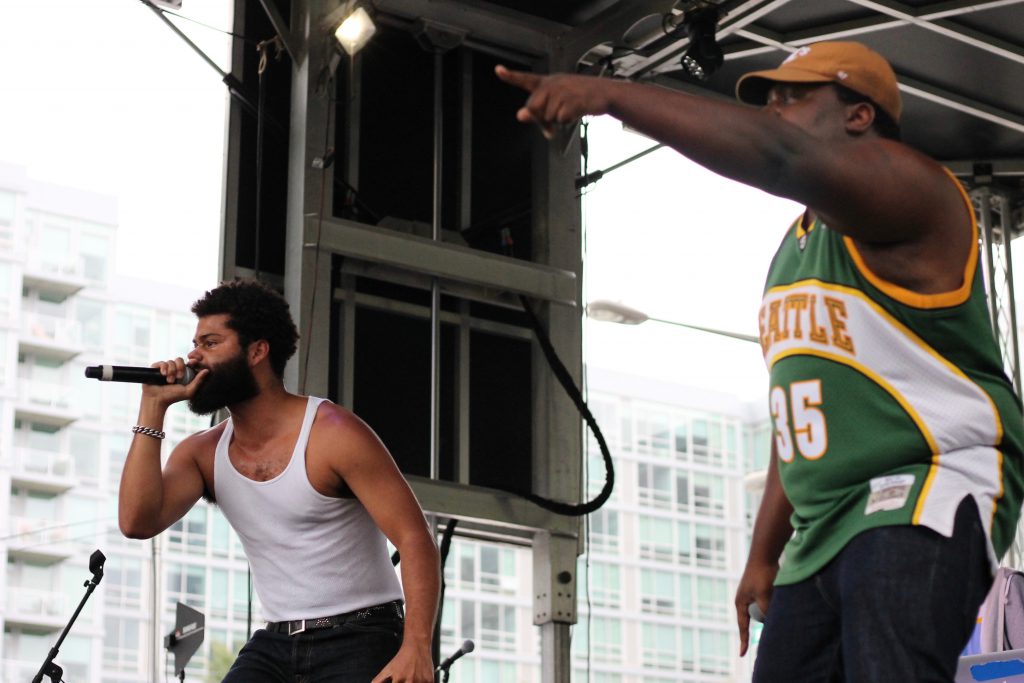 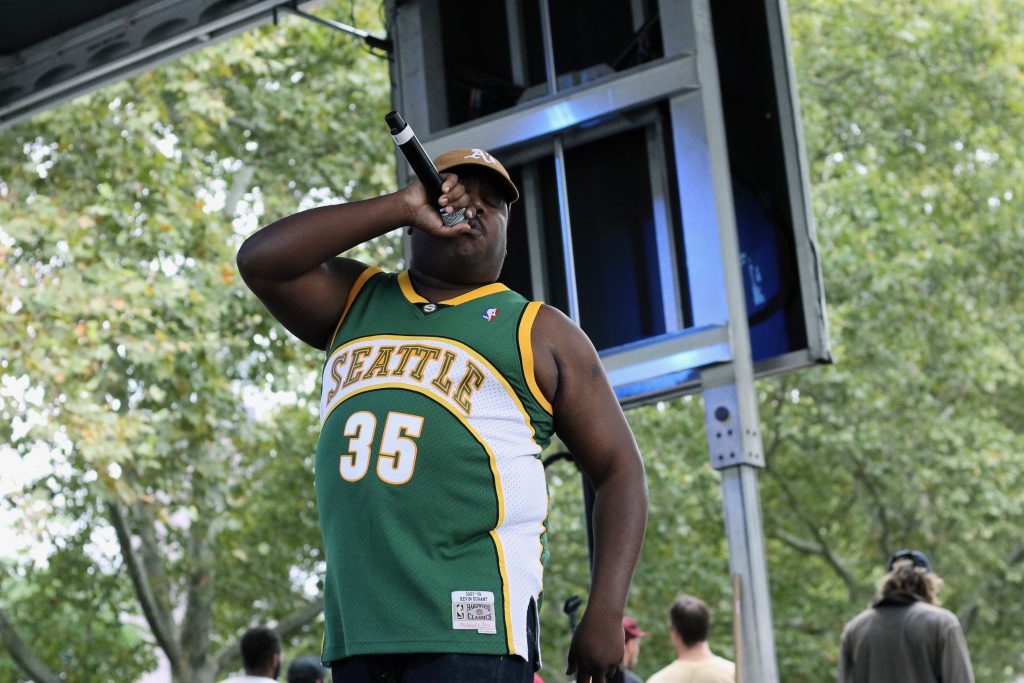 My second act of the day was Kweku Collins, a rapper from Evanston, Illinois. Although it seemed like most of the people in the audience only knew one or two of his songs, his set was fun and upbeat. After the frenetic energy of Injury Reserve, it was far more laid back, but it was good that it was different. He seemed to enjoy himself a lot, which is always fun to watch. One of his fans spotted candy in his back pocket and asked him for it, which he gladly obliged. Later on in the set, someone from that same group of kids offered him their GoPro camera on a selfie stick, which he took up on stage and danced with for a little. Overall, it was a fun, lighthearted set. 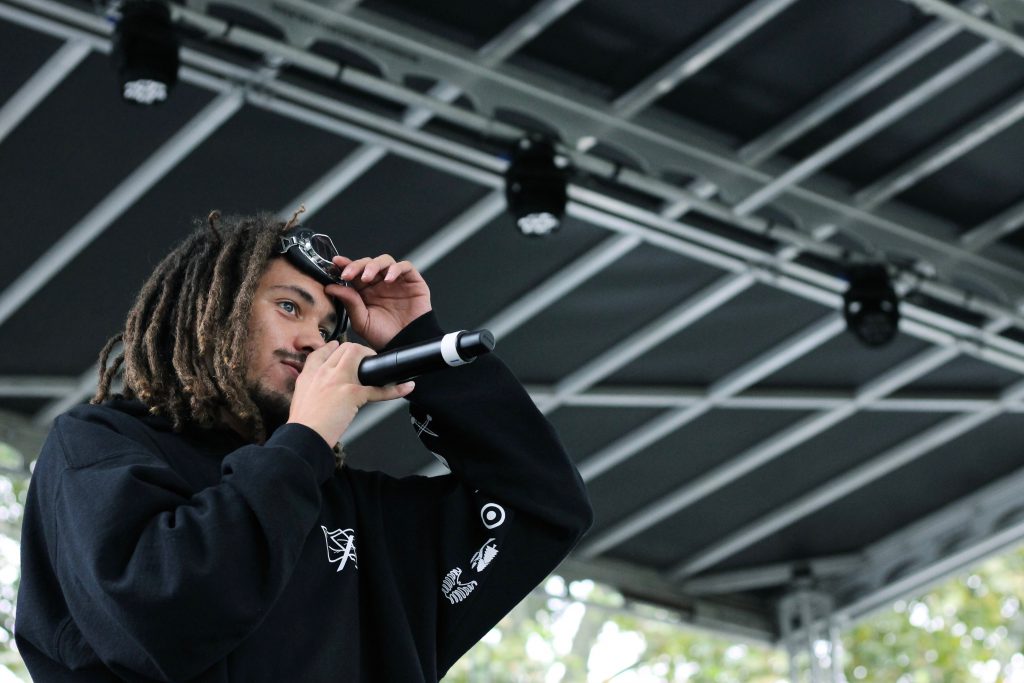 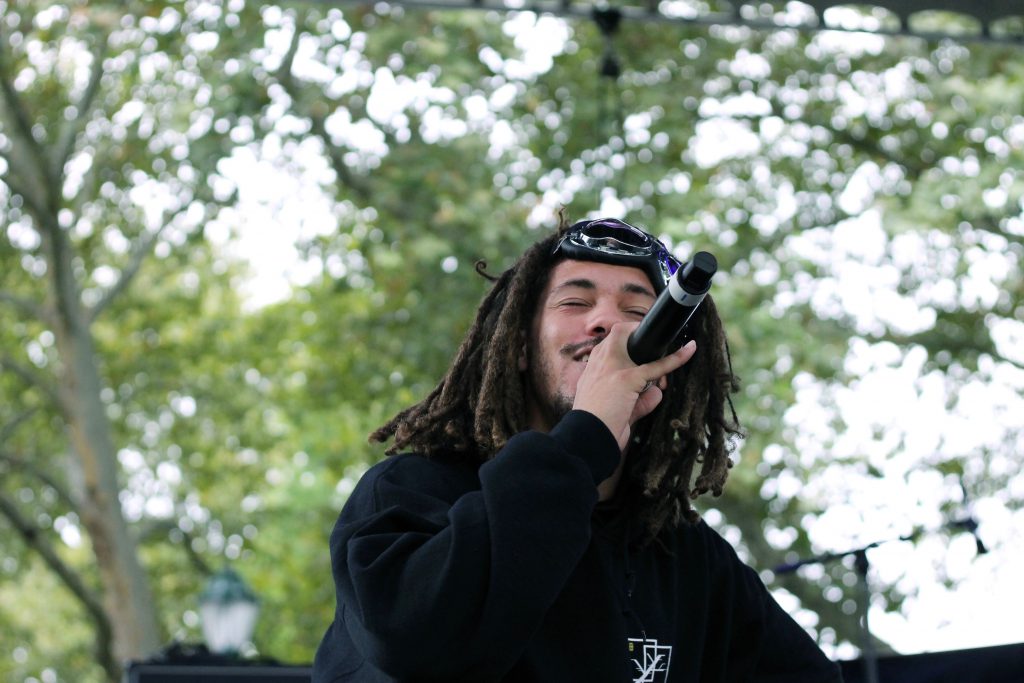 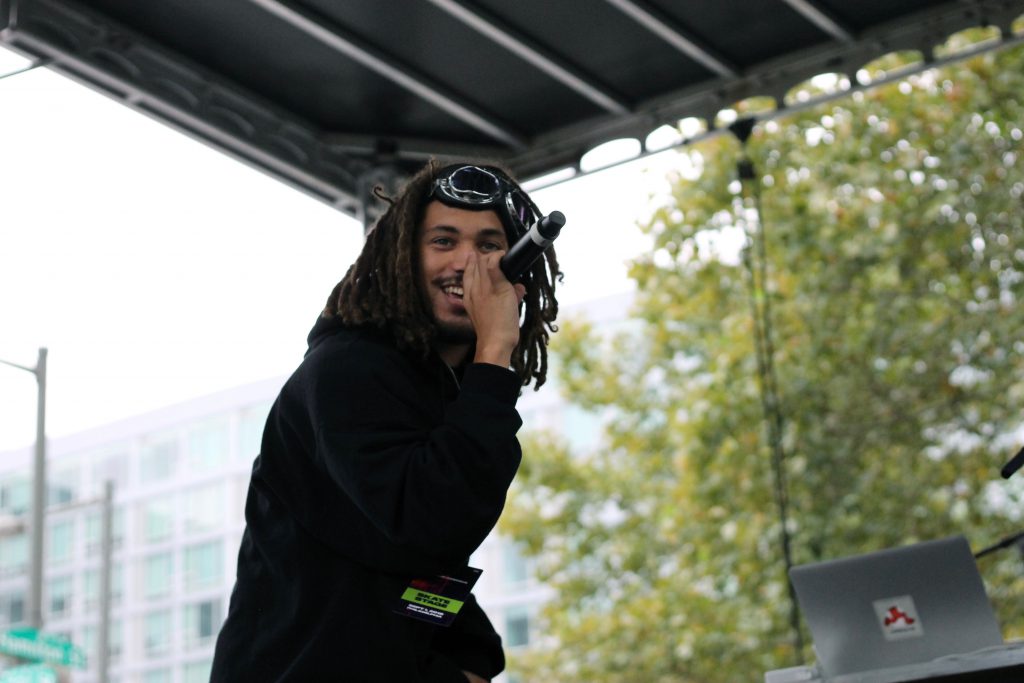 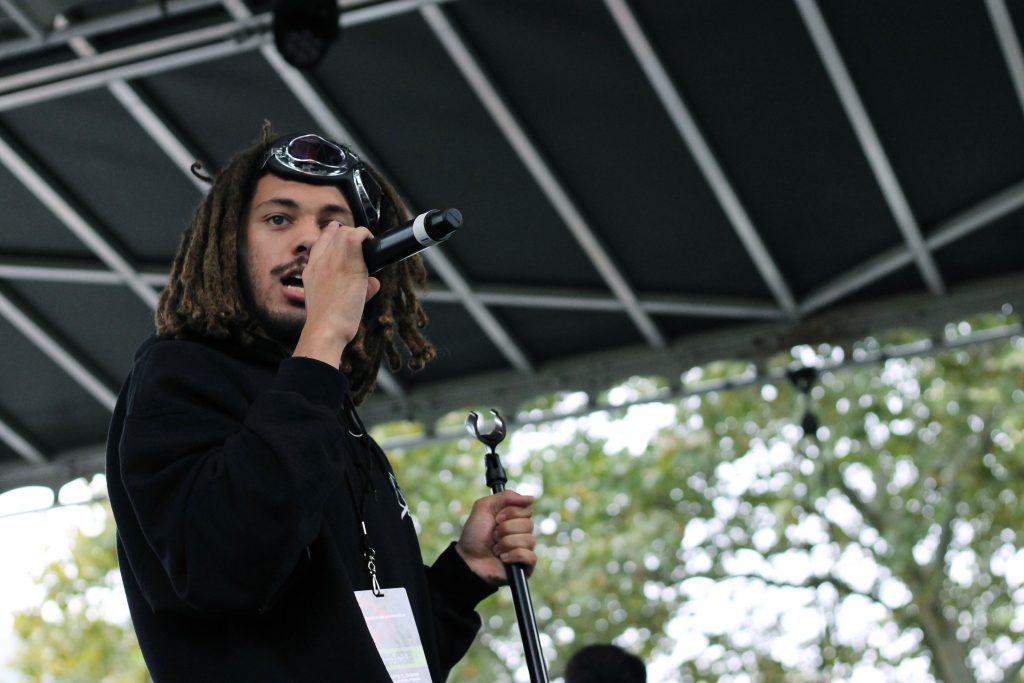 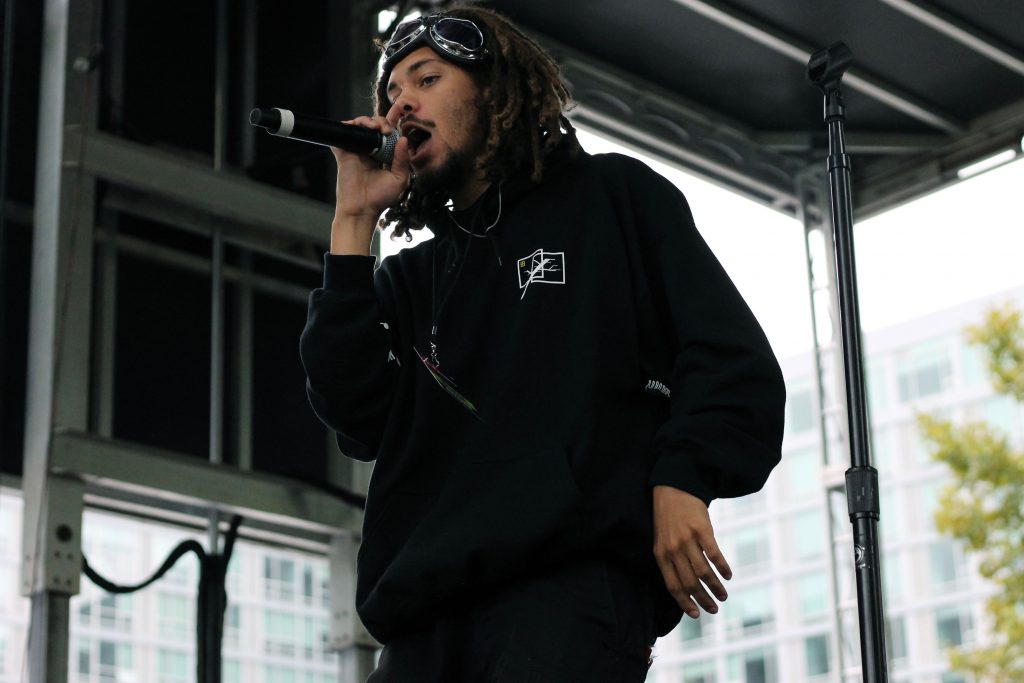 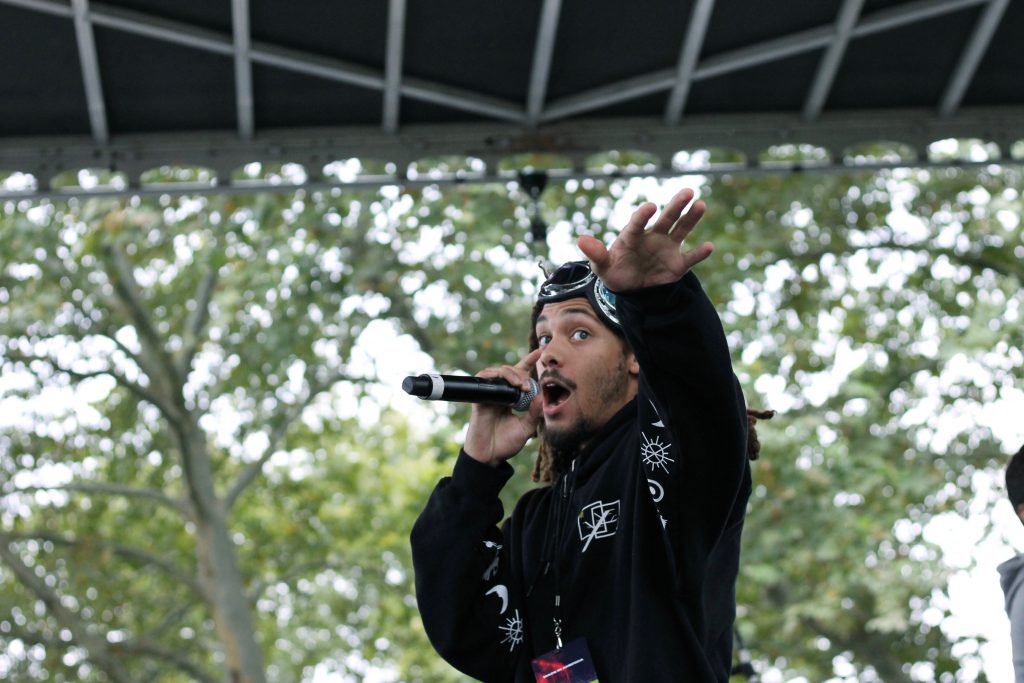 Next, came Saba, a rapper/singer from Chicago, who has worked with the likes of Chance the Rapper and Noname. After the set was delayed for technical difficulties, he eventually just got bored and walked on stage. His band seemed very tense, but he was just very happy and excited to perform. When the set started, it went smoothly, and he gave a great performance. He played music from new and old projects alike. The crowd knew it all, and had a great time dancing and singing along. 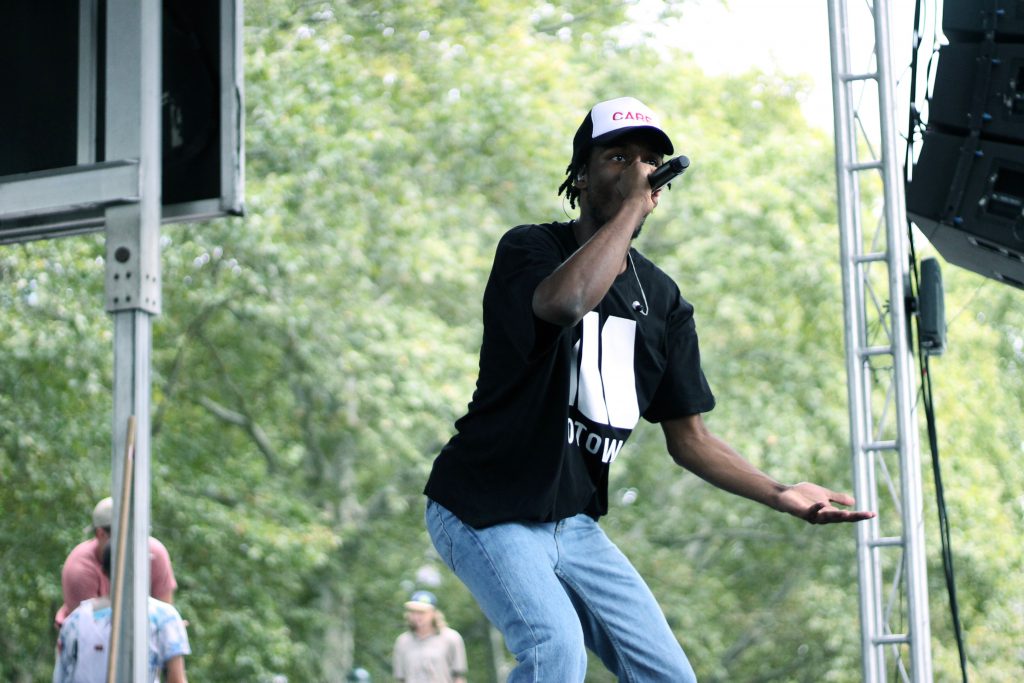 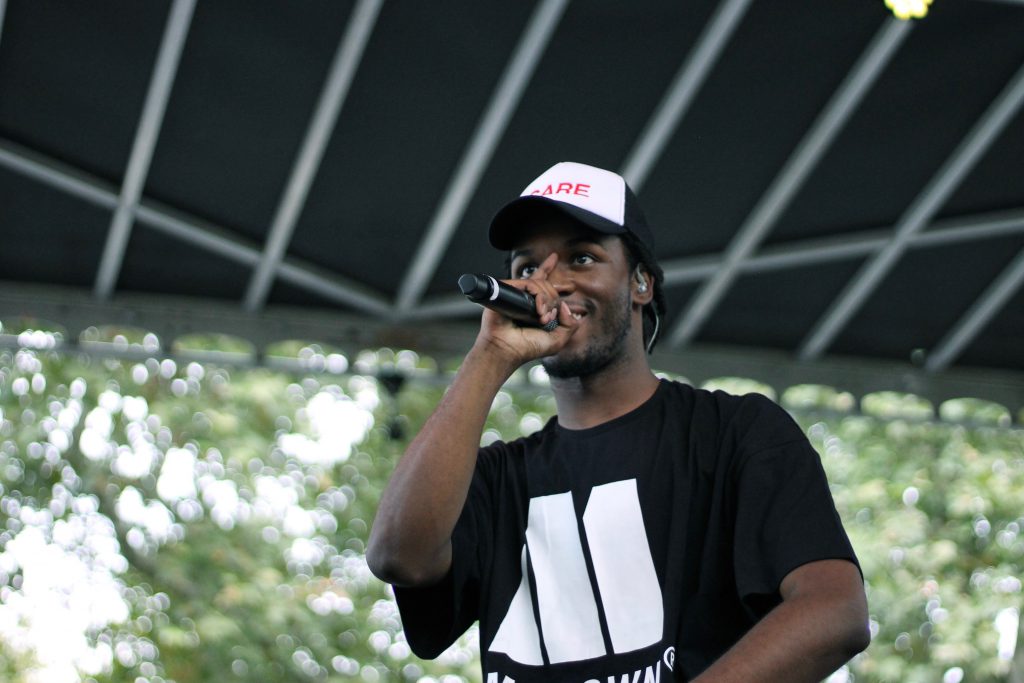 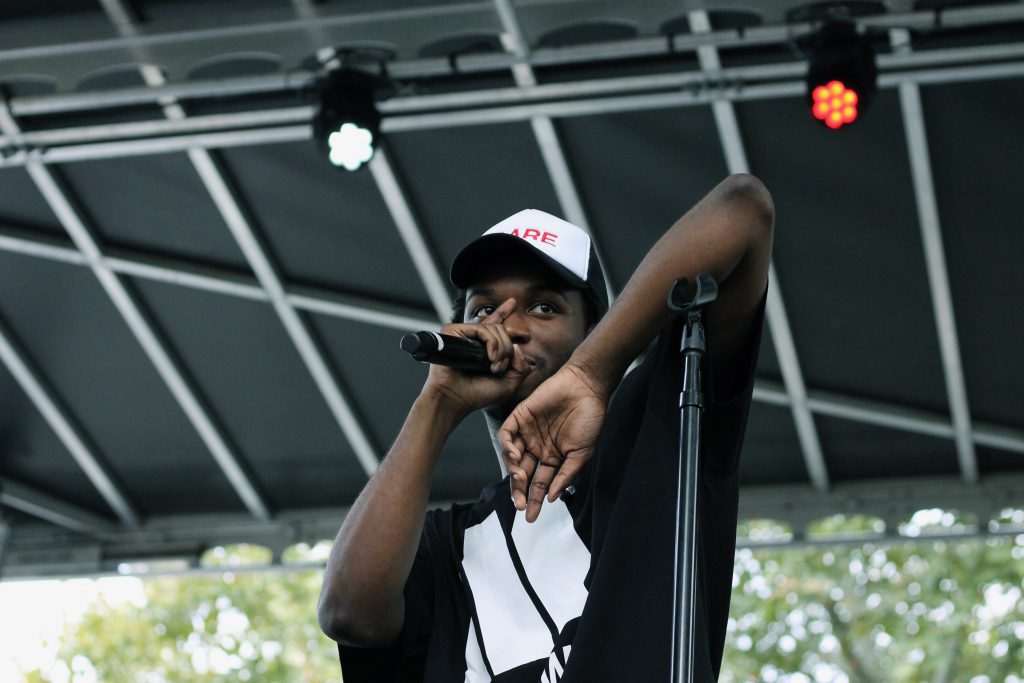 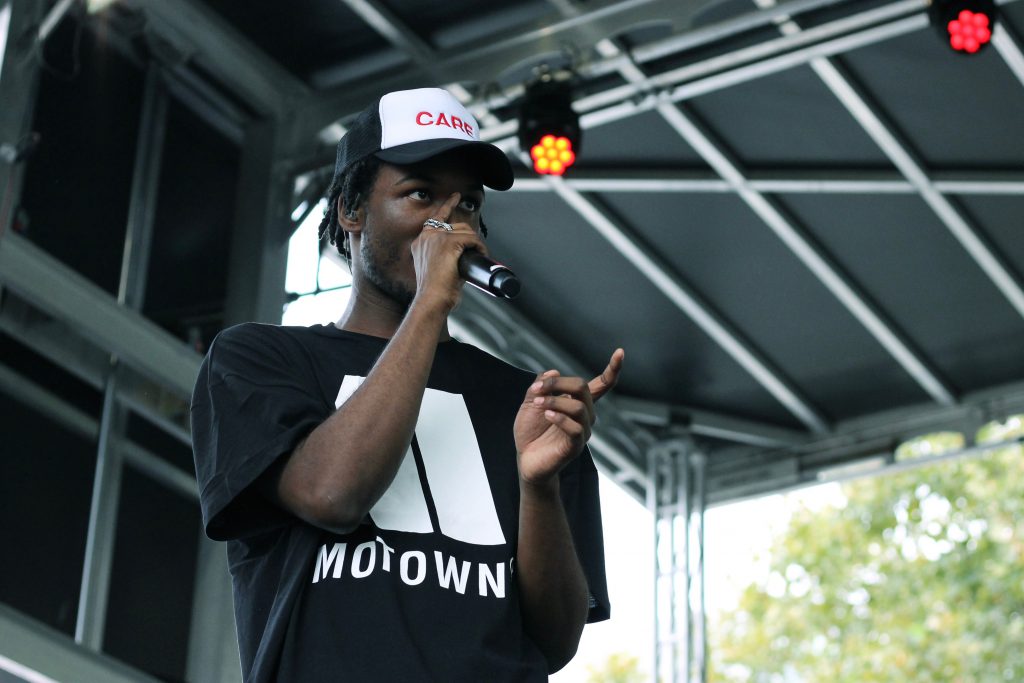 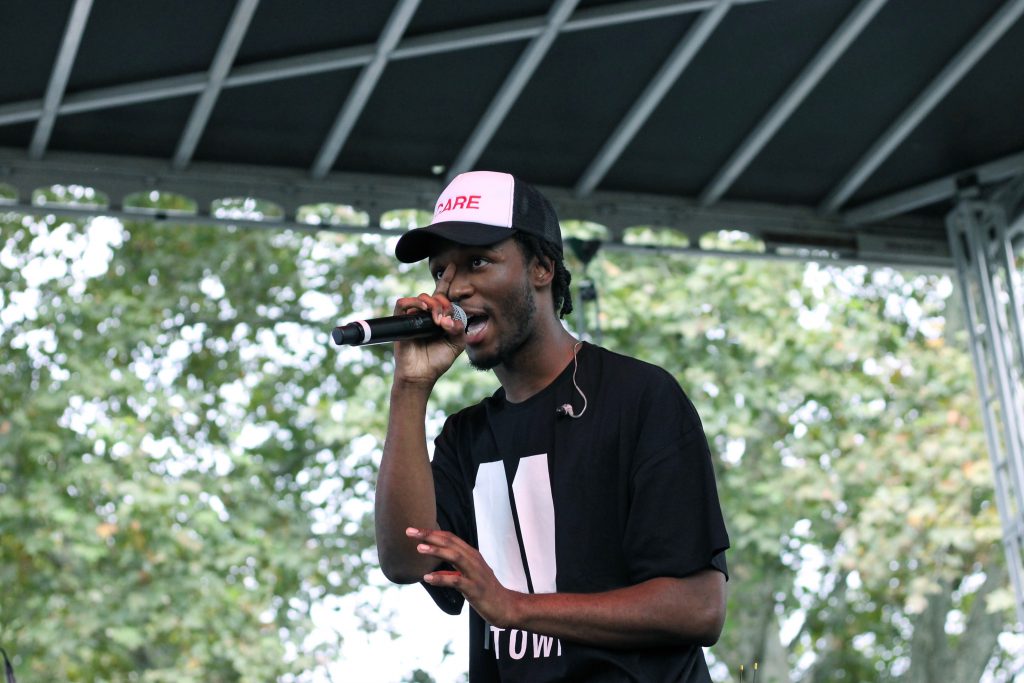 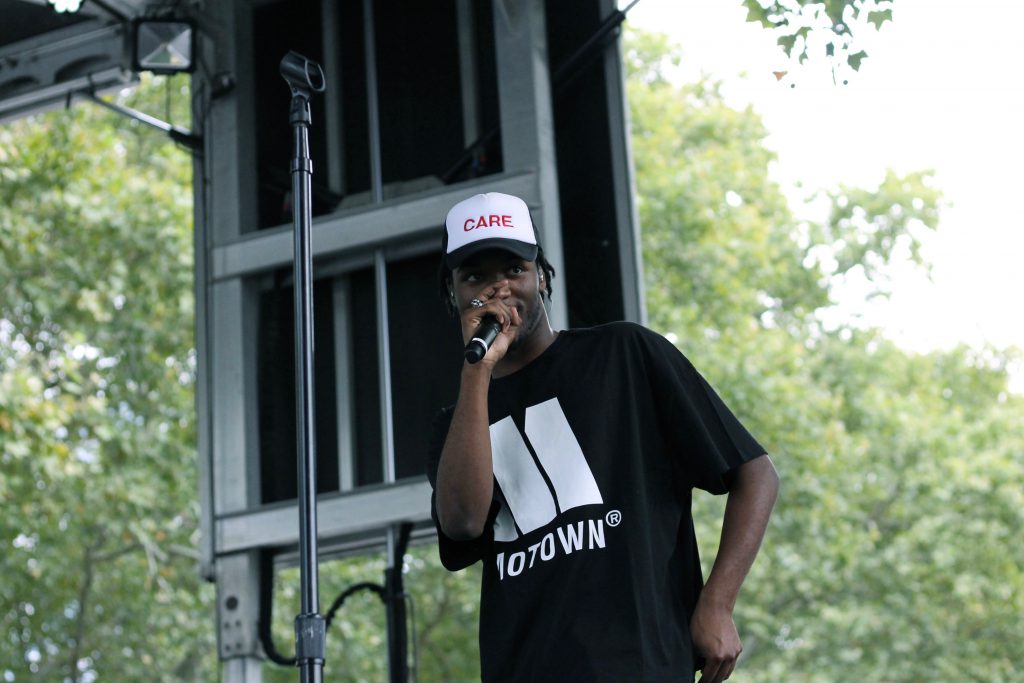 After my afternoon at the Skate Stage, I made my way over to the Liberty Stage to shoot my first big stage. I was a little nervous because I had never shot such a large stage, and the angle was difficult. Janelle Monae came on and gave a powerful set, immediately calming my fears, and allowing me to get lost in the music. She is such a powerful performer, and the show itself was such a production. She had a throne and a coronation, and it was all very fitting. I only know a couple songs of hers, but I’m so glad I went. 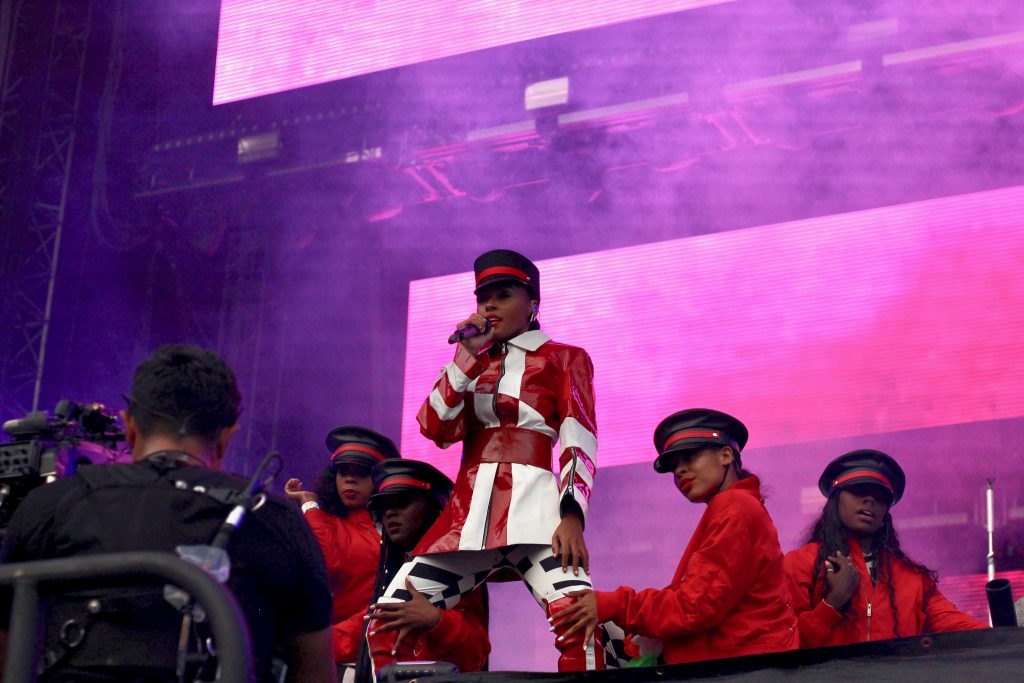 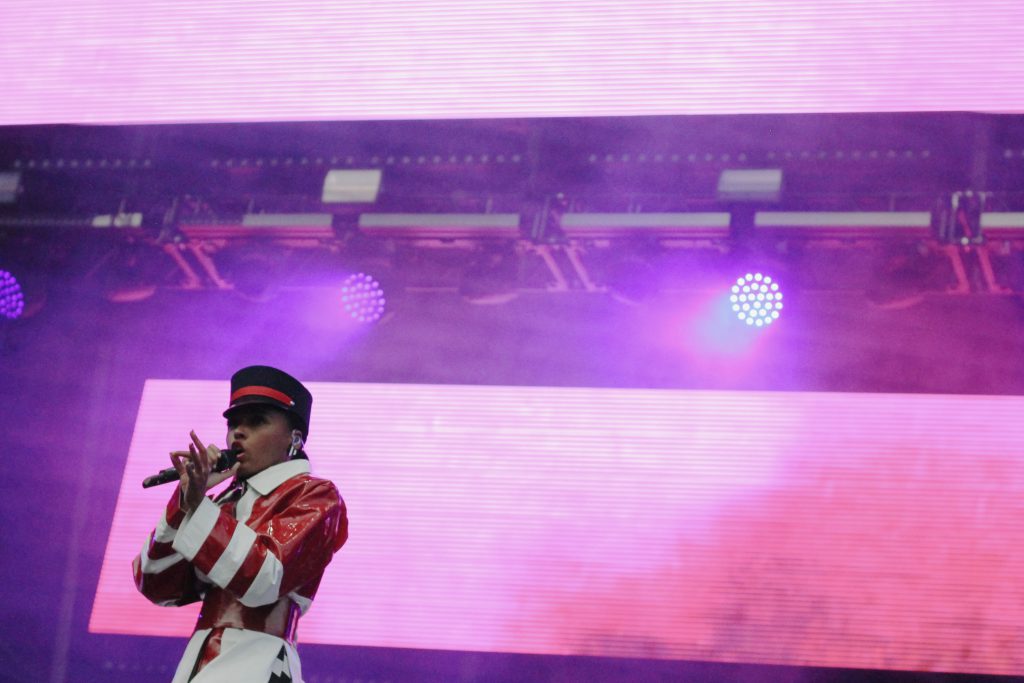 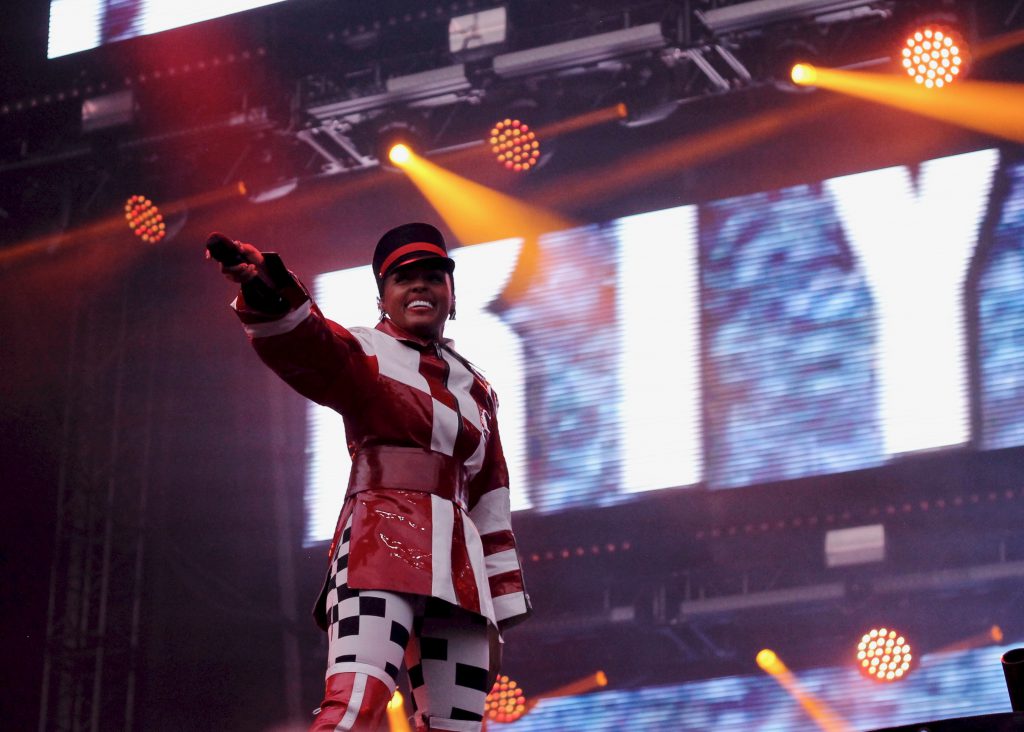 My last set of the night was Meek Mill at the Rocky Stage. This was arguably the set I was most excited for the whole weekend. I don’t know many of Meek’s songs, but I followed his story as he struggled with his experience in the criminal justice system. I attended a rally at Penn back in the spring calling for his release, and have been impressed by his statements since he got out. This was the first show he has played in his hometown since his release. This fact wasn’t lost on the crowd, and it wasn’t lost on him either. He walked out and said, “Philly, this is my welcome home party.” It was clear, though, that the set was less about him, and more about him giving thanks for his opportunities and for the support of his city. He brought out two up and coming Philly artists, Tierra Whack and PNB Rock. He discussed his impoverished upbringing and how he has decided to dedicate his life to making the criminal justice more equitable and fair. It was clear he recognizes his platform, and wants to be a role model for his city and for young men in his community. It was beautiful to watch, especially given that the set didn’t lose its fun. It was a party, but a party filled with gratitude and purpose. 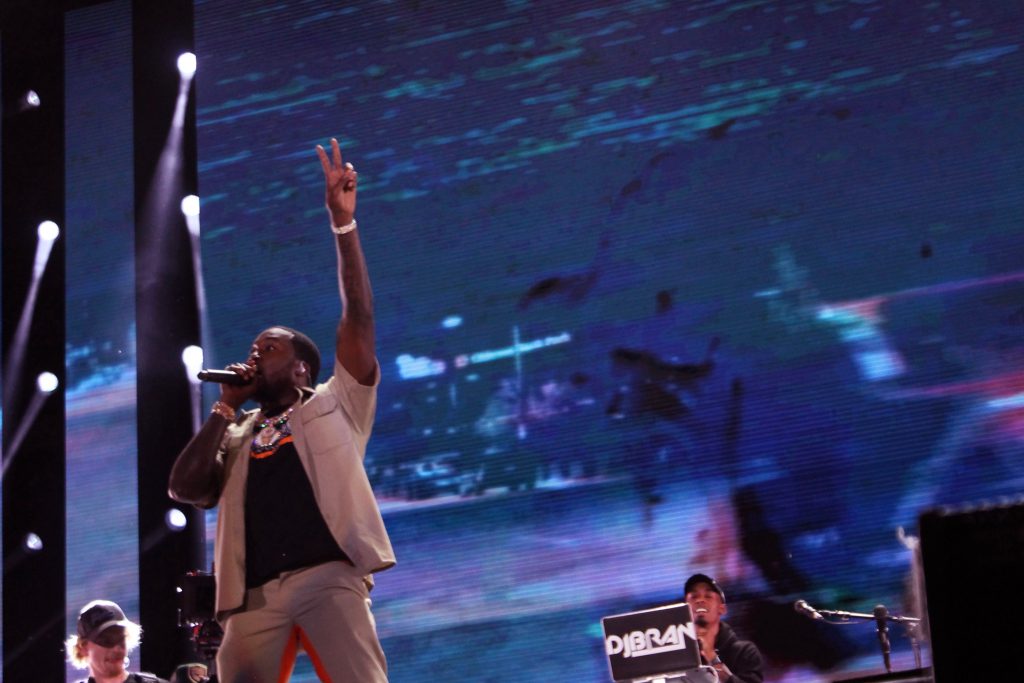 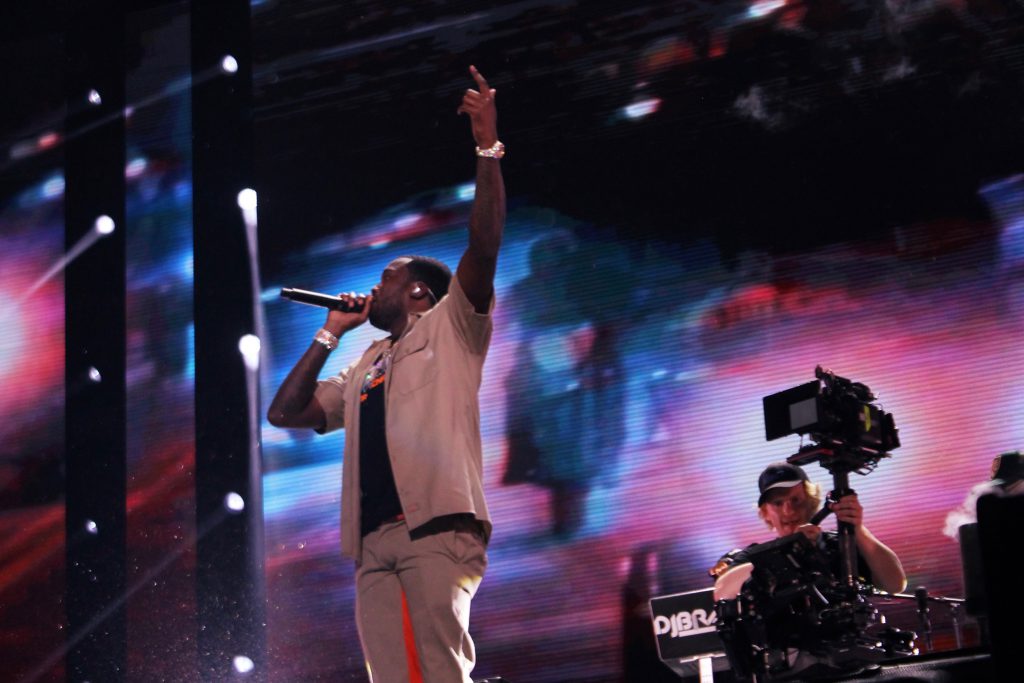