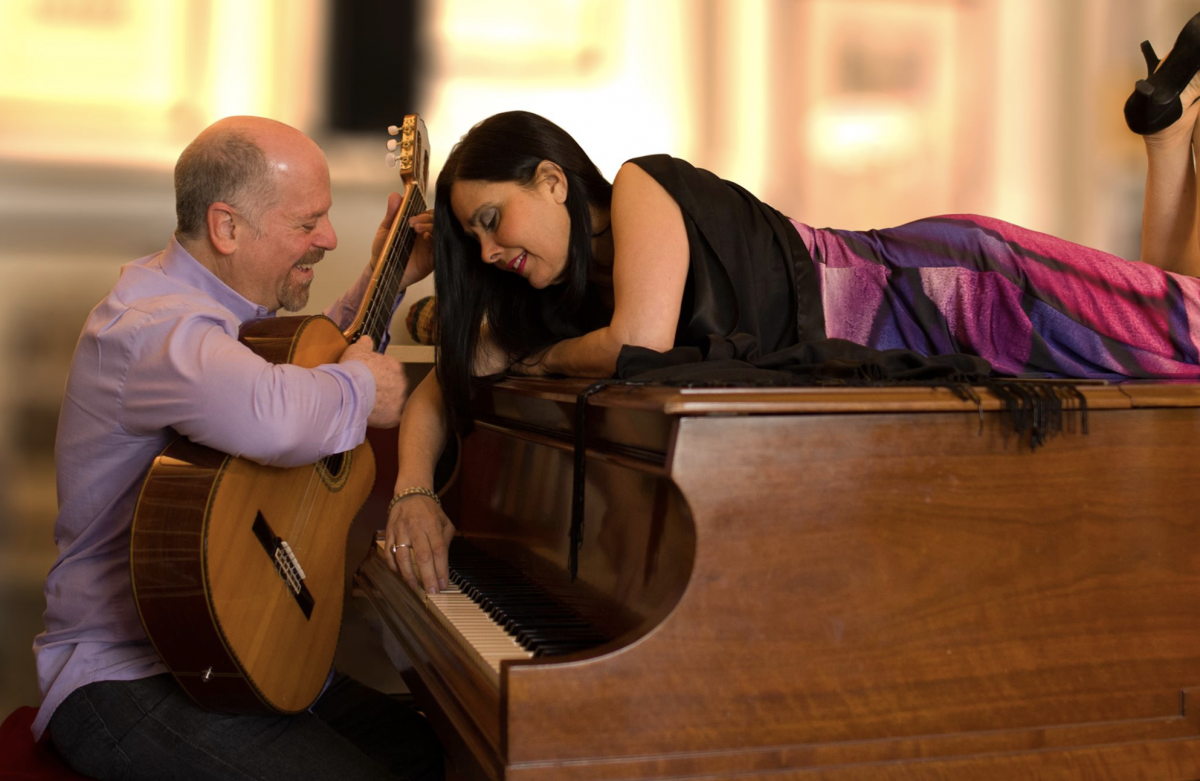 Last Saturday, World Cafe Live hosted a show called The Beatles in Bossa Nova, a reimagination of classic 60’s pop by the Brazilian-focused husband and wife band, Minas.  The show opened to a venue crammed with extra chairs and excitement so tangible it took up any remaining elbow room.  The crowd, which channeled its excitement through a babble of talk and a never-ending demand for onion rings, fell silent as the lights dimmed and the opening notes of Minas’ take on Eleanor Rigby began to play.

It soon became apparent that the band could play no wrong; the audience’s response to every song fluctuated between swilling their drinks to the beat and a room-wide outbreak of nodding and foot tapping.  Whether the band played an upbeat version of “Fool on the Hill” or a take on “Get Back” complete with trumpet fanfare, the music elicited an enthusiastic response from everyone present.  In fact, the audience erupted into applause during each of the band’s covers, that is, until Patricia King Haddad, one of the band’s centerpieces, introduced George Harrison’s “Within You Without You.”

She stared out at the transfixed audience, then leaned into the mic and said, bringing silence to the room for the first time all evening,

“When you start really looking at the lyrics, they are so relevant.”   Then, into the newfound quiet, she read off the song’s lyrics in a clear, measured tone, pausing before the line, “We were talking about the love that’s gone so cold/And the people who gain the world and lose their soul.”

The band resumed playing without further comment, but the tone had changed.   This time, Minas stripped away the tropical vibes and served the lyrics bare.  For a few precarious seconds after the song ended, the room remained utterly silent.  Then, the crowd arose with a storm of clapping and, from somewhere near the bar, a request of, “Play it again!”

The show had other great moments as well; a beautiful cover of “I Will,” a multitude of instrumental solos, as well as the two times Minas invited their grown son, Jordan, onstage to perform with them.   Those songs in particular sparked nostalgia, showcasing the ability of Beatles music to endure throughout generations.   Furthermore, judging by the rapt attention of many women audience members during Jordan’s tenure onstage, his contribution, or at least presence, was a crowd favorite.

However, although it was a show full of highlights, Minas’ brief foray into politics stands out. The show set out to bridge the gap between Beatles and Bossa Nova, but it achieved more than that.  As Minas’ rendition of “Within You Without You” demonstrates, The Beatles in Bossa Nova was a show about bridging all differences, musical or otherwise.