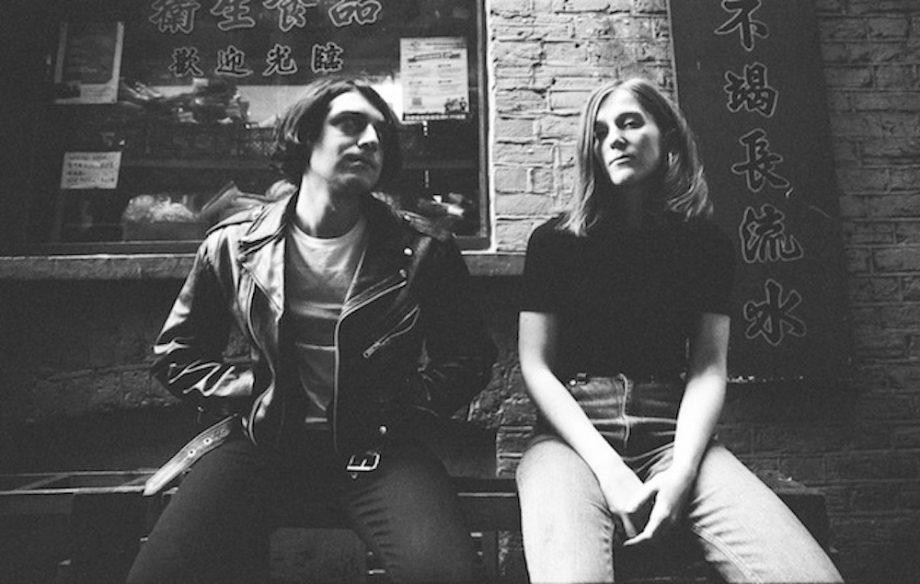 Ever since their debut single “Rodeo” came out in October of last year, QTY have been constantly proving that they are here to lead the revival of classic rock and roll. The New York City duo crafts high-energy and addictive songs – jaw-dropping guitar riffs and fantastic honest lyrics are their trademark, and leave a sweet taste in your mouth which keeps you coming back for more.

In “New Beginnings”, their latest offering pulled from their upcoming debut album, Dan Lardner and Alex Niemetz flip the script. Rather than making you bob your head, “New Beginnings” leads you to self-reflection and introspection. On their previous ballad-like releases, “World Breaker” and “Ornament”, the tempo was slowed down but the songs had a fierce backbone, an underlying confidence. “New Beginnings” is QTY in their rawest form – the song’s brilliance rests on its overwhelming fragility.

A melancholic guitar riff starts the song – a stark contrast from the shiny guitar chords on “Michael” and the dynamic and fierce ones on “Rodeo” and “Dress/Undress”. Along with the riff, chords are strummed slowly, like a deep breath. Everything on “New Beginnings” seems carefully contemplated right from the start. Niemetz takes lead vocals for the first time, her soft voice is comforting as she contemplates harsh realities of our every day (“The race to finish lines where other people’s lives are jeopardized”) and just how feeble life is (“At the flash of a moment I stand”).

The chorus comes with a hopeful tone. Lardner joins her on the vocals and they embrace second chances together by singing “Thank god for new beginnings, I want to be alive”. Their voices blend together better on “New Beginnings” than on any other QTY track released so far, his deep tones support her whisper-like words. She finishes the chorus by herself, asking “Am I alright?”. It almost seems like when they are in unison they are strong enough to cling on to hope and find their “new beginnings” – a symbiotic friendship that is at the core of QTY’s existence and their own day-to-day lives.

The second verse shows Niemetz’s reflections on the mundane. From the way her words are strung together, it seems that she sees the world through desaturated lenses – “A day goes by, another one/ Direction the same, intention so tame” – a thrill or spark is missing and everything is bland and boring. Small and typical decisions become crucial, “should [she] wear white or wear black?”, just to try and shake some life out of her day.

The chorus reintroduces a glimmer of hope, and the song fades away with a gently weeping guitar, leaving us to ponder upon our own lives while QTY look for the chance to start again.

“New Beginnings” is the last taste of new music we’ll get before QTY release their Bernard Butler-produced, self-titled debut album on December 8th via Dirty Hit Records. And if you like what you’ve heard, be sure to catch them live at Boot & Saddle on December 7th, album release eve, during their first ever headline tour.