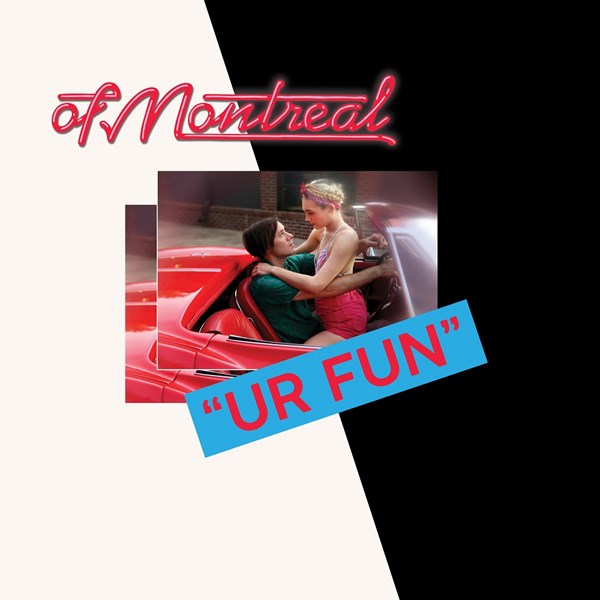 The concept of fun is directly foregrounded on of Montreal’s new album and tour, and I am grateful for the increase in representation of this subject. Fun has had a disappointingly shallow exploration in philosophical thought. While Plato, Kant, Hegel, and the rest of them poured out their hearts for metaphysics and epistemology, they messed up entirely and missed the whole point of it all. There’s something to be said for understanding the fundamental nature of reality, but at the end of the day all these bozos were miserable. What really deserves inquiry is the intrinsic satisfaction of fun, the contentedness of crowding around a foosball table with your squad, all of you sipping on Monster Energy. Finding out about the universe is disheartening, fun is nice.

The songs of UR FUN, which comprised the majority of of Montreal’s performance, flippantly balance uncomfortable realities in their lyrics and saccharine nostalgia in the music. Hearing these songs live is an obvious delight. A single refrain from any of of Montreal track (even reinterpreted to sell steaks) promises the exhilarating live experience that was absolutely delivered. Front man and sole consistent member Kevin Barnes is effervescent still after more than two decades of dynamic performances. Flanking him was a trio of background dancers who’d change between songs into costumes ranging from very scary to terrifying. (Lots of skulls, animal tails, and latex with whimsical choreography to match). With such an established act, it’s a given that the atmosphere of the stage lighting, design, and of the crowd would be so electric. In all appearances and experience, the show vowed fun, and I had it.

The added layer of complexity comes from how fun is positioned as counterpoint. The presentation of fun is predicated on a relatively thin veneer; these new tracks are heavily derivative of classic 80’s pop. This is epitomized on album/show-opener “Peace To All Freaks,” which feels immediately familiar (in part due to the synth riff’s striking similarities to both “99 Red Balloons” and “Take On Me”). These are tried and true sounds to make a hit, and actually quite successful as they’re filtered through the always singular voice of Kevin Barnes. The driving basslines, glitzy synths, and shout-along slogan choruses are brought greater vision through lyrics about the hyperreality of capitalist society. The refrain of “20th Century Schizofriendic Revengoid-Man” are self-reflective of this contrast: “Why does everything seem fake?/ Why does it all seem so unreal?/ Dissociative disorder has got me/ Driving my baby’s guitar insane”. The nostalgic reminiscence isn’t pandering so much as a self-aware coping mechanism.

Still, the style of these songs feel slightly unnatural next to classic of Montreal tracks from Hissing Fauna and Satanic Panic in the Attic. A song like “Heimdalsgate Like A Promethean Curse” is such a hyperbolic acceleration of the pop song that the existential malaise is a natural fit. In contrast, UR FUN forces the conflicting sounds and ideas together to create a friction that suggests the fun, like the system it opposes, is also a construct.

According to the Oxford English Dictionary, the etymology of the word fun is based in the 17th century verb meaning “to cheat or cajole.” On some level, the Lauper-inspired nostalgia did feel like I was being cajoled into having fun, but this is not something I’d complain about. Few others are really going out of their way to construct this level of delightful abandon while still maintaining consciousness of it as distraction. Beneath the layers of lights and distraction, of Montreal never ignores the reason why it’s necessary to dance.

The opening band of the tour, Lily’s Band, took a few minutes before their last song for an organizer from the Bernie Sanders campaign to speak and sign up volunteers for Philadelphia. The crowd were as rapturous for the Bernie chants as they were for the actual pop songs. It’s for sure fun to listen to good songs, dance around a bit, all the usual stuff, but what’s really fun is actually improving the lives of yourself and others. And even if nothing ever got better, there’s at least some musicians trying their best to make it a bit more bearable.