Father John Misty has been one of my favorite artists (and by far my favorite performer) since I first saw him live five years ago. I went to his set at a festival at the suggestion of a friend who had seen him earlier that summer. “Go,” he said. “You won’t regret it.” And so I did. During the course of his 45-minute set, as he sang and pranced and joked, he completely won me over. Not only was he a world-class performer, he was hilarious. At one point, someone handed him a stuffed horse, which he proceeded to pretend to make out with mid-set. I had dragged my reluctant friend to the show with me, but by the end, she, too, had been converted. I had never witnessed such a dynamic, memorable concert — and neither had she. I was a teenager just beginning to explore the boundaries and potential of music beyond the Top-40, and his vitality and energy were indescribably exciting to me. That was in 2013, when he was touring his debut album, Fear Fun. 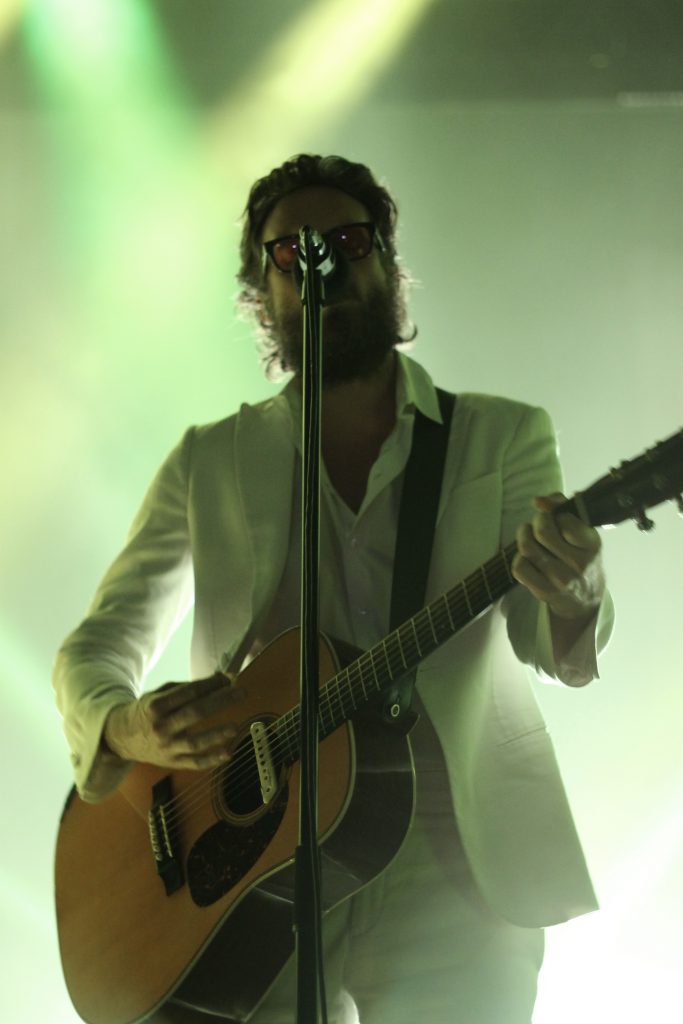 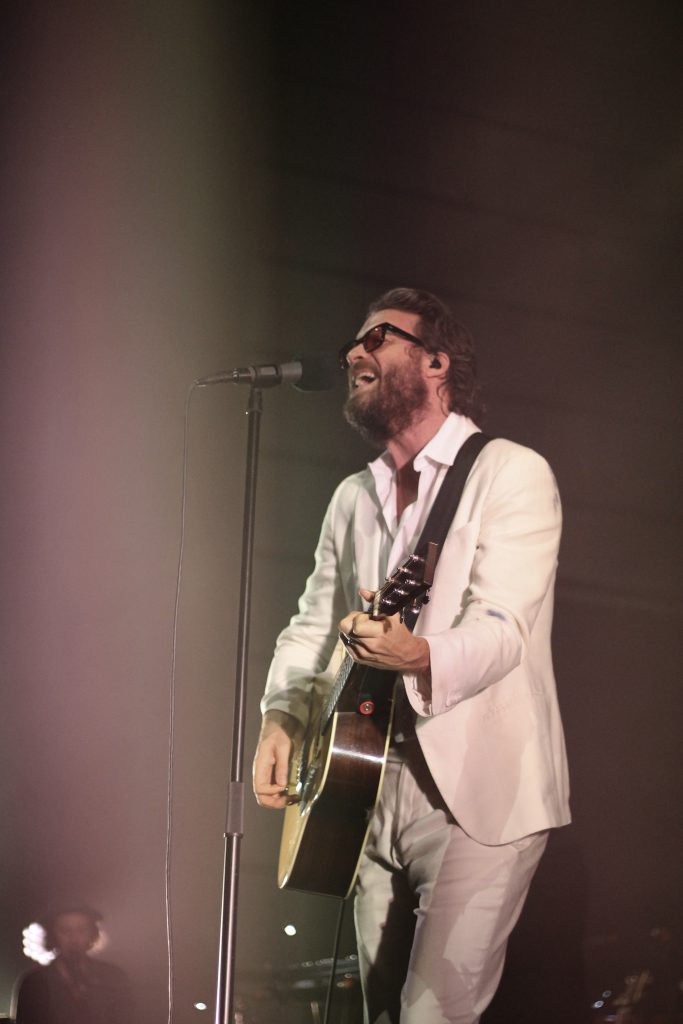 When Josh Tillman (who records under the name Father John Misty) released I Love You, Honeybear in 2015, I fell in love with his music all over again. Honeybear instantly became one of my favorite albums of all time. The tenderness that seeps through his sarcastic persona helped to create an exquisite album. I was lucky enough to see two shows on that tour — first at a theater venue, and again a year later at a festival where I was so close, I touched his mythical beard.

Even though he’s known for his humorous persona, I believe he is at his best when he writes and performs songs from the heart. Pure Comedy is a great album, but I was excited for God’s Favorite Customer because it marked a return to the personal. I chose not to go to the Pure Comedy tour because I didn’t feel the same connection with it as with his other material. 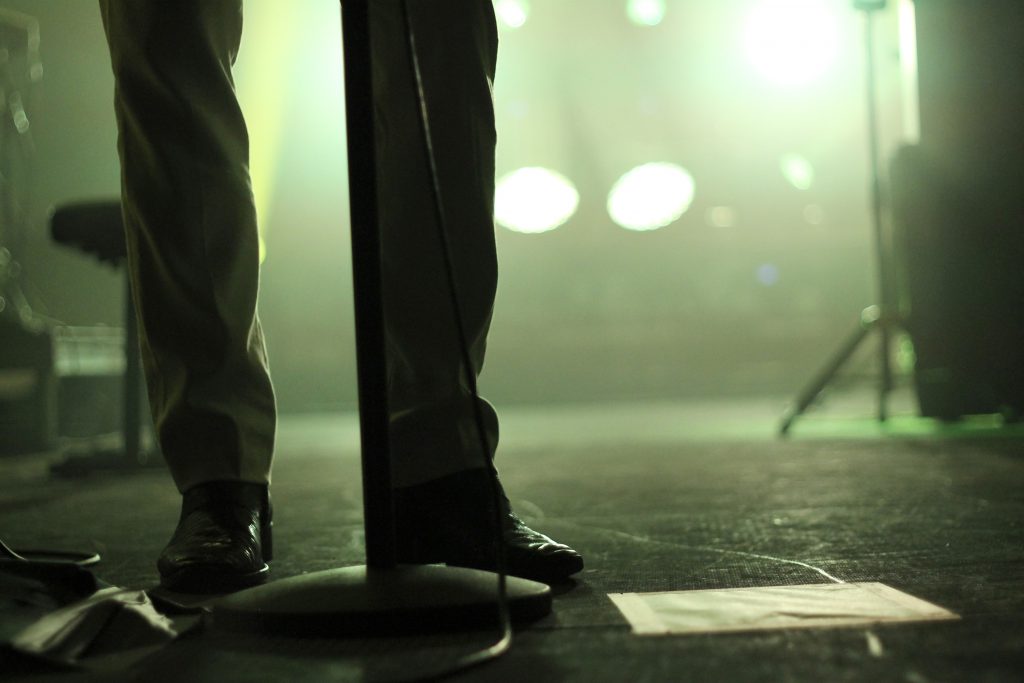 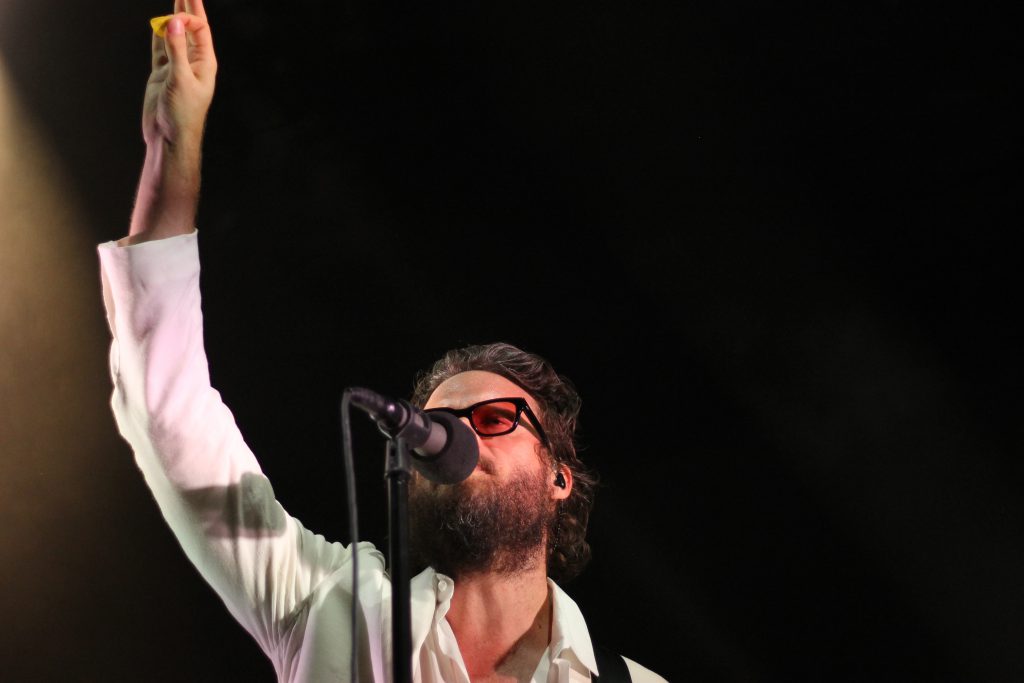 Coming into this concert, I was unsure of what to expect, both in terms of his performance and what he would perform. Since I last saw him live, he has grown exponentially in popularity. In his personal life, he has spoken openly about his drug usage to self-medicate for anxiety and depression. There were rumors that he and his wife had split. Before releasing Pure Comedy, he got in trouble for ranting at a music festival where he only played two songs of his set. I was worried he wouldn’t be the same performer that had mesmerized me.

He walked out wearing an all-white suit and was backlit with white light, appearing nothing short of messianic. Despite seeing him live so many times, this experience felt completely new. It was a far larger venue and had a more technically complex lighting and sound set up. In addition, the larger stage allowed him to utilize a string section and several horn players. It also allowed Tillman to switch between playing several guitars and piano. He played a mixture of old and new songs to satisfy all his fans. Even during older songs, he utilized new arrangements. With them came the opportunity for him to find new meanings in his songs. During “Bored in the USA,” he specifically emphasized the lines “I’ve grown more disappointing to you / As my beauty warps and fades.” 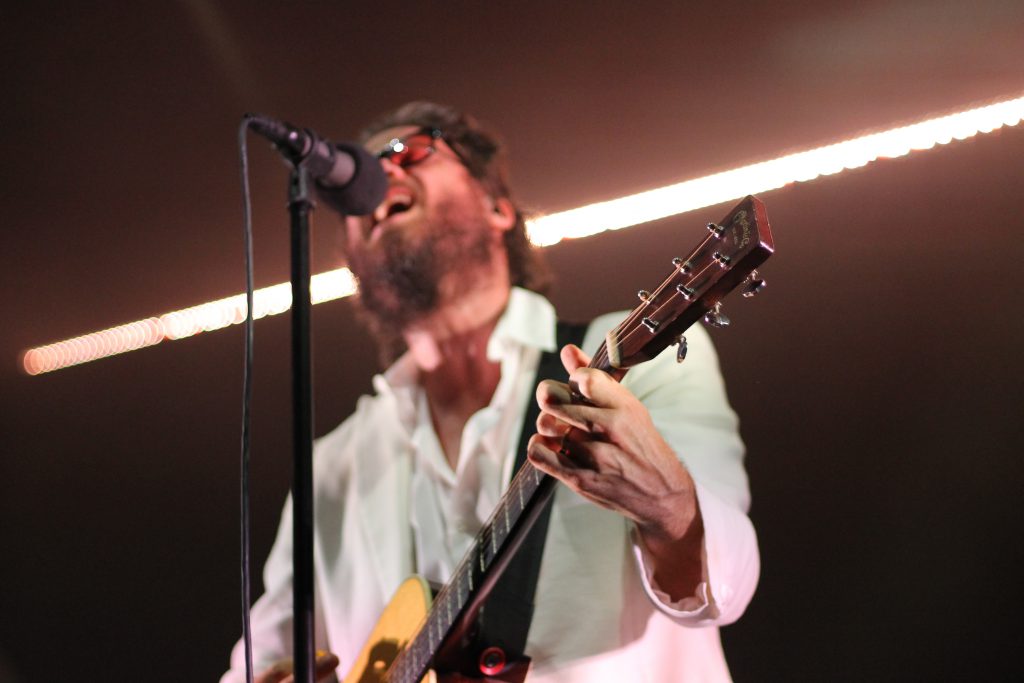 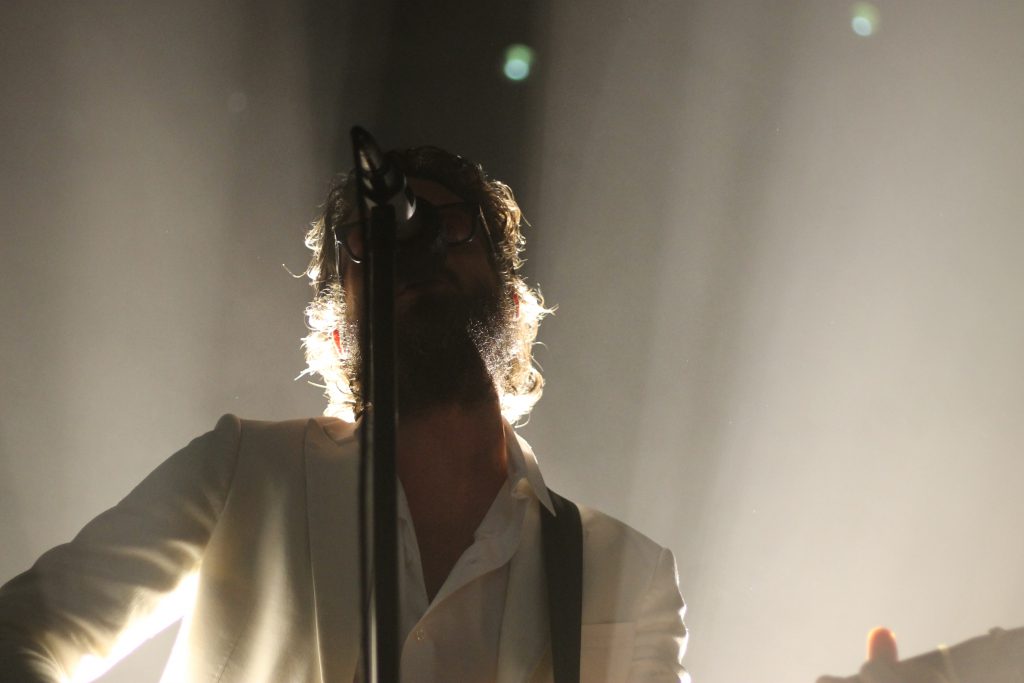 The set seemed to signal a wiser, more sobering version of the Father John Misty persona, although his sense of humor remains. Oftentimes, especially during the Pure Comedy era, people lost sight of Tillman amid the mantel of Misty. This concert proved to me that although Misty remains, Tillman has struck a new-found balance of the character and being his real, vulnerable self. Several of the songs moved me to tears, including the new ballad, “Please Don’t Die.” I was worried that his personality wouldn’t be the same. It wasn’t. He has become more authentically himself, and for that I was grateful. After being a fan for five years, I’m just happy he has found balance and peace. It shows in his music and and it showed in his performance.

Do not miss your opportunity to see Father John Misty on tour in the U.S. throughout October, before he heads to Europe to close out the year. Check out some photos of his opener, Bully, below. 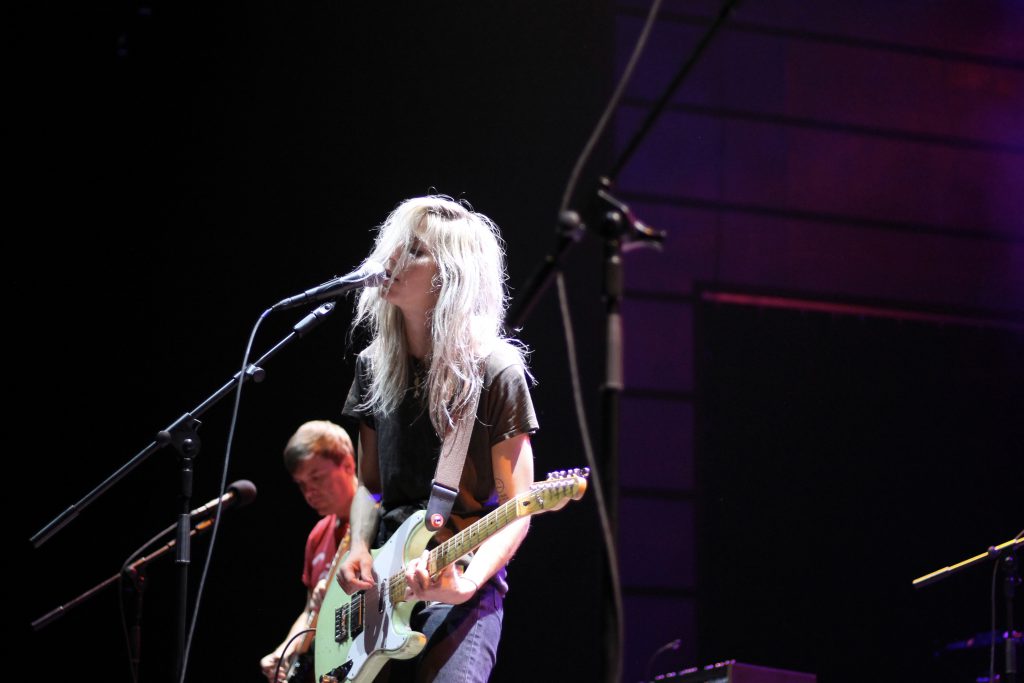 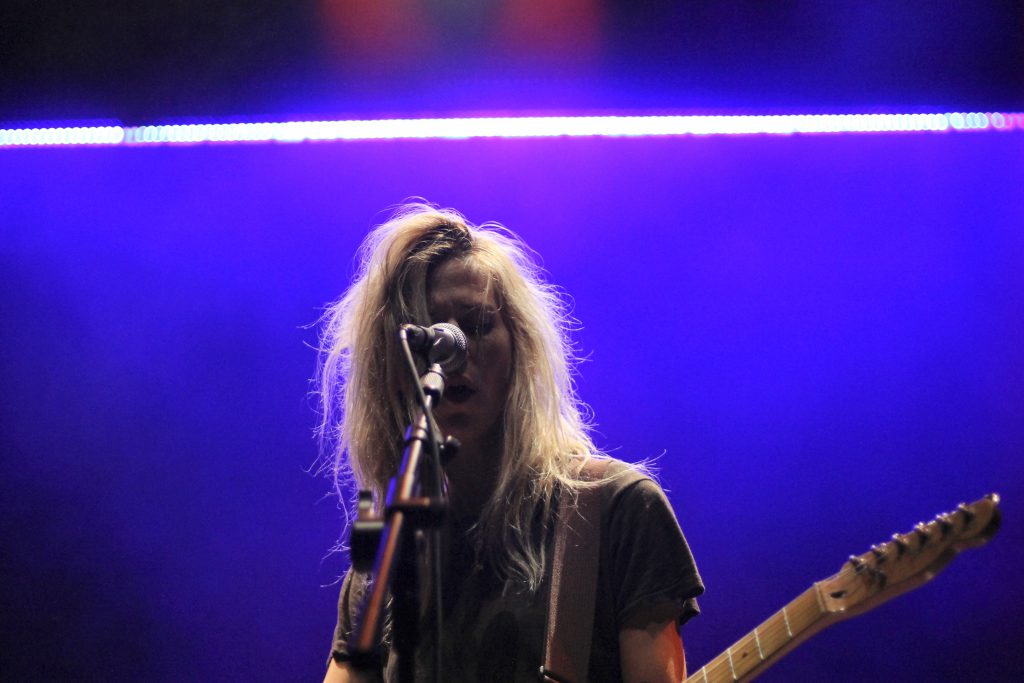 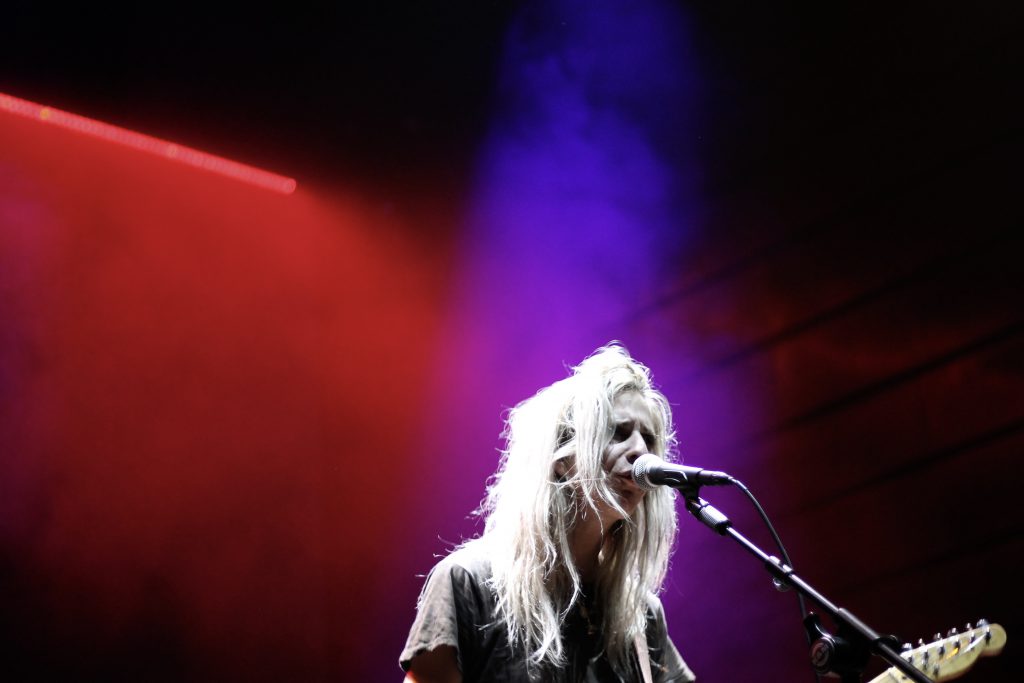