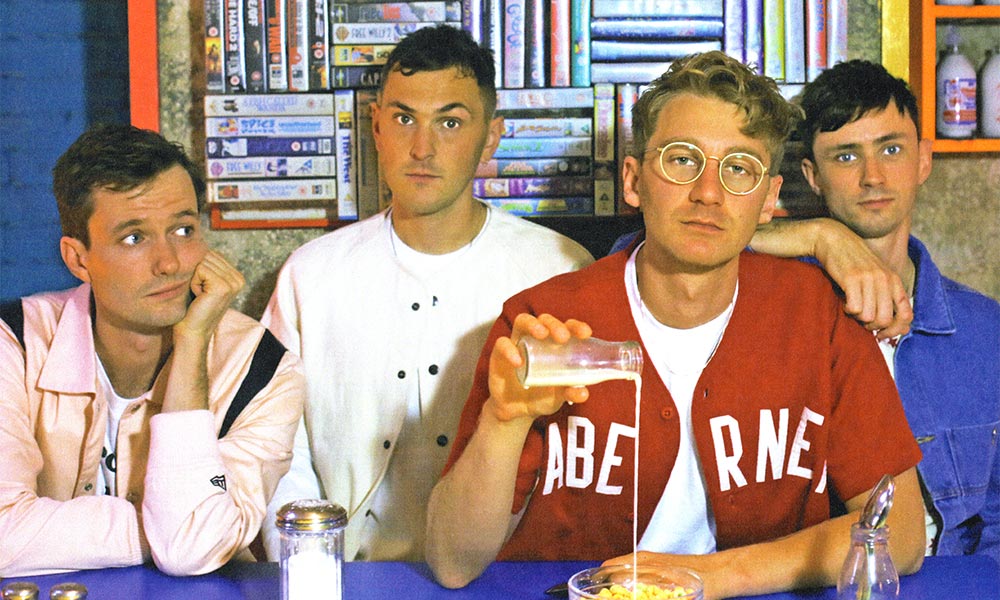 Some bands are worth going the distance for; Glass Animals is one of those bands. Truthfully New York City isn’t actually all that far from Philadelphia, unless it’s a Wednesday and you’ve got a busy, class-filled Thursday—in that case it may not make too much sense. Still, I figured they would be worth it.

GA’s show two weeks ago was small, intimate. There was no opening act to occupy the Music Hall of Williamsburg’s small stage as we waited; instead, excited chatter and a curated playlist filled the venue. Finally, some half-hour after their start time, the band simply hustled on stage and began the show with an energetic performance of one of their latest singles, “Tokyo Drifting.” Through the first few high-energy songs, I waited for front man Dave Bayley to offer more than the conventional “Good Evening, New York!”—to converse with and bask in the crowd—but it never came. Instead, the band let their music give their greetings and tell its own stories. It seems they always have.

The Deja Vu Tour marks the UK-based band’s first in the United States since 2018, their first full tour since their drummer’s serious lorry (truck) accident that July. This tour’s North American path revisits some of the venues they played when they first headlined a tour on the continent. I really only know this from their digital newsletters and Instagram posts, as I didn’t begin listening heavily to the band until the end of last year when I ventured past my favorite two singles of their 2016 album, How to Be a Human Being.

In the search for a unique, eclectic sound, it’s hard not to fall in love with Glass Animals. They skillfully blend alternative pop and indie rock sounds to create experimental and genre-bending jams for any mood. Their second album tells stories with intention, each song representing a character on the album’s cover, based on people the band met while touring their first album, Zaba. My love for this sound and experiment (and never knowing when next a beloved group will tour again) pushed me to sojourn to their sold-out show in an unsettlingly quiet part of Brooklyn.

On stage, Bayley had a ball with his bandmates and childhood friends. The seamless movement from high-energy “Life Itself” to mellow “Black Mambo” set the show’s tone, controlled their pace and crowd. They could take the show up, down, and up again, moving between albums and emotions with ease. With “Tangerine” towards the middle of the show, an unreleased song from their upcoming record, Bayley seemed almost shy as he announced it. He was most at home it seemed, when he was performing. And under changing lights, Glass Animals performed new, old, and older songs. We sang and danced along as GA powered through a vigorous show, adding little commentary in between.

There was one notable pause: “Joe Seaward,” Bayley said during a transition and we cheered as they launched into their next song. It was a simple and powerful call of support for the resilient drummer that had survived the crash, a reminder that this show might not have been possible in the case of a different outcome. It was a small embrace in the moment—between the crowd and its band. And all night as I reveled in the novelty of the show, veteran fans embraced the déjà vu of a well-loved setlist.

I missed the end of the show—I had a bus to catch—but with one of my favorites played— “Youth”—I had seen enough. Besides, I was already struck by the same fever as the rest of the fanbase: “Release the album already,” a fellow concert goer exclaimed after “Tangerine.” I agree completely. Thanks for the show, I want to tell GA, we all want to tell GA. Now release the album already! If this show was any indication of what’s ahead, we’re too ready for it.