Skip to content
HomeConcert Reviews Blood Orange at the Fillmore 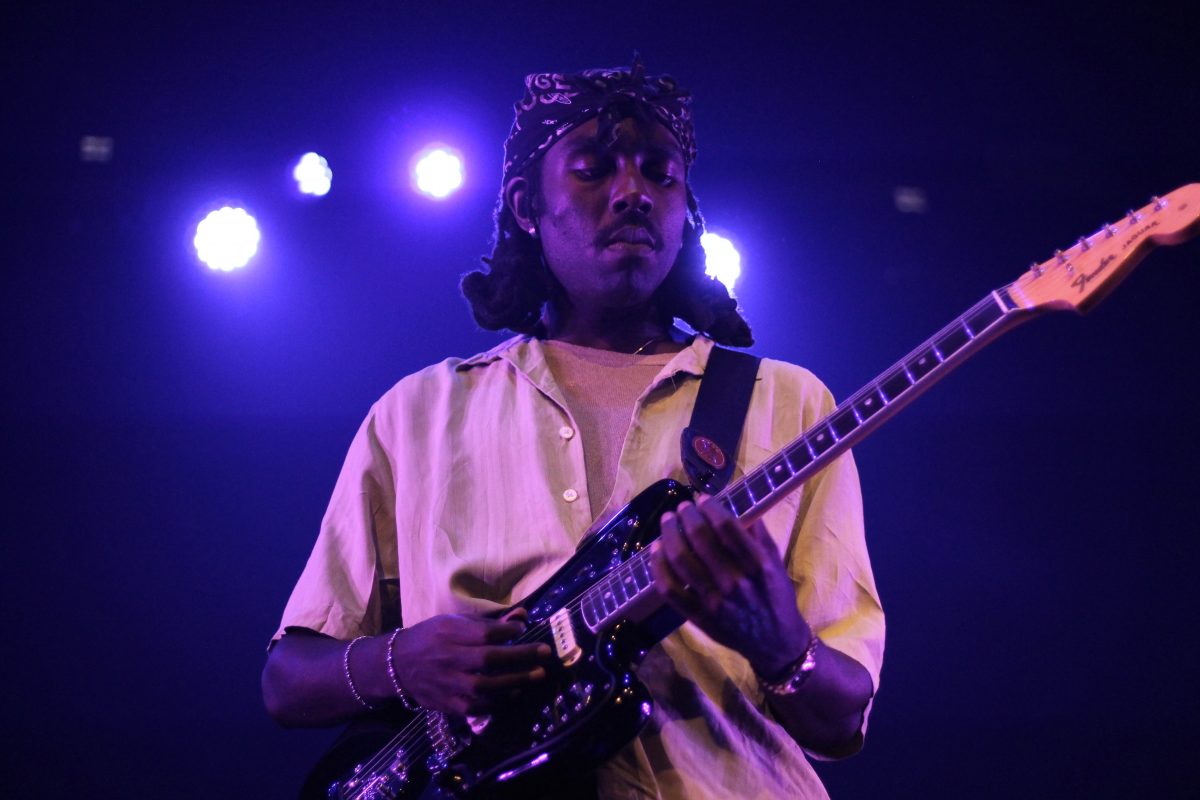 Last Thursday, Blood Orange, the stage name of Dev Hynes, entranced the audience at The Fillmore. Playing a mix of songs from his new release, Negro Swan, and hits from his older albums, Blood Orange created an aura of otherworldliness. Despite the variety in his music, the show felt cohesive: the atmosphere was simultaneously ethereal and danceable.
Hynes himself is an electric and captivating performer. Although not particularly energetic, he held the attention of the audience for the entirety of his hour-long set. He moved elegantly and fluidly, blurring the lines between dance and motion. His understated grace made him a natural performer.
Aside from Hynes himself, I was very impressed with how he highlighted each performer and musician in his band. He gave each of his backup singers multiple solos, showcasing their stunning ranges and tones. Similarly, many of his backing musicians were also given solos—some on multiple instruments. At the same time, Hynes was comfortable playing on his own, alone on the stage. Hynes’s own musicianship should also be noted, especially his piano- and guitar-playing. I felt privileged to witness such a talented performer.
Hynes held the crowd enraptured. Fans cheered for old and new songs alike. They danced and sang and absorbed the performance. Though Hynes was cool and collected throughout the performance, the crowd couldn’t have been hotter. Undoubtedly, this was a concert they (and I) won’t forget.