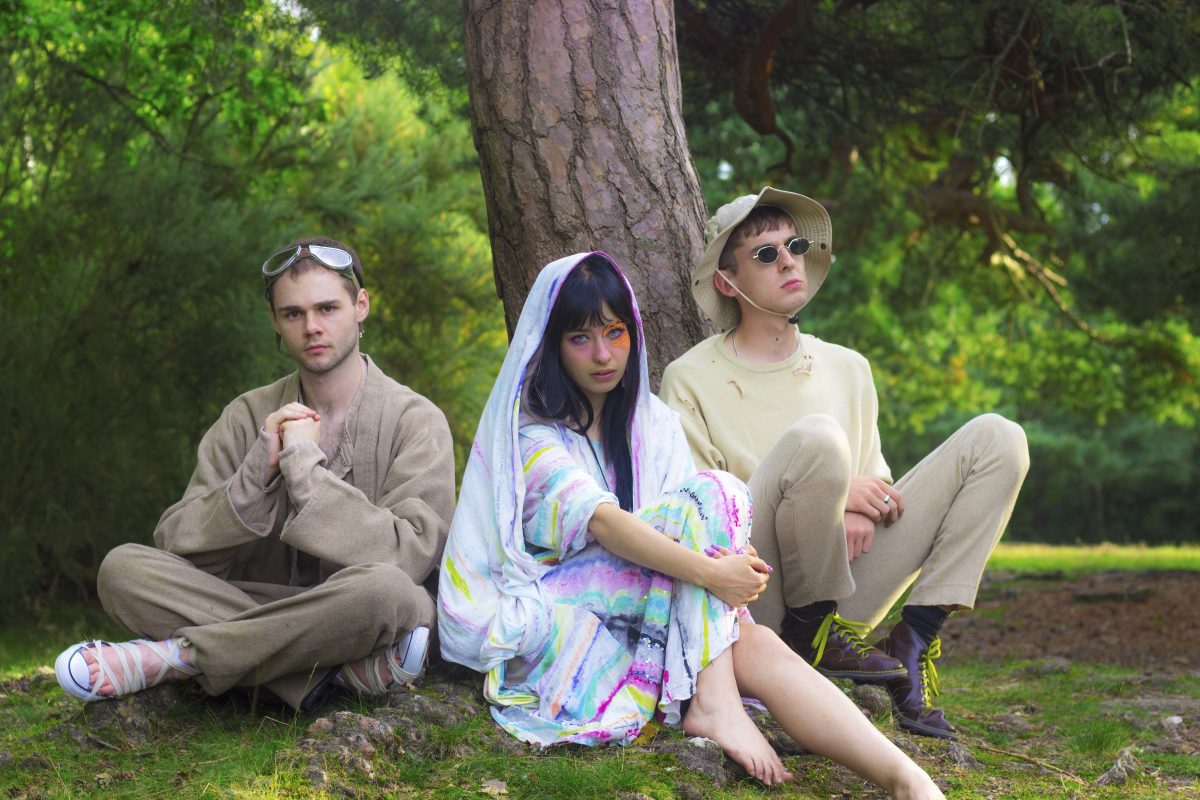 Kero Kero Bonito makes exceptional music for being alive. When you think about the experiences that musicians write songs specifically for, there’s not really that much variety. Lots of great songs out there about love, moping, and Christmas, but what about the rest of it? Kero Kero Bonito’s songs draw on these mundane quotidian occurrences and pair it with absurdly sick beats.

Their song “Waking Up,” for example, there’s no one else who’s got a song about this thing you do every day. Or “Graduation”, which is burned into my brain anytime I think of or thought of graduating. So much of what I think about only Kero Kero Bonito has music for. If music’s going to serve as a decoration for our lives, our relationships, good times and holidays, it’s nice to have something that captures the mundanity of doing nothing, hearing a good song, or demolishing doofuses in Smash Brothers. It’s music for doing things and being alive.

Undoubtedly, the crowd at the Wednesday Union Transfer show were extremely alive. I never would’ve expected otherwise, but still I was struck by the verve and vigor with which the people next to me discussed Hegel and salvia (best appreciated separately, evidently). There wasn’t too much time for the dialectic though, as the crowd was soon thrust into having a good time.

The Kero Kero Bonito live experience is a brutal, no holds barred cage match of having fun and enjoying music. It was truly relentless as the band cruised through three albums worth of synth-pop adrenaline and distorted catharsis, creating a seamless balance of their saccharine melodies going for the jugular while the self-oscillating noise freak-outs offered some subtler moments of reflection. There was a surreal space we often entered between songs like “Flamingo” and “Only Acting”, two songs almost opposite in style and sound, where it became clear that genre and timbre are entirely fabricated categorizations and the real truth lies in the abstraction of whatever makes you feel something. Seeing the pit open up for a song like “Swimming”, all the kids wiggling their appendages around like sea anemones’ tentacles, was the kind of occurrence that only occurs to a crowd really feeling something.  I think their music makes me feel something; I hope they make you feel something, too.

Here’s the tricky thing about writing about Kero Kero Bonito; not only are they good in the ways I already mentioned, but they’re good in endless other ways, too. This cannot be overstated: Kero Kero Bonito is a good band. I will be seventy-three years old in the nursing home telling my grandchildren (who are only there to assuage guilt) how incredible it was to hear their sound in person. I’ll probably still be talking about when they had a quick jam on “Baby Shark” in-between songs. They’ll be sticking in the dentures just to shut me up while I’m going on about how the voicemail interlude of “Break” was extended to include all their touring members in a gesture of friendly kindness and that I too was once young and had friends.

Of course this is all hyperbole; there’s no way I’ll live to seventy-three or that any of us will have descendants inhabiting the earth. It’s even when I have this thought daily (often constantly) that KKB continues to be relevant with their steadfast dedication to making life music. Just by the transformation of daily moments into a sick beat, the surprising truth that life is actually pretty good is made enduringly present. This is even saying nothing at all about their newest release Civilisation I which directly addresses the global apocalypse situation we’re all pretty much used to. Surprisingly, despite the drastic shift in subject matter, that same feeling of living was captured adeptly as the new tracks became essential parts of the Kero Kero Bonito’s eclectic and affirming performance.