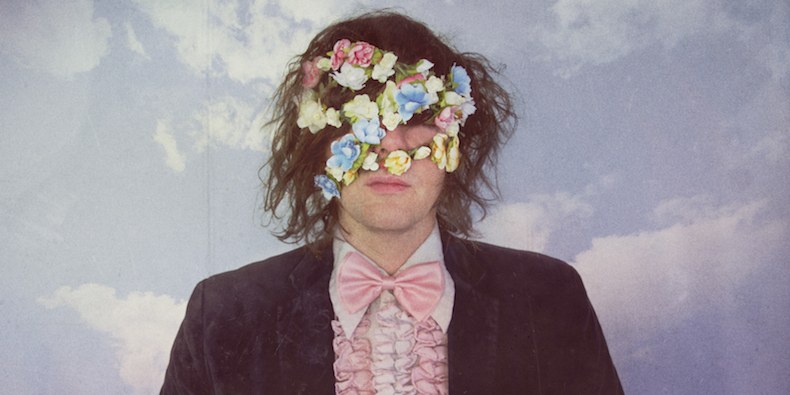 Philadelphia-based punk band Beach Slang is making a return to their hometown with a show at Underground Arts on July 14 – only this time, they’ll be coming home as Quiet Slang.

The new moniker is part of front man James Alex’s project to return to the acoustic roots of their characteristically rock sound. He’s swapped the electric guitar for a cello, and his sharp screaming vocals for long breathy ones. For a more direct comparison between the two styles, give a listen to “Dirty Cigarettes” from Beach Slang’s 2014 EP Cheap Thrills on a Dead End Street and then to a new version of the same song on Quiet Slang’s new album, Everything Matters But No One Is Listening. The overall structures of the two are pretty similar, but the new acoustic version undoubtedly gives a better focus to the lyrics. Where the original filled the spaces between verses with heavy guitar riffs, the new one leaves them mostly open, letting the full weight and sadness of Alex’s words sink in.

Perhaps we can all learn something from a line in that same song: “I get in trouble / When things get quiet.” Here, Alex expresses that now familiar millennial malaise of overwhelming ourselves in constant work or social media or any other of countless distractions. His challenge to this trouble is Quiet Slang, in which he forces his music to be quiet, allowing his words and sounds to be more vulnerable than ever before.

The idea for Quiet Slang came after a raw performance of early Beach Slang songs on NPR’s Tiny Desk. Alex performed the short set alone, with only an acoustic guitar in hand – far from the band’s usual crazed distortions. But the positive reception it received encouraged him to release the first Quiet Slang EP in 2017, which featured covers of Big Star’s song “Thirteen,” and The Replacements’ “Androgynous.”

The ten songs on Quiet Slang’s new album are all slowed, stripped-down versions of earlier Beach Slang ones. Though the punk band recently toured with Dashboard Confessional, they haven’t released any new original music since their 2016 album A Loud Bash of Teenage Feelings, and have undergone some reconfigurations in their lineup after the departure of drummer J.P. Flexner. But worry not – Alex has assured fans that the advancement of Quiet Slang by no means implies an end to Beach Slang.

While the upcoming album release show may be much different from the head-banging rock of Beach Slang’s previous performances, the experience will most certainly be a needed one. The title of the album itself, Everything Matters But No One Is Listening, is a mantra of Quiet Slang that criticizes the lack of prolonged focus, particularly on art, that currently plagues our modern culture. Alex and Beach Slang have always backed their words with screaming punk instrumentation, but now is a rare chance to listen to and understand those same screams on a new and more quiet, emotional level.

Be sure to check out their show on July 14th at Underground Arts, tickets are available here.