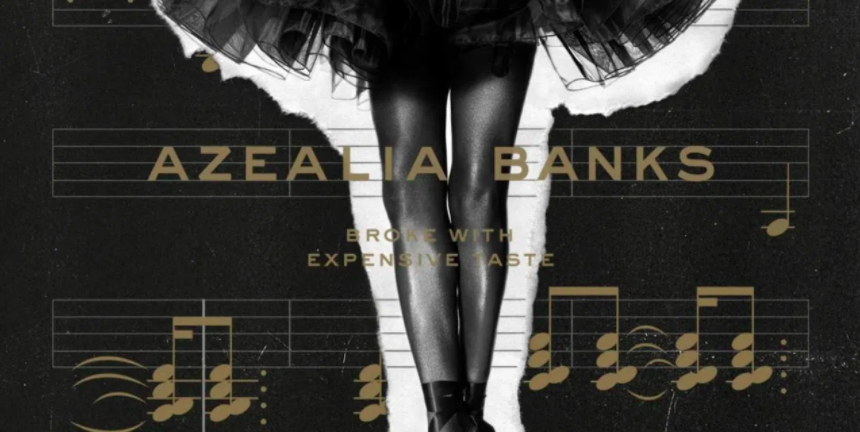 Most people hear the words “Azealia Banks” and immediately replace whatever was next with “problematic, homophobic, racist,” if they even know who she is. Banks has had her fair share of public feuds with celebrities like Rihanna, Iggy Azalea, Lana del Ray, Perez Hilton, just to name a few. She ranted on her Instagram story, “I fucking hate you fat Lizzo,” hit a French flight attendant and called him a “fucking f*****,” and called Zayn Malik “a sand n*****.” But in the midst of these seemingly inflammatory comments, there is some truth to what she says. Banks, a black female bisexual, calls out privilege. She speaks out against the appropriation of black culture by white homosexuals and others, albeit in a non-PC way. She was outraged at the Grammy’s nomination of Iggy Azalea’s, a white female rapper, over black females in the Best Hip Hop Album category. As “problematic” as the public makes her out to be, there are just as many men who have said more ridiculous statements, like Kanye, or even abused women, like Chris Brown and R. Kelly. The public are able to look past their flaws and listen to their music, and that warrants another look at Broke With Expensive Taste, nearly 5 years after its initial release.

Broke With Expensive Taste encompasses Azealia’s essence. Banks grew up in a part of Harlem near Washington Heights, where house, R&B, rap, bachata, and reggaeton intersect in a musical harmony. When she was 17, Banks’ mother told her she had to leave the house and support herself. The album’s title suggests its theme: a young, starving artist on Harlem’s streets dreaming of a life being famous. In “Gimme a Chance,” a track sampling “Knock That Door” by indie rock band Enon, she points to this theme, “I’m dreaming it big, 2Pac et Shakur, Harlem girl from the block.” Referencing the Dominican culture of Washington Heights, the track switches into a merengue beat on which Banks raps, “Yo mucho pa ti, tu muy poco pa mi,” (“I am too much for you, you are too little for me”), unapologetic for her bombastic public persona.

In “Desperado,” a track sampling UK Garage classic “Bandelero Desperado” by MJ Cole, Banks adds the sounds of “an Uptown bound 1 Train,” referencing the direction towards Harlem while rhyming on a constant whir that just keeps coming. That constant locomotive feeling moves throughout the remainder of the album, pulling all ears along with it. “212”, Banks’ big break to fame and her most popular song references Manhattan’s area code. She famously raps, “Imma ruin you c*nt,” which electrified crowds around the globe infatuated with her extremely offensive language.

“Yung Rapunxel,” a reference to Banks’s long weave, is known for producing that iconic 2015 Coachella GIF in which she is cathartically screaming into a megaphone about men who are dogs all over an industrial, hip-house beat. Soda addresses Banks’s mental illness and drug addiction battle after a breakup: “I’m tired of trying to try not to cry,” which in the next track, “Chasing Time,” she concludes with, “feel like you’re more of a homie, please, you don’t even know me.” The duality between looking back at a relationship and looking to the future is even more apparent in Chasing Time’s music video in which Banks references the likes of 90s artists Lil’ Kim and Aaliyah with her outfits, and contrasts them with futuristic graphics and fashion.

“Luxury,” a classic house track, calls the listeners attention with “Hey, hi, hello, yo what’s up,” giving flirty banter with a rich older man vibes while honoring the ballroom culture of New York. The last two tracks “Miss Amor” and “Miss Camaraderie,” produced by UK house producer Lone, feel like blasts of fresh, cool air. Banks raps about her classy swagger with lines like, “Politer higher society, attire, tea a style.” No other rapper, male or female, has even attempted to rap with such charisma and grace on house beats, much less Lone’s ambient-like tracks. Banks’ singing and rapping over a plethora of genres establishes her as the unique, high-class, indie, alternative, hip-hop artist she portrays herself to be throughout the album. Childish Gambino captures Banks’s artistry in his “Feels Like Summer” music video by portraying various hip-hop artists along with Banks, who is in a tree by herself above them all while wearing her hipster outfit from her “Luxury” music video.

A couple of weeks ago, Hot New Hip Hop released a list of the 25 best debut hip-hop albums of the century. Among the list were two women, one of whom was Banks with BWET. Kanye West called her “the future of music.” Form your own opinion about Banks, but her artistic presence is undeniable. She continues to draw packed crowds wherever she performs despite attempts by the mainstream media to cancel her. Perhaps Banks’s biggest contribution to hip-hop is not her music (although it is the best out there), but the questions that she raises about gender, sexuality, and race. Are female rappers treated equally? Why should the Grammys, consisting of majority white people, make decisions on “best rap album?” Should artists be held to the same ethical standards we hold politicians? Through the unique sound of BWET, Banks asks the public to reevaluate both the musical and political capitalistic mainstream to which we have all been subjected.