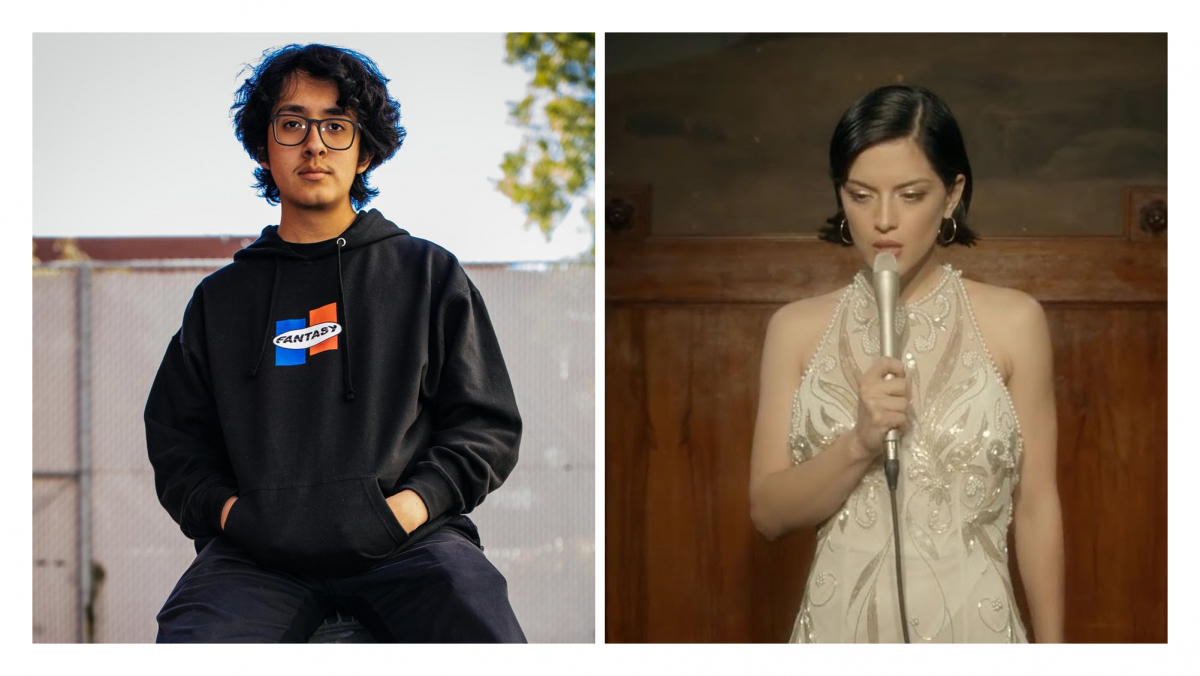 I sometimes find that as I listen to this type of music, most of the artists are white males. So I naturally got excited when I started noticing more people of color (particularly from the California area), and since I am Venezuelan-American, the Latinx representation is near and dear to my heart. Here are some of my favorite Latinx artists within the alternative “bedroom pop” genre! The order isn’t that strict, I genuinely enjoy all these songs, and think they’re worth your time:

This is number one on my list as the very first bedroom pop song I heard that was completely in Spanish. The song starts off with simple chords on the synth, and an almost trap-like beat. Cuco then begins crooning, singing about a deep and true love that will, as the title states, last forever. The song ends with a hazy trumpet playing the melody, reminding me of the role of the trumpet in traditional Mexican music. Hailing from the L.A. area and of Mexican descent, Cuco (Omar Banos) seems to have been using this strategy to accumulate a large fan base consisting of young Latinxs, myself included. Not all his songs are in Spanish, some are in English, some feature some type of Spanglish. Regardless of the language, his music seems to pull on my heart strings and keep me waiting for more.

The energetic synths really set the tone in this one, preparing us for a fun upbeat song. Reminiscent of a 70’s disco pop track, Coqueta makes the listener want to dance. Paul Hernandez seamlessly transitions between English and Spanish partway through the song reflecting his heritage not only through the title of the song, but through his lyrics.

Basta Ya begins with a psychedelic chord progression that immediately hooks you in. Maria’s soft vocals make the song somehow seem intimate as if she’s singing to you and telling you to to come home to her love. The song is incredibly fresh; everything sounds very organic and real. During live shows the rest of the band contribute to the Spanish-language song’s vocals even though they don’t know what they’re saying. I find their support for Maria endearing. Born in Puerto Rico, Maria is making big waves in the alternative genre, being one of the only Latina vocalists within this genre.

Sheesh. This song is the tip of the iceberg as far as Omar’s talents go. He demonstrates his vocal range when he goes from softer simpler notes to belting various notes up to an octave higher. He sings about unrequited love in a very relaxing manner and then suddenly the song fades out, leaving you wanting more. The next track on the album is has a early 2000’s R&B beat and Omar starts rapping and mentions his race, showing his versatility and awareness which is even further revealed as you listen to the rest of his album Stereo. I’m looking forward to more music from this Indiana-based Mexican artist.

With simple dreamy guitar chords and slow drums to start this song off, Sebastian Roca’s raspy yet smooth voice comes in to compel you to stay in bed all day with your love. Evoking warm cozy moods is what I enjoy in this cold winter, and the vibe definitely fits with the title of the song. Citing inspiration from jazz icons such as Chet Baker, and bossa nova and latin fusion revolutionaries like Joao Gilberto and Jorge Ben, you can definitely sense their influence in his music.

With a chorus so catchy I sing it at the top of my lungs while walking down Locust, I had to include this one on my list. The guitar provides a consistent spirited beat throughout the song, and the synths backing the singers vocals mesh very well. Boy Pablo is a Norwegian-based band, started by Nicolas Pablo Muñoz who is of Chilean descent. A testament to the power of YouTube’s algorithm, Boy Pablo’s big breakthrough came when their song “Everytime” was suggested to everyone who was listening to artists such as Rex Orange County. With a Latino singer, and the name of he band alluding to his heritage, it is comforting to have another band with visible latinidad in this genre.